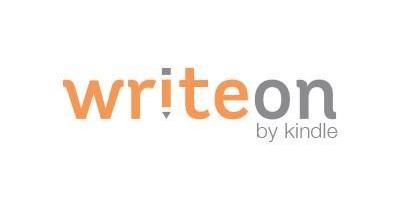 Updated on Friday morning with more information from Amazon.

Amazon’s Kindle Write On author community, billed as a “story lab” for authors to test ideas and get feedback from readers, will be closing on March 22, the company informed members of the community today.

The company said in a message on the Write On forums, “While we have been proud over the last few years to have brought together such a vibrant, active, and creative community, unfortunately we will be closing Write On’s doors on March 22. After this date, access to Write On will be unavailable.”

Write On was called “doomed from the start” by the e-book industry news site Good e-Reader when the service launched in beta in October 2014. One reason for that prediction: competition from Wattpad, a popular digital publishing site that likewise lets authors connect with readers and test their ideas for books and stories.

Even with that competition, Amazon had the benefit of its dominant Kindle e-reader business to give its author community momentum, but it appears that wasn’t enough.

We’ve contacted Amazon to find out the reason for the closure. The company is widely known for experimenting with new ideas and moving on if they don’t succeed.

“Judging by the lack of mentions on KBoards, Twitter, and elsewhere, Write On is closing because no one was using it,” opined Nate Hoffelder of The Digital Reader blog today.

Update: Amazon addressed the reason for the closure in a follow-up message in the forums.

One of our goals is to constantly be innovating on behalf of readers and authors, so we’re always trying out new things. Write On is one such experiment, and, unfortunately, we were not able to grow it in the way that we had wished. It was a tough decision, but it’s for that reason we have decided to stop offering the service.

We greatly admire and respect this community and the bonds you have forged. Even if Write On is no longer available to be your meeting space, we sincerely hope that you continue writing, reading, and helping each other.