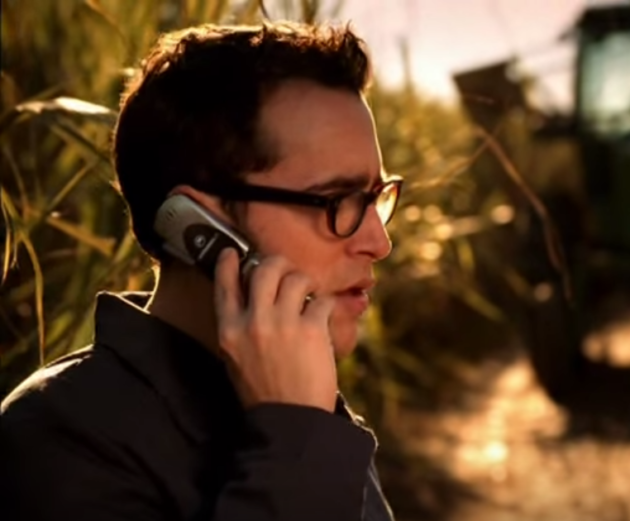 The “Can you hear me now?” guy is back — but he’s not working for Verizon anymore.

Paul Marcarelli, better known for his role as “Test Man” on Verizon’s classic “Can you hear me now?” TV campaigns touting the carrier’s network, is now doing ads for rival Sprint.

In a TV spot called “Paul Switched” that aired during Game 2 of the NBA Finals on Sunday evening, Marcarelli dons his familiar Buddy Holly glasses frames and talks about his switch to Sprint.

“I’m with Sprint now, ‘cuz guess what: It’s 2016, and every network is great,” he says. “In fact, Sprint’s reliability is now within 1 percent of Verizon. And, Sprint saves you 50 percent on most Verizon, AT&T, and T-Mobile rates.”

As Recode notes, that 50 percent claim got Sprint in a bit of hot water last week.

“Does anyone even really notice a difference of less than 1%?” Marcarelli noted in a press release. “But when it comes to saving money…. Sprint is by far the best choice for consumers. You get a highly reliable network and save 50% off most of the rates other national wireless carriers charge. Now that is noticeable.”

This is another bold marketing move by the carrier, which has been vocal about its competition over the past few years and is trying to fend off attacks by the marketing savvy of Bellevue-based and John Legere-led T-Mobile.

Sprint is the nation’s fourth-largest carrier behind Verizon (1st), AT&T (2nd) and T-Mobile (3rd). Here are some tweets from Sprint CEO Marcelo Claure:

1/7 Good evening @Verizon – someone special just joined #TeamSprint & I think you may recognize him… pic.twitter.com/78N36iFT0H

2/7 You know, the guy who used to ask if you could hear me now… #CanYouHearThat

3/7 He agrees that paying twice the price for less than 1% difference in network reliability makes little sense… pic.twitter.com/VQ41LDpIol