Six months ago, John Kueber was planning a cycling trip in the French Pyrenees Mountains. As he tried to make arrangements, he became frustrated that there wasn’t a good destination where he could find tips and details about other travelers’ experiences.

“I couldn’t believe no one was aggregating travel experiences like you can often find with hiking and trip reports,” he said. “And when I was cycling up some of those mountains, I was wishing I knew whether or not I could get a beer at the top!”

There was plenty of information available about hotels and restaurants but no one-stop shop for user-generated itineraries. He marinated on the idea during his trip and after he returned home. Then, when he was managing his vacation rental he realized every traveler he interacted with was looking for the same thing he sought on his trip to France.

That’s when he decided there was a hole in the market he could fill. He leveraged his experience as a former e-commerce startup founder and publisher of Seattle Magazine to create Jrrny, an online magazine that aggregates user-generated travel content. 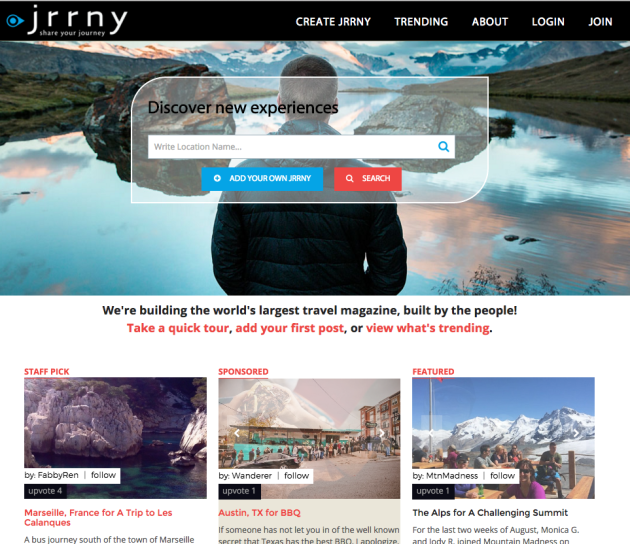 “That was the original driver for this business,” he said. “How can we aggregate experiences in travel and really take what a lot of bloggers are doing on an individual basis and pull them into a single community, like Medium.com is doing for thinking and commentary? We want to do for travel.”

The Seattle startup officially launched Feb. 23, with the help of several angel investors including Ted Ackerley. Earlier this week, Luxe General Manager Chris Castello, who previously served as an executive for HotelTonight and Postmates, joined Jrrny’s board of advisors.

The site operates on an upvoting model and plans to launch some “BuzzFeed-like” viral content in the coming weeks to generate interest. Jrrny’s long-term strategy is to sell sponsored content to help the hospitality and travel industries market themselves.

But in the short-term, the startup is courting vacation bloggers and avid travelers to build out content on the site. 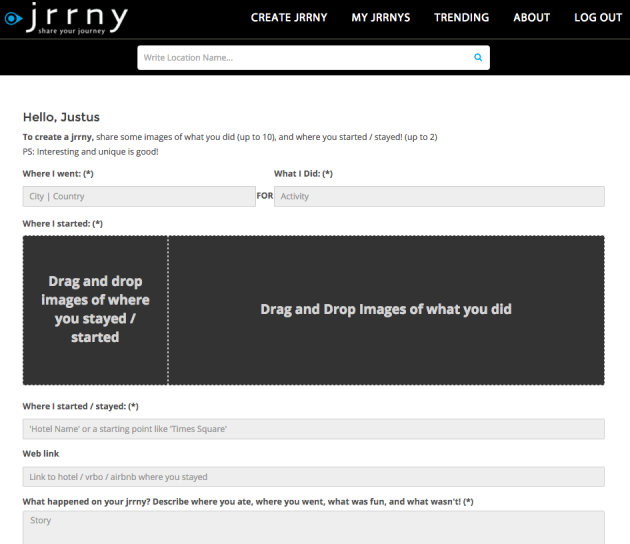 “Ultimately, user-generated content is magical,” said Kueber. “It’s an authentic voice. I come from the magazine business and…there’s only so much content you can produce as a traditional travel magazine or travel brand. When you’re building user-generated content, you can build a content library quickly and it becomes a whole different beast where people recognize, ‘Yeah, this isn’t necessarily the familiar voice of Conde Nast Traveler but wow, I’m finding a lot of great experiences and a lot of new ideas that I wouldn’t otherwise find.'”