Seattle real estate brokerage Redfin announced two additions to its board of directors today: Julie Bornstein, COO of San Francisco-based fashion retailer Stitch Fix, and Robert Bass, who retired from a 40-year career at professional services firm Deloitte, including a stint as the company’s vice chairman, in 2012.

“I joined Redfin’s board because I believe in the company’s mission to give folks honest, high-quality advice and better, faster service from their real estate agent at a low fee,” Bass said in a statement.

“I also saw a company that shared my commitment to client service and integrity. We both insist on doing exactly what is right, when it is right, and taking a thoughtful approach to long-term profitable growth.”

Bornstein brings experience in leading marketing and digital efforts and Sephora, as well as experience as the e-commerce lead for national fashion brands Nordstrom and Urban Outfitters.

“My first encounter with Redfin was as a customer, selling my home,” Bornstein said in a statement. “Getting to know the company’s executives, I found we both used data to figure out what customers want, and to serve those customers more efficiently. I know from personal experience that this is a company making a big difference in each of its customer’s lives, and now I’m excited to make a big difference as a board member too.”

— Digital signature and transaction manager DocuSign brought aboard Tom Casey as senior vice president of engineering this week, following a shakeup in its executive team in May.

“As the world leader in Digital Transaction Management and eSignature, DocuSign has created a platform and service that is loved by consumers and businesses alike,” Casey said in a release. “DocuSign is a product I use regularly, and I’m thrilled to have this opportunity to help drive the next wave of innovation to help people go digital with DocuSign to keep life and business moving forward.”

Casey is also a co-founder and active advisor at 9Mile Labs and has decades of experience in software development and entrepreneurship in the Seattle area.

— Data storage startup Qumulo, which has raised significant cash since it came out of stealth mode last year, has announced the addition of Eric Scollard as its vice president of worldwide sales.

Scollard comes to the position from data analytics firm ExtraHop, and has several other high-level positions in worldwide sales under his belt at a variety of data and storage companies.

“I’ve been working with Qumulo since its inception in an advisory capacity and am impressed with the accelerating growth and customer traction,” said Scollard. “This is an amazing technology that is going to change the industry like we did at Isilon. We are building a world class sales organization to deliver this technology to our customers and partners.”

— Planetary Resources, the asteroid mining company based in Redmond, Wash., has added Luxembourg businessman and space agency advisor George Schmit to its board. The addition is the result of $28 million in investments and grants awarded to Planetary Resources by the small European country, as reported by GeekWire Space and Science Editor Alan Boyle.

Davis comes to Ancestry from his position as head of global talent acquisition at Dropbox, and previously held the same position at Amazon for four years. He will serve as Ancestry’s vice president of Global Talent.

— Parker Remick, a global executive search company, announced the opening of its Portland office today. The new office will be led by new directors Kelley Pecis and Jeff Markham, who join the company from Seattle-based Herd Freed Hartz Executive Search.

“Parker Remick is the go-to firm for today’s most innovative brands,” Pecis said. Previous to Herd Freed Hartz, she served as a managing principal at Oracle. “This is an exciting next step for me: Parker Remick’s consultants closely partner with clients and one another.

— Several notable execs have departed Walmart‘s e-commerce division, including Fernando Madeira, head of Walmart.com, Dianne Mills, senior vice president of global e-commerce human resources and Brent Beabout, senior vice president of e-commerce supply chain. The departures were reported by the Wall Street Journal, and follow WalMart’s $3.3 billion acquisition of Jet.com in August in an attempt to keep up with rival Amazon.com. Jet.com founder Marc Lore is in the process of taking control of Walmart’s e-commerce division and reshaping the division’s operations. 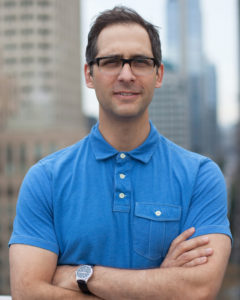 — Global branding and design firm Hornall Anderson announced the addition of Jason Gingold as its vice president of strategy. Gingold comes to the position from marketing and advertising company Wongdoody, and throughout his career has worked on strategy for clients including Microsoft, Amazon, T-Mobile, and ESPN.