What happens to relationships when finding a date is as easy as requesting a ride or ordering take-out? We certainly love the idea of having endless options but do they leave us less satisfied with the person (or pizza, for that matter) that we ultimately select? 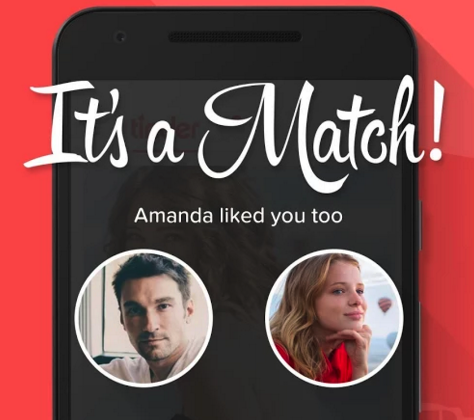 These are questions that psychologists Jonathan D’Angelo and Catalina Toma set out to answer. The two University of Wisconsin-Madison professors found that having more choices on services like Tinder, Match.com, and OkCupid, leaves singles less satisfied with the potential partner they end up choosing.

They surveyed a group of about 100 undergrads, who said they were interested in meeting a partner through online dating. The group thought they were helping researchers test a new dating app. Half of the participants were asked to choose one potential partner from a small group and the other half selected from a larger pool. All profiles that the students viewed had been pre-vetted and rated equally attractive by an outside group.

So what’s going on here? Although studies have shown that having more options leaves people feeling less secure in the choice they ultimately make, researchers haven’t come up with a definitive reason. Many say that knowing there are so many other options out there increases our sense of regret. When it comes to online dating, this effect is magnified. If you’re unsure about your selection, there’s an endless stream of alternatives just waiting for you to swipe right.

Here’s what Toma and D’Angelo have to say about this phenomenon:

The choice overload effect, or the notion that having more choices decreases satisfaction with the item selected, has received robust empirical support for a multitude of low-stake choices, such as inexpensive consumer purchases. In applying this framework to online dating, we pushed its boundaries from choices among objects to choices among people, and from low-stake to high-stake choices. The predicted effects emerged in online dating, underscoring the robustness of the choice overload framework across a variety of different types of choices.

Their findings are significant because technology is driving the biggest disruption in dating culture since the feminist revolution. As a generation adjusts to a new frontier of romance where all the rules remain unwritten, online dating has become a lightning rod. Endless think pieces bemoaning “hook-up culture” blame apps like Tinder for the “dating apocalypse.”

But perhaps this is an oversimplification. Online dating may be more of a symptom of our changing culture, than the cause. Many millennials are rejecting traditional relationships and marriage, an institution that for the first time in history isn’t expected of an entire generation. People have more options — and less free time — than ever before. An increasing percentage of women enter the workforce alongside men, and advances in technology make it possible to work longer hours outside of the office.

This all means that singles have less time, and finding a long-term romantic partner may be a lower priority. In the busy lives of the average young person living in 2016, efficiency is key. Why not survey hundreds of options in an hour rather than hope to meet one every few weeks through serendipity? But as D’Angelo and Toma’s study shows, increased efficiency comes at a cost. Having more options in our work, home, and now even dating lives, makes it increasingly difficult to know we’ve made the right choice.