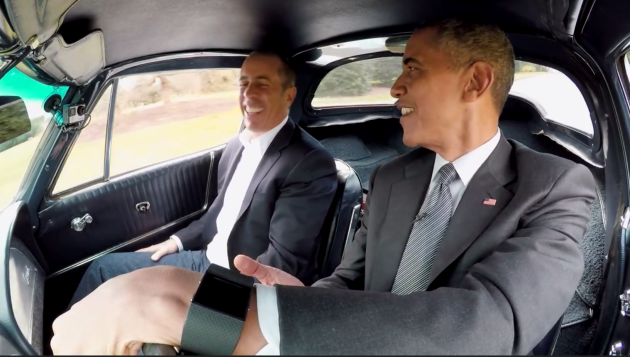 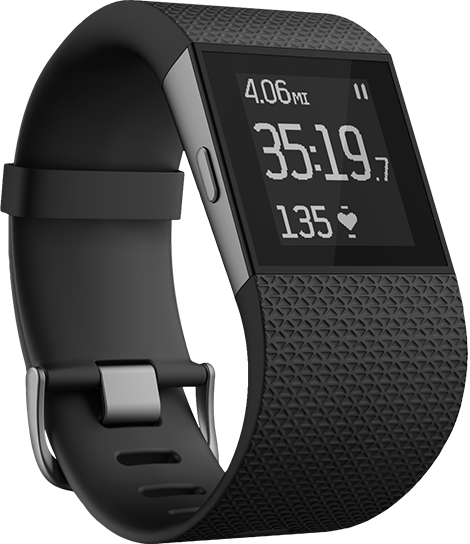 This past March, the commander in chief was spotted wearing a Fitbit Surge, a $250 GPS-enabled wearable that tracks steps, heart rate, calories burned, and more. It also lets users see notifications and control music from their smartphone.

Then, this week, Obama was a guest on Jerry Seinfeld’s online show Comedians in Cars Getting Coffee. Near the end of the video, you can see the Fitbit on Obama’s left wrist as he drives a 1963 Corvette Stingray Split Window Coupe with Seinfeld.

In February, Obama told Recode that he wanted to start wearing a device while working out and said he was interested in the Apple Watch. But, it looks like he ultimately went with Fitbit. As DailyDot notes, the president isn’t allowed to have a smartphone that has a recording device, so that may be one reason why he went with Fitbit over a Apple or Samsung product.

On a related note, Phactual reported that Obama’s Secret Service team likely disabled the GPS functionality in his Fitbit for obvious reasons.

Fitbit’s stock spiked 100 percent to $51 a share just two months after the company’s IPO this past June, but is now trading at $30 a share. 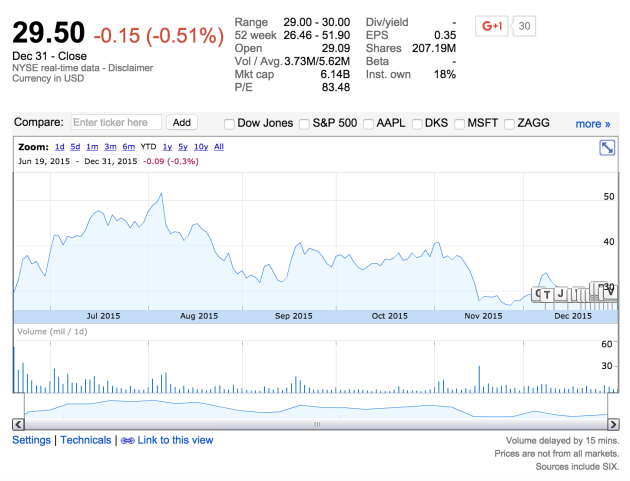