NEW ORLEANS, La. — On its surface, Venmo is a mobile app used by thousands of users each day to transfer money. But aside from being a convenient way to pay one another, the PayPal-owned company is seeing explosive growth for a completely different reason.

That’s according to PayPal CEO Dan Schulman, who spoke at the inaugural Microsoft Envision conference in New Orleans on Monday during a fireside chat with Peggy Johnson, Microsoft’s executive vice president of business development.

Schulman called Venmo one of PayPal’s “hottest properties” that is “growing quite dramatically,” with $1 billion transferred on the app this past January — up 2.5X from a year ago, and 10X from January 2014. PayPal acquired Venmo in 2013 via its $800 acquisition of Braintree.

“The usage is tremendous around it,” he said. “It’s in the middle of how millennials manage and move their money.”

One of the more interesting tidbits Schulman shared is that the typical Venmo user opens the app four-to-five times per week, but not to make payments.

“They are just seeing what their friends are doing,” he noted.

Venmo has built social features into its app that allows users to add captions and emojis to each transaction that are viewable by their Venmo friends on a social feed. The secret to Venmo’s success, Schulman said, is that the app has taken a monetary transaction and “turned it into a social experience.”

“It seems simple enough, but it really is very, very different from how you or I might think about a transaction that is private and between us — we generally don’t want anyone else to know,” Schulman told Johnson on stage today. “But what we are able to do is tie every transaction into social feats. … If a user bought dinner for someone, maybe others know they are starting to date, or whatever it may be.”

Schulman, who became CEO of PayPal in 2014, noted how the most popular emoji used in Venmo captions is the pizza slice. This caught the attention of Papa John’s, which then partnered with Venmo last year to integrate its API into their online and mobile checkout process.

Venmo’s popularity with the younger generation is not lost on companies like Papa John’s and HBO/Showtime, which featured Venmo as a way for boxing fans to split the cost of the pay-per-view fee for the big Manny Pacquiao vs. Floyd Mayweather fight last year.

What we are able to do is tie every transaction into social feats.

“Retailers are trying to get to that demographic,” Schulman noted.

For now, Venmo does not charge users to send and receive money, with the exception of 3 percent fees on credit card and some debit card transactions. PayPal held off on any type of monetization strategy until late last year — “we didn’t want to interrupt the phenomenal adoption of Venmo,” Schulman said — when it announced “Pay with Venmo” as a way for PayPal merchants to accept Venmo payments.

As it begins to monetize Venmo, Schulman noted that it’s important for Venmo to maintain its “spirit” in regard to the social features that have made it so popular among millennials.

“I don’t think there is any shortage of ways to monetize Venmo, but we don’t want to ruin whatsoever the spirit of what we have there,” he said. 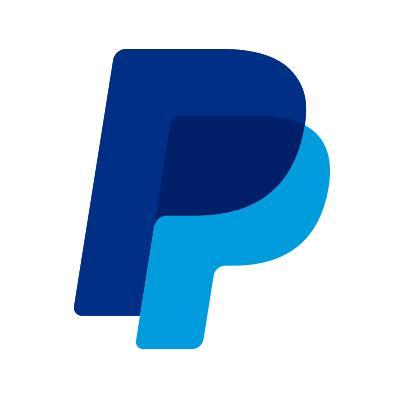 Though Schulman said that Venmo is “almost a ubiquitous app” for the millennial generation, he added that it’s “morphing into more than that,” starting with services like Pay with Venmo and other potential ways to integrate PayPal and Venmo together, offering new services for both PayPal’s 180 million users and 14 million merchants.

“What we want to do on the PayPal side is open up our platform to how people manage and move their money,” he said.

Schulman added that for merchants, PayPal can become more than just a button and evolve into a full service platform.

“We can allow merchants to use our platform to not just take PayPal, but accept any type of pay — whether it be a Apple Pay, a Chase Pay, a Visa, a Mastercard, a AmEx, a debit card,” Schulman said. “If we want to be a real full services provider to them, we have to open that up.”

Added Schulman, on the subject of merchants: “They want more services from us. They want to tie their rewards programs right into the platform. So this isn’t a point of sale, a form factor change, where somebody taps their phone instead of swiping a credit card. That is interesting, but won’t change consumer behavior. What will change consumer behavior is if you can order ahead, skip the line, pay at the point of sale, and immediately be able to apply some of those rewards points you just earned and a different tender type to pay for that transaction. That is a real value proposition change and from my perspective, that is what is going to drive all digital payments for commerce. That’s what retailers are working on with us right now across our platform, as opposed to just a button. It’s a major transformation for us but we are beginning to get quite a bit of traction.”