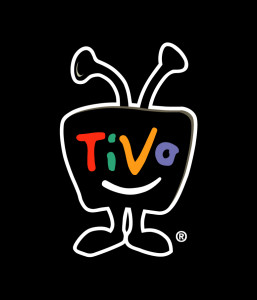 Rovi, the provider of entertainment metadata, is in talks to acquire TiVo, a service that introduced DVRs and time-shifting but never became a powerhouse moneymaker, according to a report Thursday in The New York Times.

Rovi, which owns a host of patents related to set-top boxes and is perhaps best known for trying and failing to sue Netflix for patent infringement last year, is offering an undisclosed amount of cash and stock, according to the Times. The newspaper said the offer on the table now would give TiVo investors about a 30-percent share of a combined company.

The market values of Rovi and TiVo are $1.7 billion and $750 million respectively. The Times wrote that its anonymous sources, who were briefed on the talks, cautioned that negotiations are in a “sensitive stage” and could still collapse. Following the news, TiVo shares jumped 20 percent, up $1.57 to $9.22, in early trading. Rovi’s stock price was down slightly.

If it happens, the merger would involve two companies that not as many people care about anymore. TiVo, founded 18 years ago, was once a high-flying internet company that never reached its potential. Initially, TiVo’s digital video recorder became a huge sensation with the public by enabling owners to skip past commercials. But eventually others, including major cable companies, began launching their own DVRs. In addition, Netflix disrupted home entertainment by streaming commercial-free movies and TV shows via the Web.

TiVo’s technology remained valuable and the company continued to sell licenses or sued those that used its technology unlawfully. According to the Times, the companies would own “6,000 issued or pending patents” between them.