How much would you pay to find out whether Alpha Centauri’s twin suns possess blue planets like Earth?

Project Blue is hoping it’s at least $10, and maybe thousands of dollars. That’s the point behind the project’s Kickstarter campaign, which aims to raise at least $1 million for a space telescope specifically designed to look closely at the Alpha Centauri system. 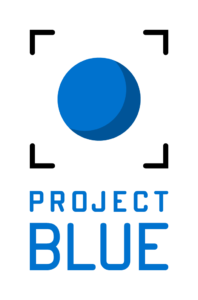 The runt of the Alpha Centauri family, a red dwarf known as Proxima Centauri, already has made its mark as the closest star with a potentially habitable planet. But Jon Morse, a former NASA executive who now leads the Project Blue team, argues that his project could cause even more of a splash.

“If we find something, there’s going to be huge interest in doing more with those planets in the future,” he told GeekWire.

The plan is to build a telescope to stare at those two closely paired stars over the course of two years. Because they’re so close to us in astronomical terms — a mere 4.37 light-years, or 26 trillion miles — it would be possible to get a direct image of any potentially habitable planets using a telescope that has a 20-inch-wide (0.5-meter-wide) mirror, Morse said.

What’s more, the telescope would be able to analyze the light reflected by those planets. That could tell scientists what their atmospheres are made of. If the planet shines with the right shade of blue, that would suggest it’s an alien Earth.

Based on what scientists have found out about more distant stars, thanks to NASA’s planet-hunting Kepler mission, they estimate the chances of finding a habitable, rocky planet around Alpha Centauri A or B at 85 percent.

That’s an irresistible proposition for Morse, the CEO and chairman of the Boldly Go Institute. NASA is likely to get around to checking out Alpha Centauri eventually, but if Project Blue gets fully funded, Morse said that could accelerate the search significantly. “People want to go, go, go and get up there sooner,” he said.

The key is that Project Blue’s telescope would be devoted solely to Alpha Centauri, rather than having to serve as an all-purpose observatory like the Hubble Space Telescope or its successor, the yet-to-be-launched James Webb Space Telescope.

Hubble cost more than $1.5 billion to build, and the Webb telescope has a price tag of $8.8 billion.  In contrast, Morse expects Project Blue’s mission to cost in the range of $30 million. The $1 million that’s being sought in the Kickstarter campaign would fund the first phase of telescope design and development.

“Something like $1 million would be able to advance the ball down the field,” Morse said.

If more money is raised, the surplus would go toward stretch goals. And Morse is hoping a substantial fundraising success wlll persuade potential backers with deep pockets to kick in even bigger amounts. “We have a list of folks,” he said.

Project Blue’s partners are talking with NASA about the mission — but they’d prefer to see it privately funded, along the lines of the Red Dragon mission that SpaceX wants to send to Mars in 2018.

“I left NASA specifically to bring non-governmental resources into space science,” said Morse, who was the director of NASA’s astrophysics program from 2007 to 2011.

Morse said he expects there to be opportunities for the general public to participate in the search, much like the opportunities afforded by such projects as Galaxy Zoo and Planet Hunters. One of Project Blue’s advisers is Yale astronomer Debra Fischer, a co-founder of the Planet Hunters project.

“Project Blue is going to engage the entire world,” Fischer said in a Kickstarter video. “It’s a global venture.”

The Kickstarter premiums range from laptop stickers and website acknowledgments at the $10 level, to mission patches, tote bags and T-shirts at the $100 level, to observatory tours and other VIP goodies at the $25,000 level.

Top donors would get invites to the launch of a high-altitude balloon flight aimed at testing the telescope’s coronagraph. That’s assuming the project hits its crowdfunding goals, starting with the first Kickstarter deadline on Dec. 20.

“We’d like to launch by the end of the decade,” Morse said. He said Project Blue’s telescope could be sent into Earth orbit as a secondary payload on a SpaceX Falcon 9, or a United Launch Alliance Atlas 5, or a next-generation Vulcan rocket. It could also be launched by Virgin Galactic’s Launcher One system.

If all proceeds according to plan, we could find out if there are alien Earths next door by the mid-2020s. That would be a giant leap in the search for life elsewhere in the universe. But for Project Blue’s backers, the most important step is the one that’s right in front of them, right now.