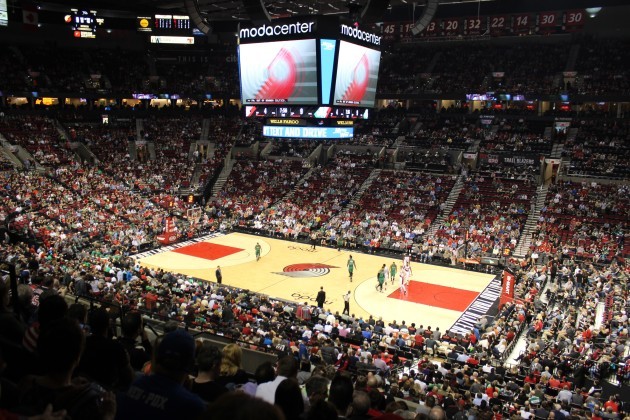 The Portland Trail Blazers, the closest thing Seattle has to an NBA team right now, have renewed their television distribution deal with Comcast Sportsnet Northwest (CSNNW), and it includes new streaming options that are bound to make some fans without access to Comcast happy.

CSNNW has made its way into more homes recently due to new deals with Charter Communications, CenturyLink Prism TV and Sony Vue, PlayStation’s live TV streaming service. Vue is the most interesting of these options as it lets Blazer fans, even those without a Comcast subscription, watch games on PlayStation 4, PlayStation 3, Amazon Fire TV, Google Chromecast or Roku devices. Vue starts at approximately $30 a month and doesn’t require a long-term contract.

The Paul Allen-owned Blazers’ deal begins in the 2017-2018 season, the team announced Wednesday, and lasts four years instead of 10 like the last one. The team also announced that CSNNW brought in David Preschlack of NBC Sports Group to help increase its distribution.

Comcast will become the “exclusive media partner” for Blazer games. For Seattle fans, that means all games not on national TV will be available on CSNNW. Currently, Portland’s local NBC affiliate KGW 8 has rights to air up to 20 games, and those games are not available on CSNNW. In the new deal, no games will be exclusive to KGW.

Satellite viewers without access to CSNNW will not get any relief in the new deal, but now at least they can sign up for Vue and stream games that way.

Comcast wasn’t the Blazers’ first choice for a new TV deal, according to a report by The Oregonian. Plan A was a hybrid option where games would air on local television affiliate KPTV and simultaneously be available online through a streaming partner. But that deal fell apart because of issues with streaming partners.

The Oregonian’s John Canzano reported that the Blazers were also in talks with Twitter.

Trail Blazers had talks w @twitter about streaming all games. Ran into a tricky issue… more at noon @750TheGame

After that, the team started talking to Root Sports, which has distribution deals with satellite providers and Comcast. That plan fizzled because Root’s deal with Comcast is ending soon, and if it wasn’t renewed, games would only reach 33 percent of the Portland market, to Comcast’s 55 percent, and the team’s top priority was reaching as many people as possible.