It’s become the year of the TV studio renovation in the Seattle area and we had a chance to see the latest overhaul at the regional sports network across Lake Washington in Bellevue.

Root Sports Northwest, a joint venture owned by the Seattle Mariners and AT&T (via the DIRECTV acquisition last year), reaches 3.2 million households across the Pacific Northwest with its coverage of the Mariners, Sounders, Timbers, and regional college sports. It broadcasts more than 350 events in HD per year.

This past March, Root Sports NW debuted a new studio, 17 years after the most recent renovation. The result is a modern studio that gives anchors and producers much more versatility with how they report the latest scores and sports news to viewers at home.

There are a bevy of tech upgrades and changes inside the new studio, with updated cameras, robotics, electronics, lighting, and much more. Technicians are now able to change the new LED lighting to match a team’s colors — blue for the Mariners; green for the Sounders; etc. The set also replicates some of the home stadiums, with pseudo brick walls and iron work that mimic the feeling of Safeco Field, for example. 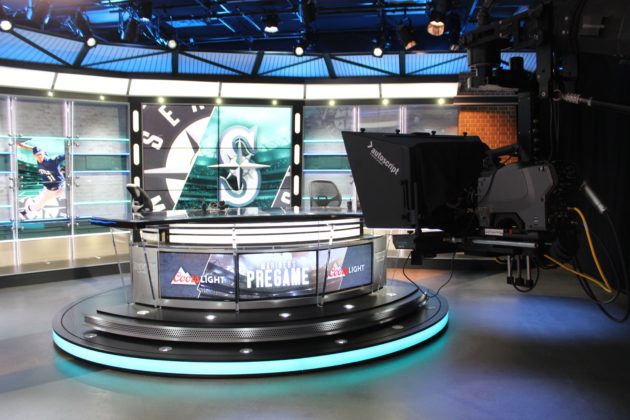 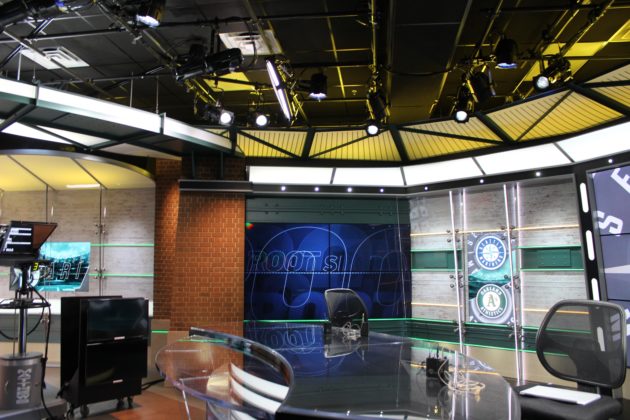 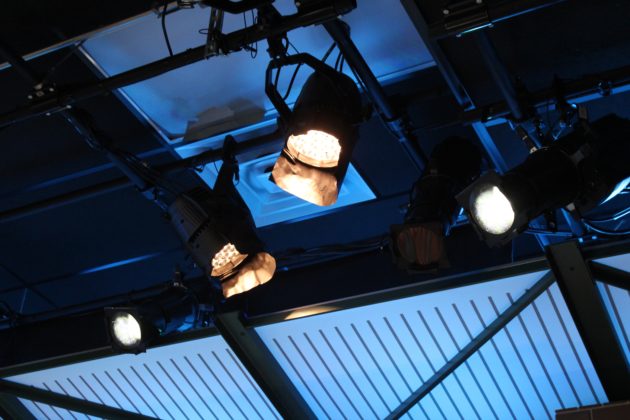 Besides the addition of 90 LED lights and the fresher look of the studio, the biggest change viewers might notice are the various camera shots that Root Sports NW can now utilize. Anchors, who now use wireless microphones, can move around to a handful of different areas around the studio, depending on the broadcast and what’s being talked about. 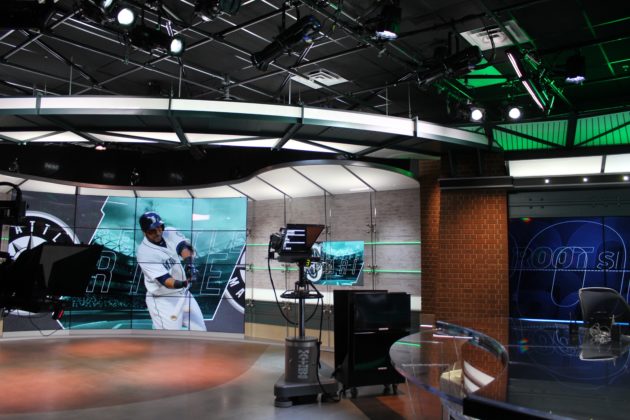 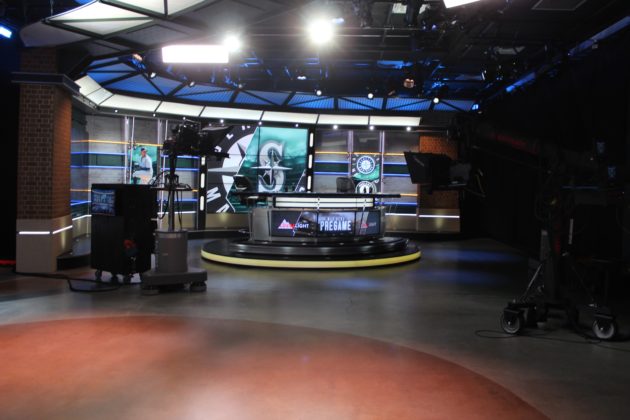 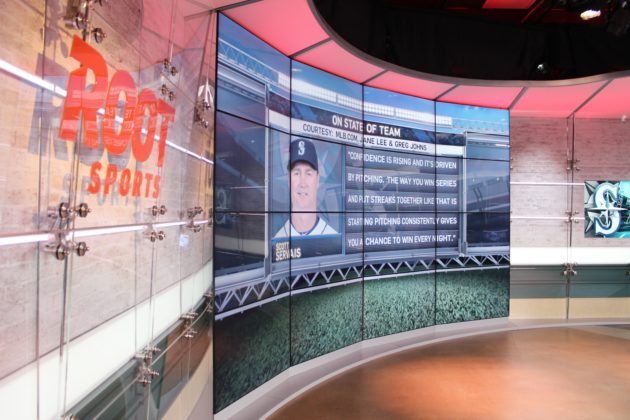 Having several more monitors also helps, as Root Sports NW can display a variety of content, whether from live feeds, or graphics, or even featured tweets from viewers.

“Before, we had a camera, a monitor, and everybody sat and stayed where they were,” said Jon Bradford, Root Sports NW executive producer. “This is obviously much better.”

Added Bradford: “The technology has gotten to a point where you can have dynamic interactions within your own studio that makes it pop a little.”

Anchors also are testing out Microsoft Surface tablets that they can use on air to read scripts or find other information. Root Sports NW, now part of AT&T Sports Networks, which also operates three other regional Root Sports stations across the U.S., is also experimenting with the Microsoft Surface Hub, a massive 84-inch touchscreen that KING5 is also now using in its studio.

The control room, where producers, editors, and others work together to provide the graphics and transitions, also went through a few changes to make room for more technicians, along with the addition of a new editing system.

For road Mariners games, much of the pre- and post-game work is done at Root Sports NW’s studio in Bellevue; for home games, a majority of the production team is out at the company’s truck at Safeco Field. 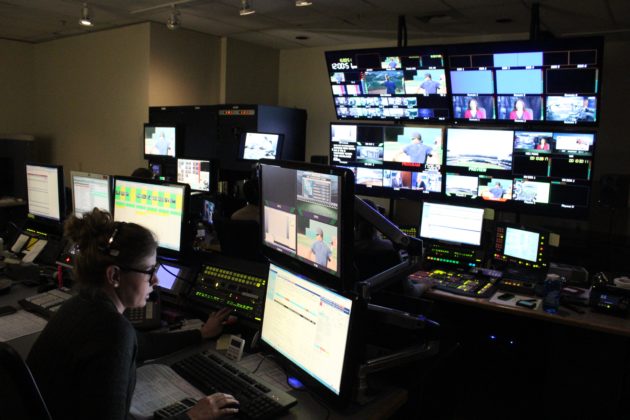 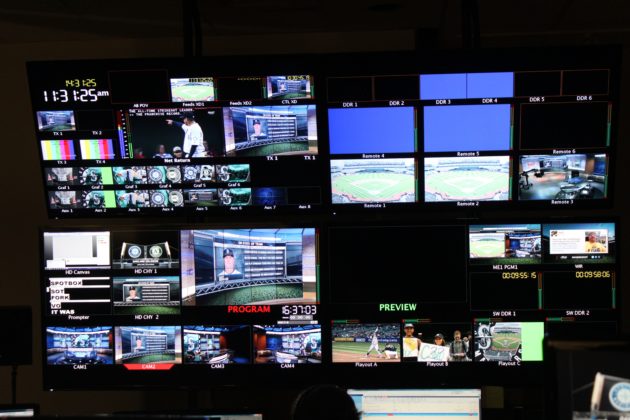 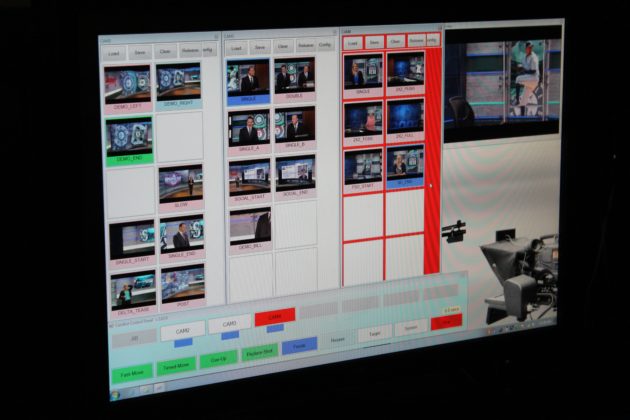 Check out more photos of the new studio and Root Sports’ office below: 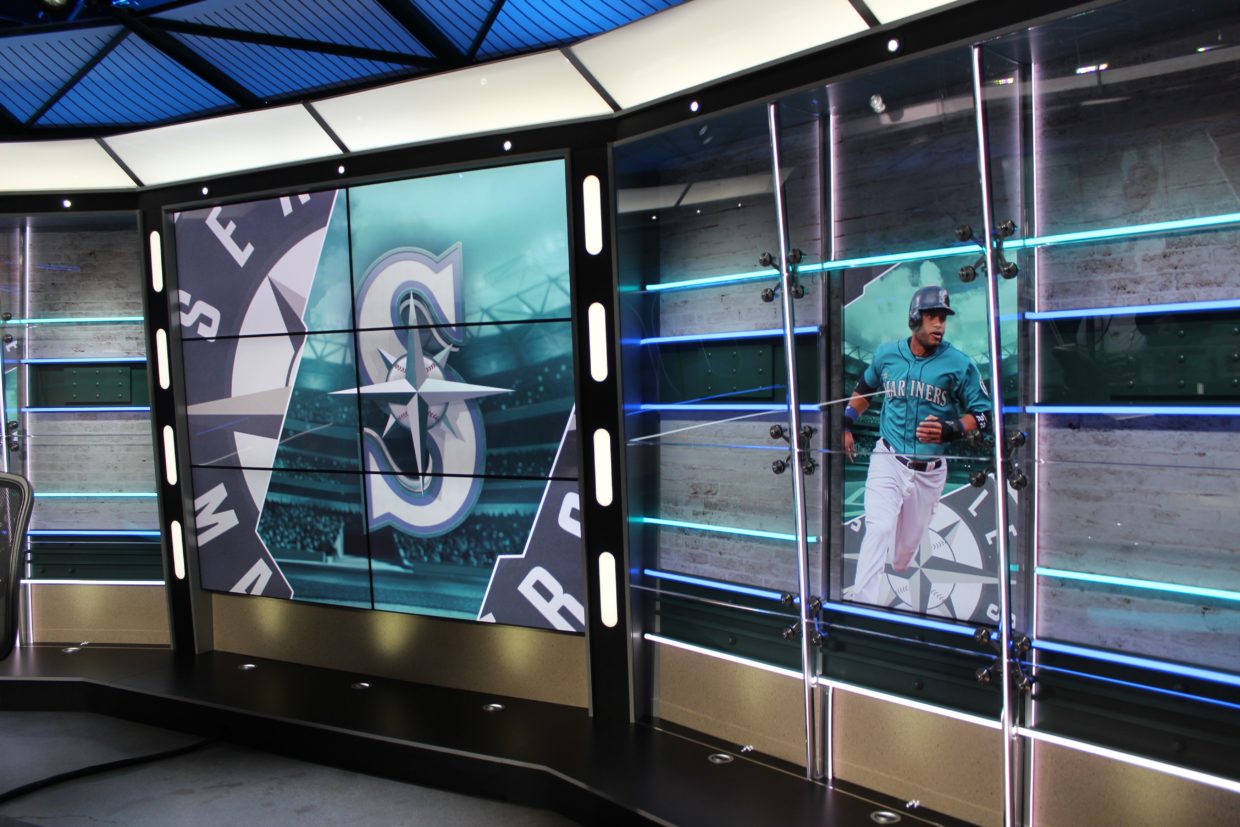 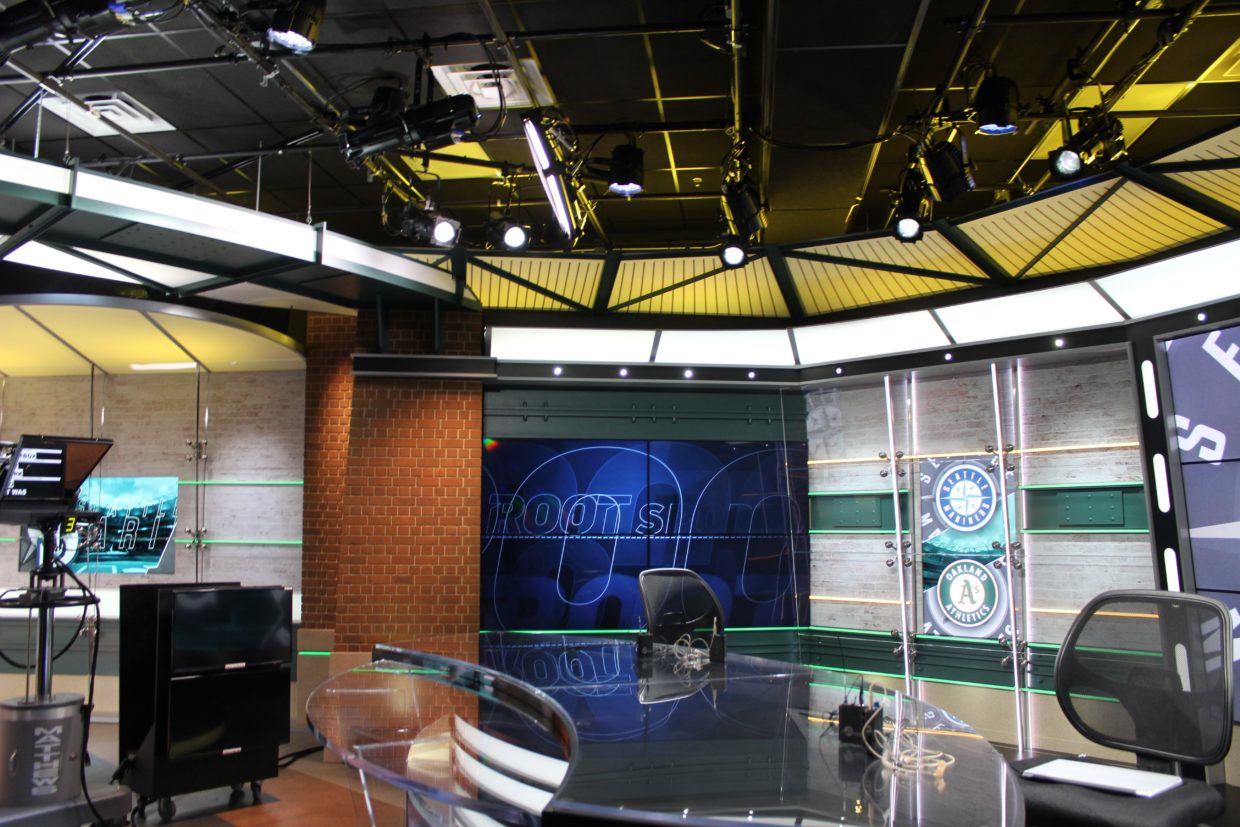 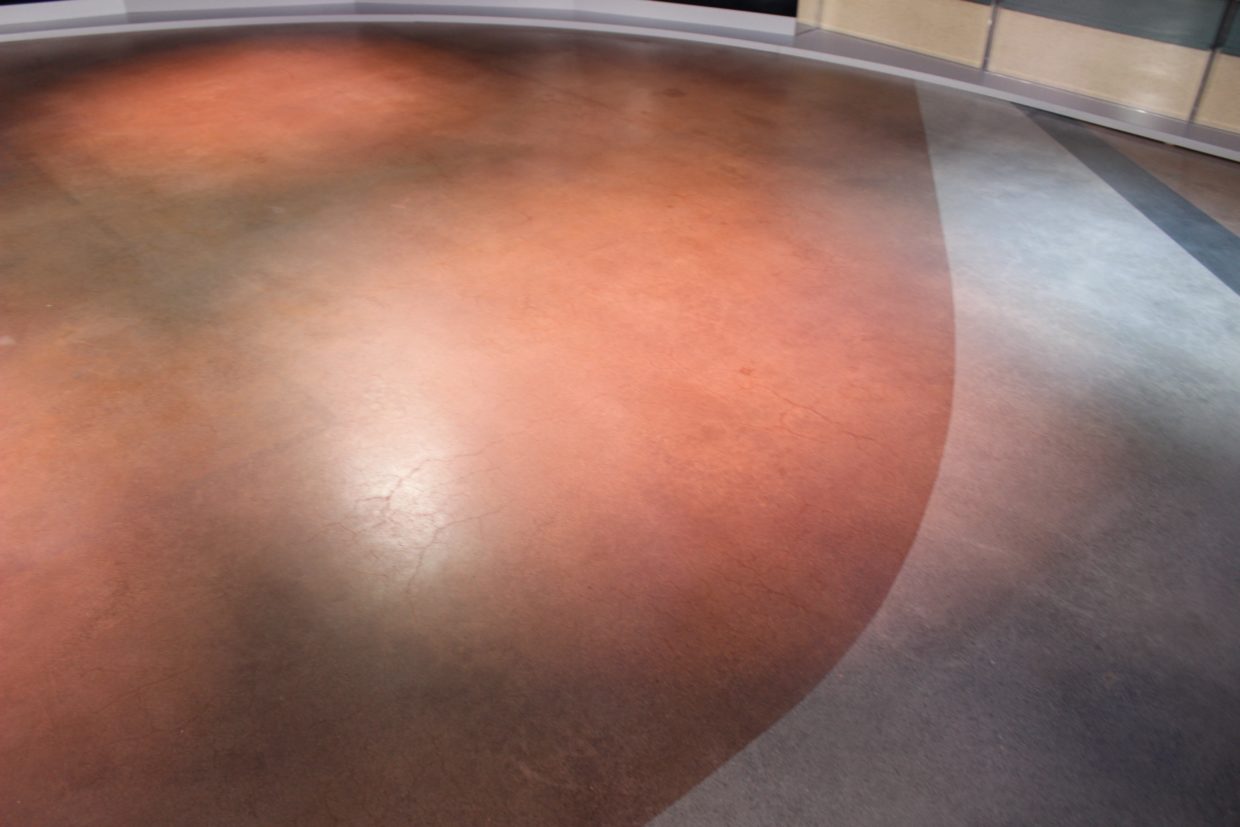 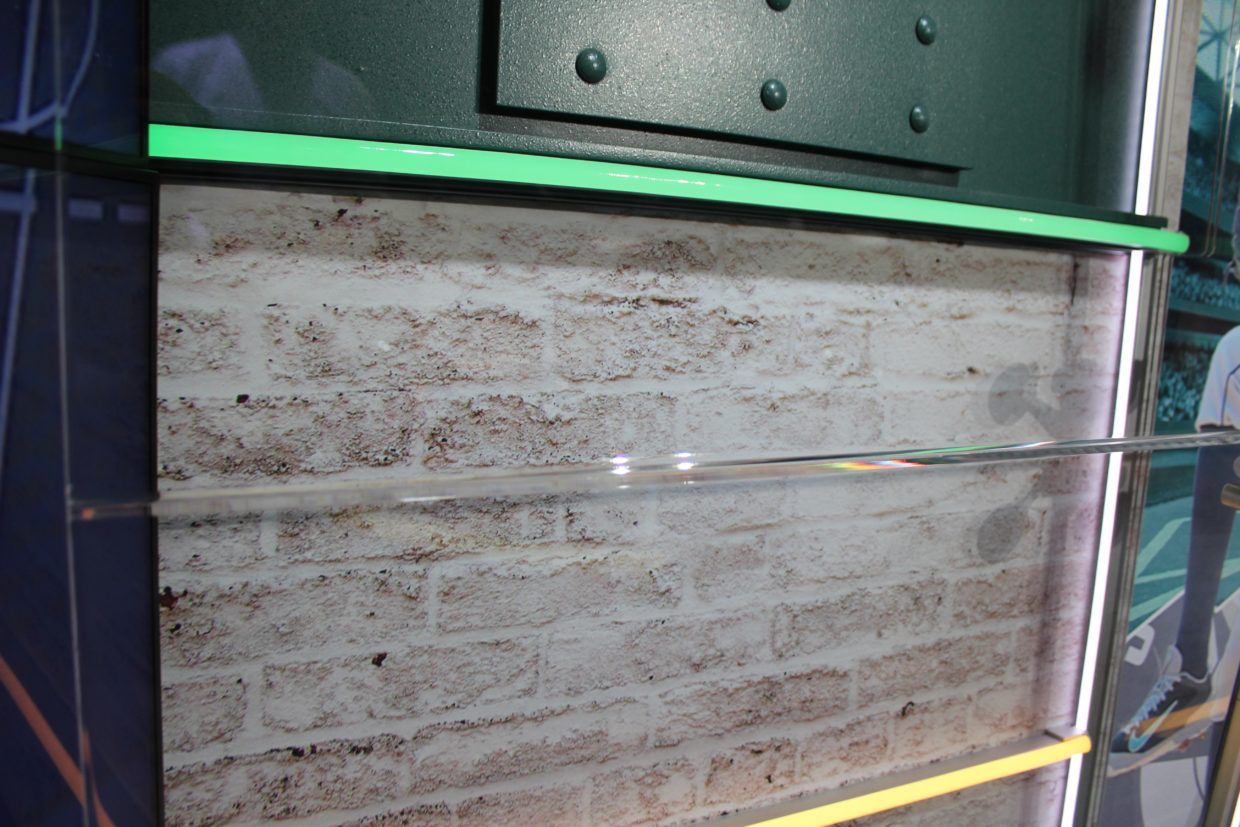 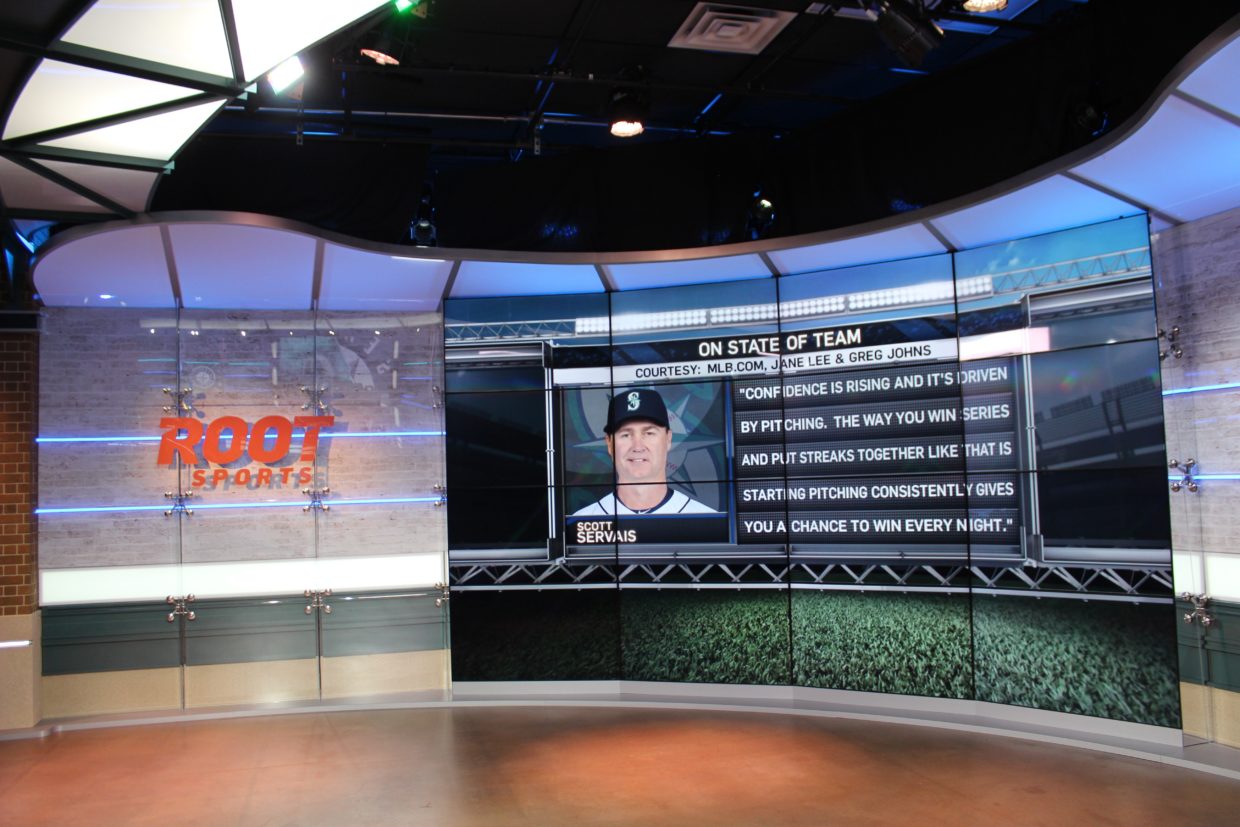 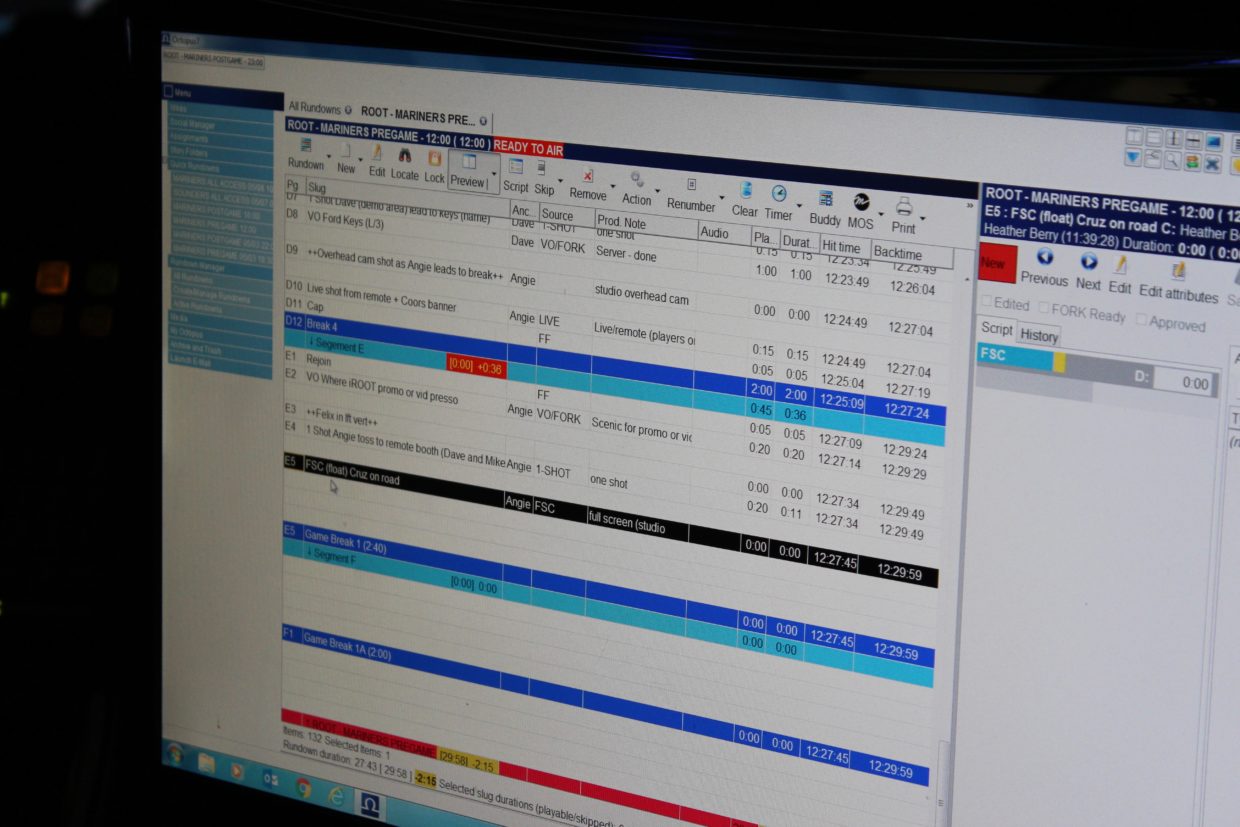 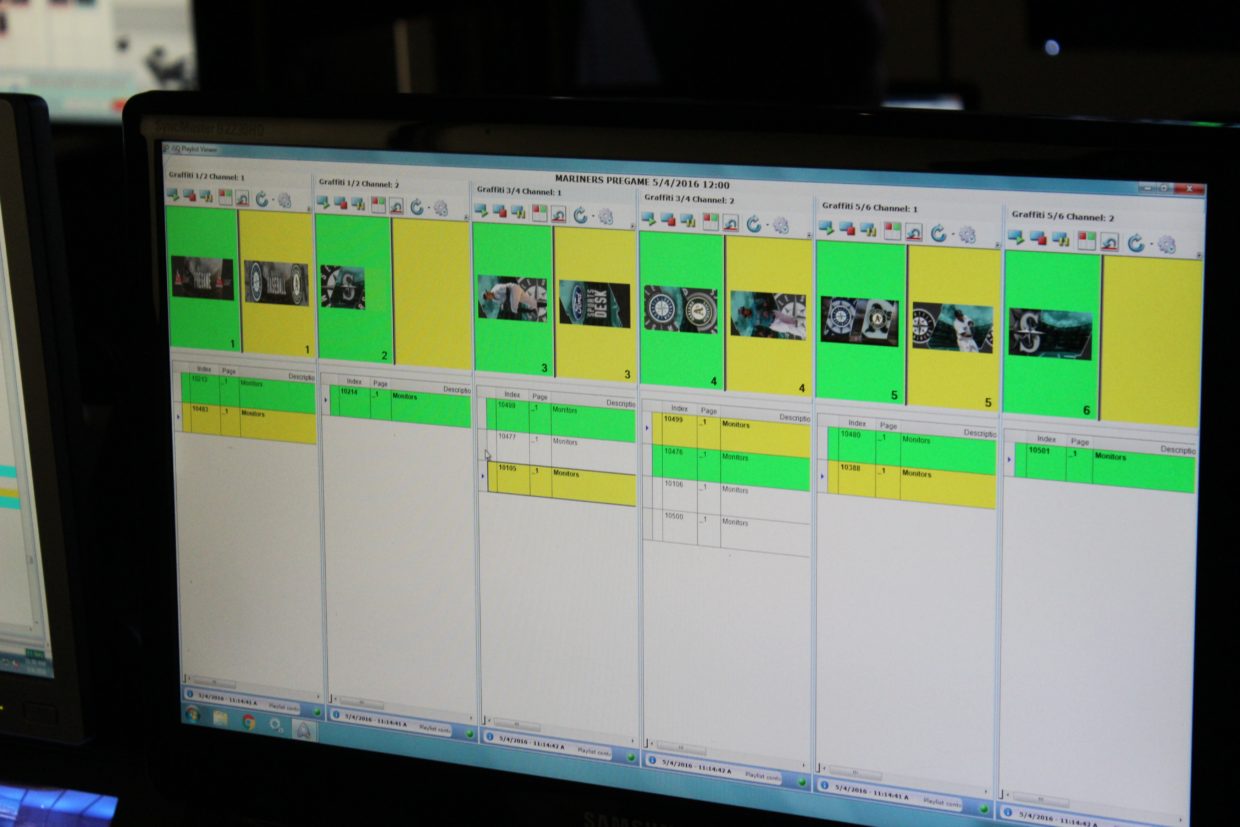 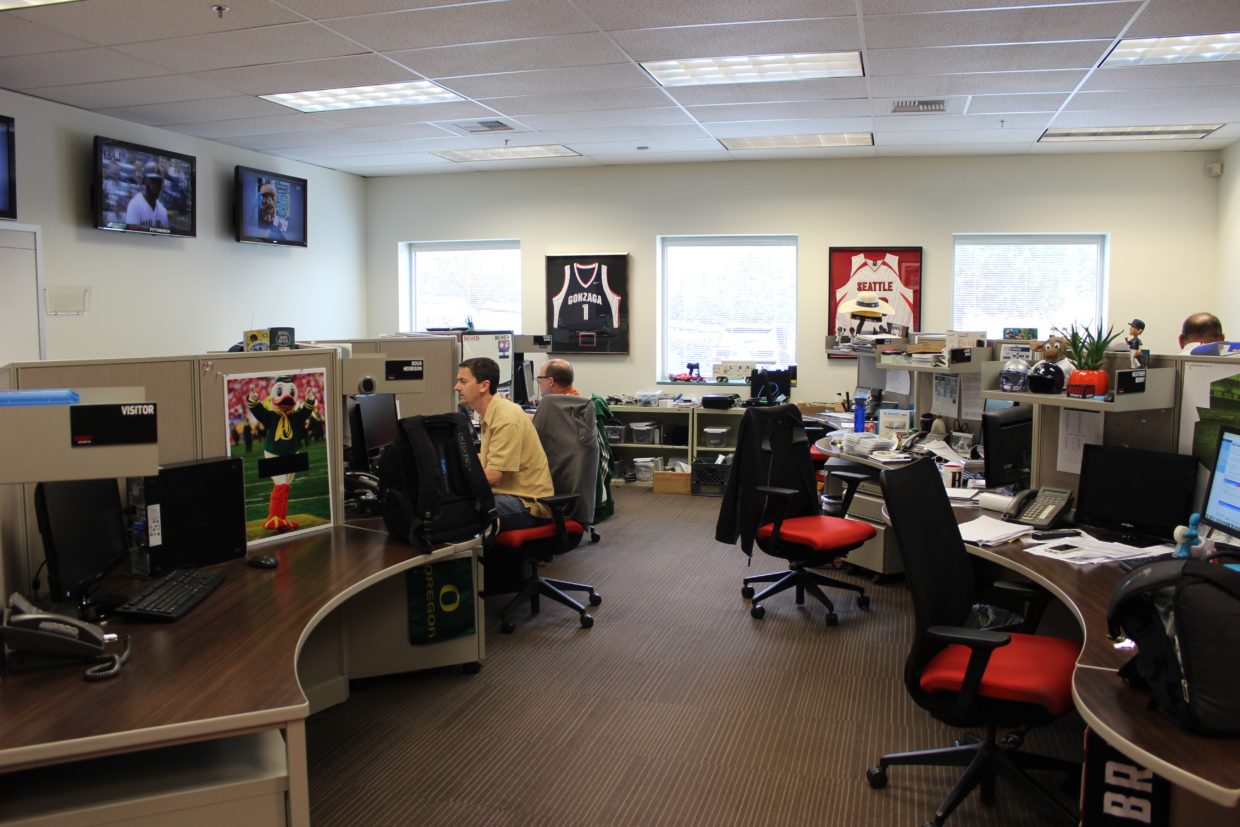 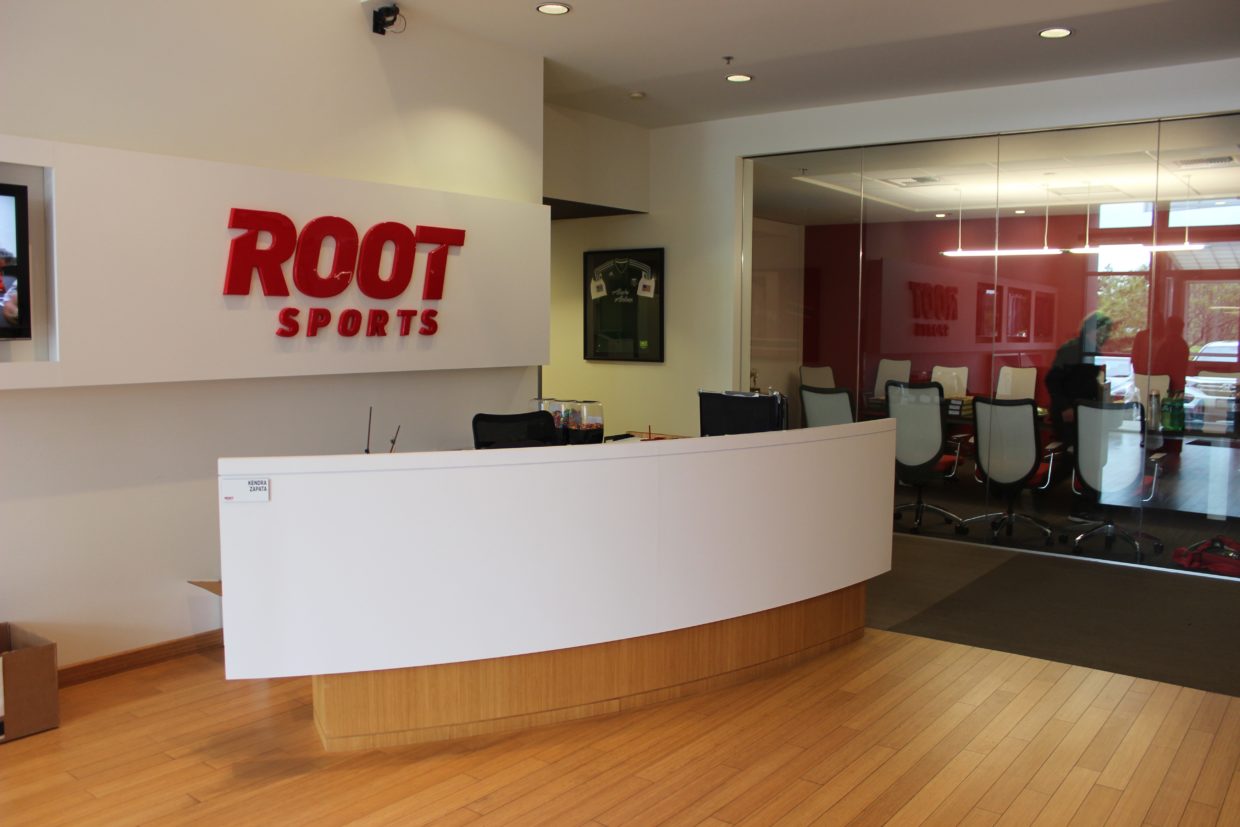 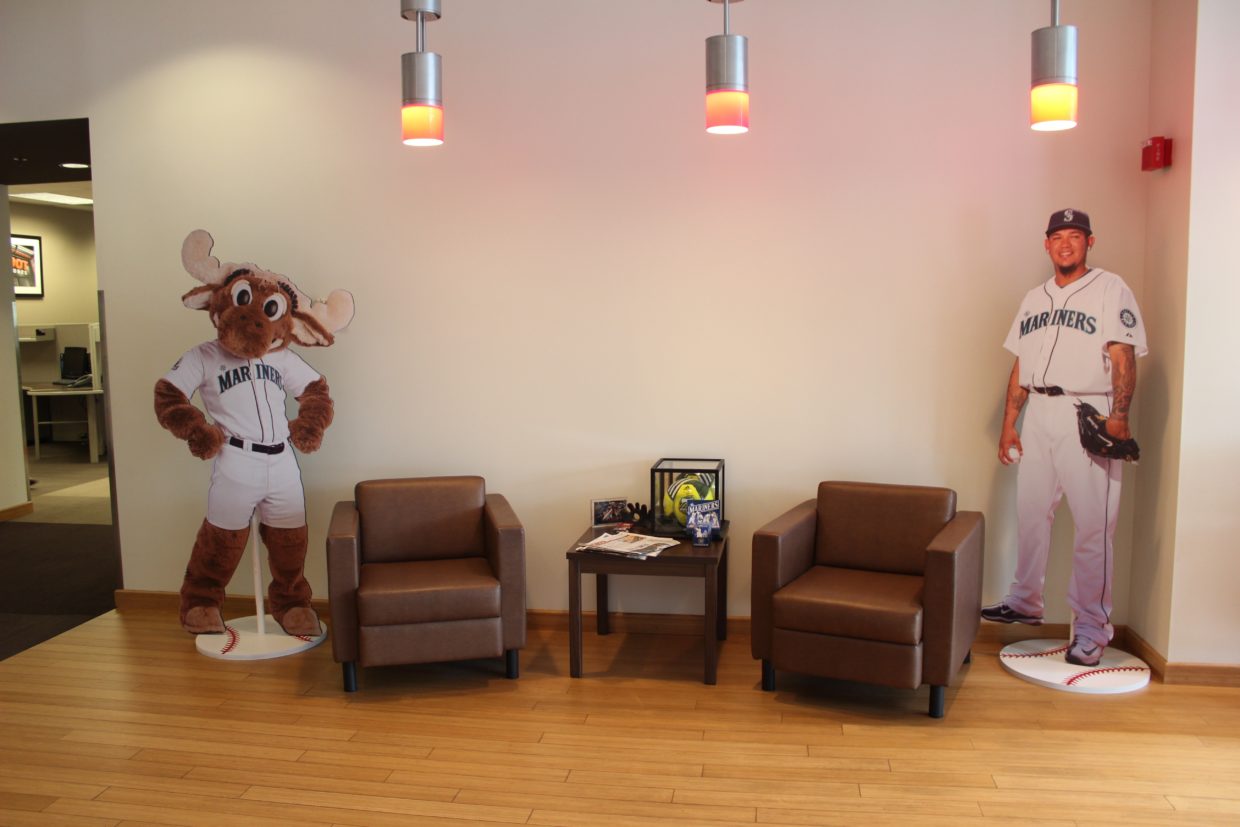