Amazon’s first branded cargo jet made its daylight debut today at Seattle’s Boeing Seafair Air Show, but not before show announcer Mark Christopher drummed up a bit of drama.

As the program got under way, Christopher drew the attention of hundreds of spectators to a white dot approaching from the north. “It seems like a normal jet, but this is about to make history,” he said.

Then, as Seafair fans made out the Prime Air lettering on the side of the Boeing 767-300 jet, and the Amazon smile logo painted on its tail, the announcer made the formal introduction.

“Flying for the first time is Amazon One!” Christopher boomed as the plane buzzed past, just 500 feet above Lake Washington.

Amazon let the cat out of the bag hours earlier when it gave journalists a preview of the plane, but Christopher told GeekWire that he did his part to heighten the air of mystery for the Seafair crowd. Even he didn’t know what the “Special Guest Flyover” was about until 48 hours before it happened.

“Basically, they said ‘something big is happening … be ready to get your script on Friday,'” he recalled.

Amazon One is part of what eventually will become a fleet of 40 planes leased by Amazon to beef up its package distribution network.

Ten other planes already have been flying shipments for the online retailer for months, under the terms of a lease and operation agreement with Ohio-based Air Transport Services Group. But this 11th plane is the first to be operated on Amazon’s behalf by New York-based Atlas Air, and the first to be painted with Amazon’s custom-designed livery.

The plane made two passes over the Seafair crowd with Atlas Air co-captains Scott Welty and Chris Agnini in the cockpit. Between them, they have 46,000 hours of flying experience. 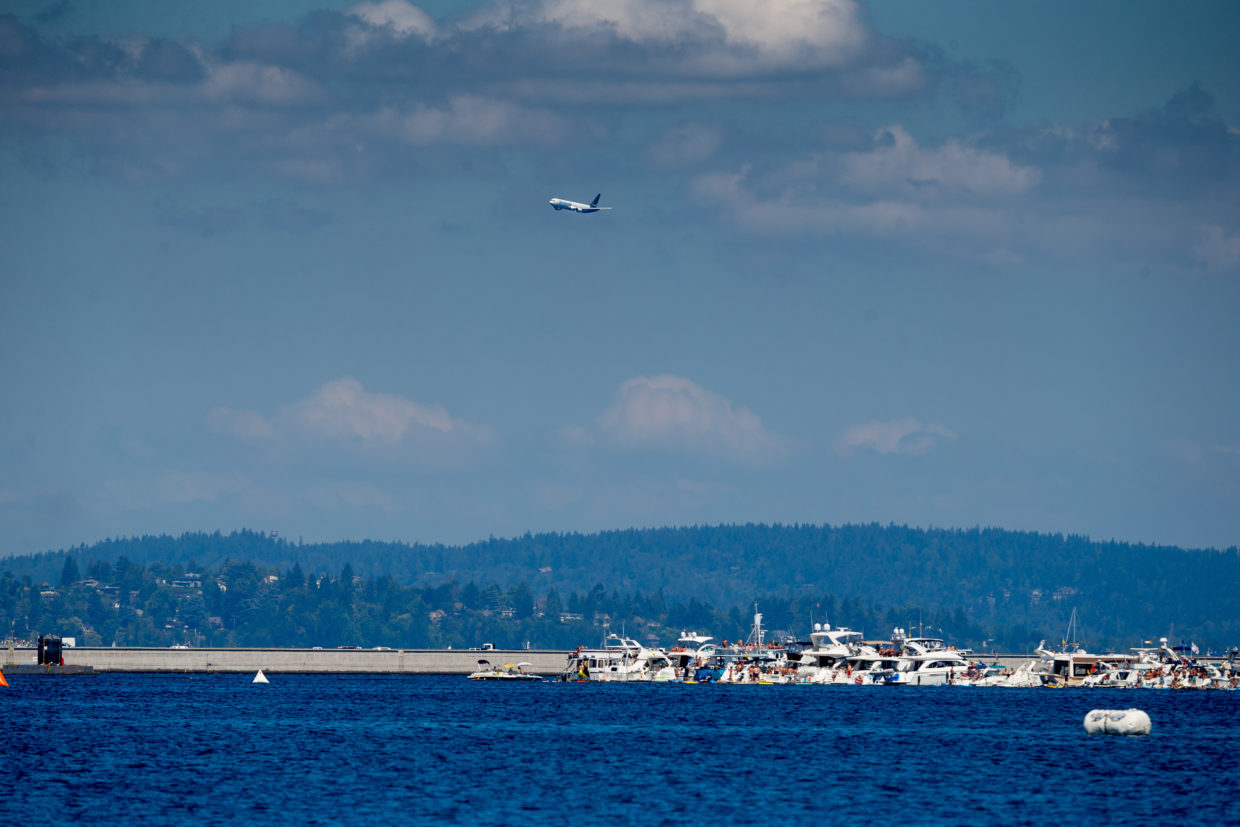 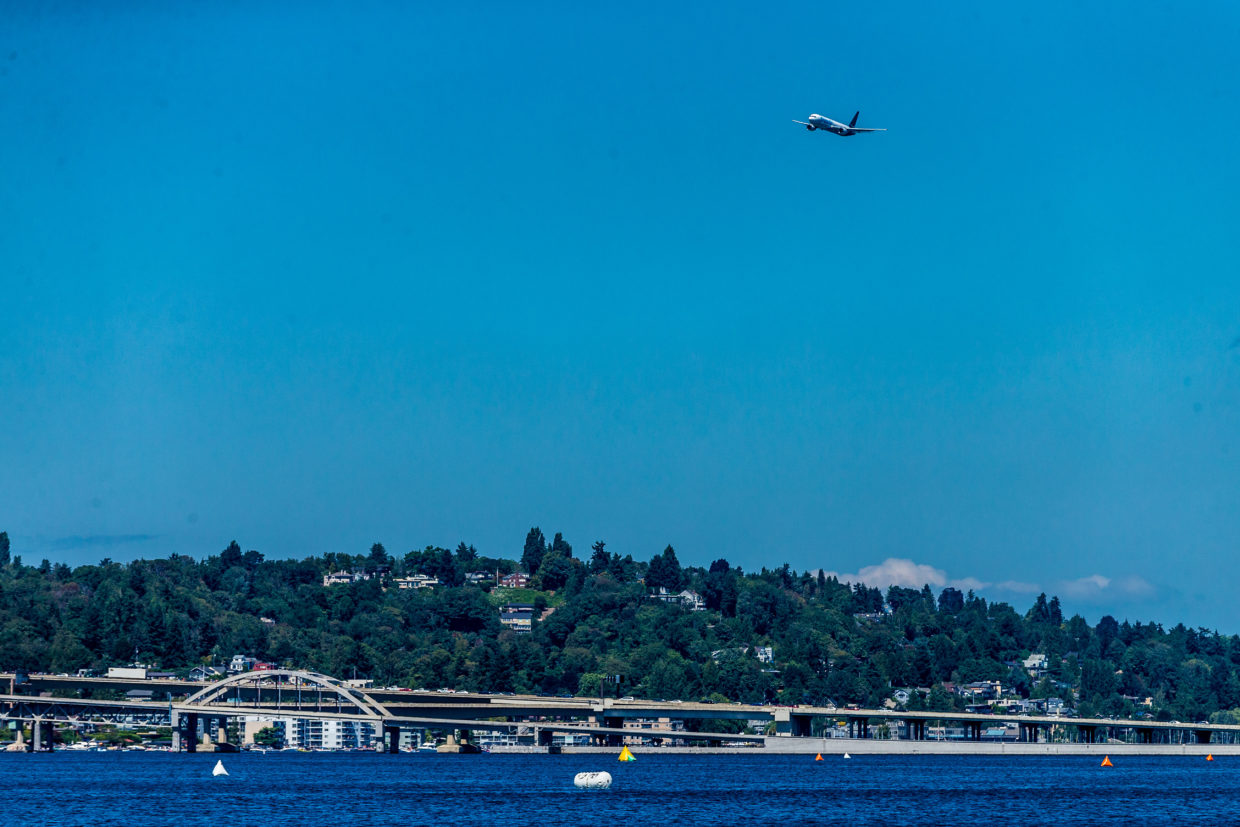 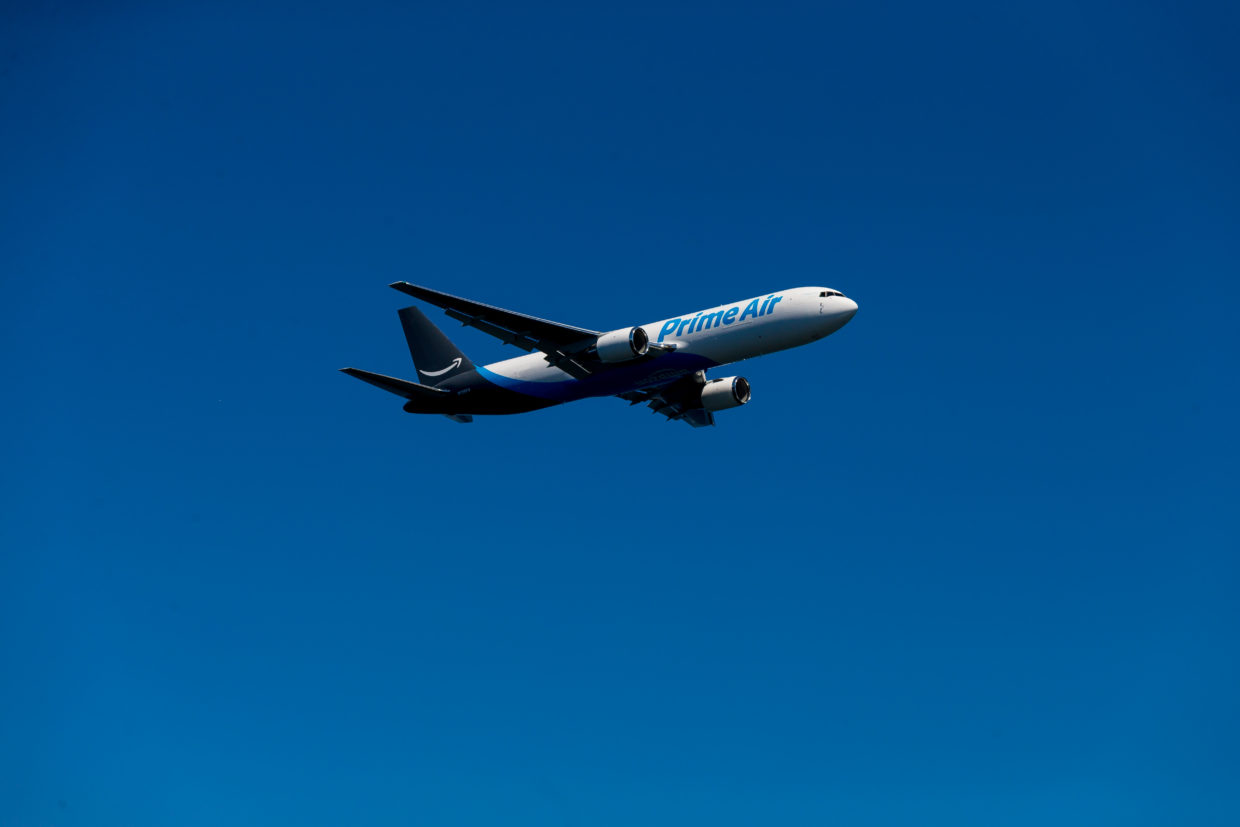 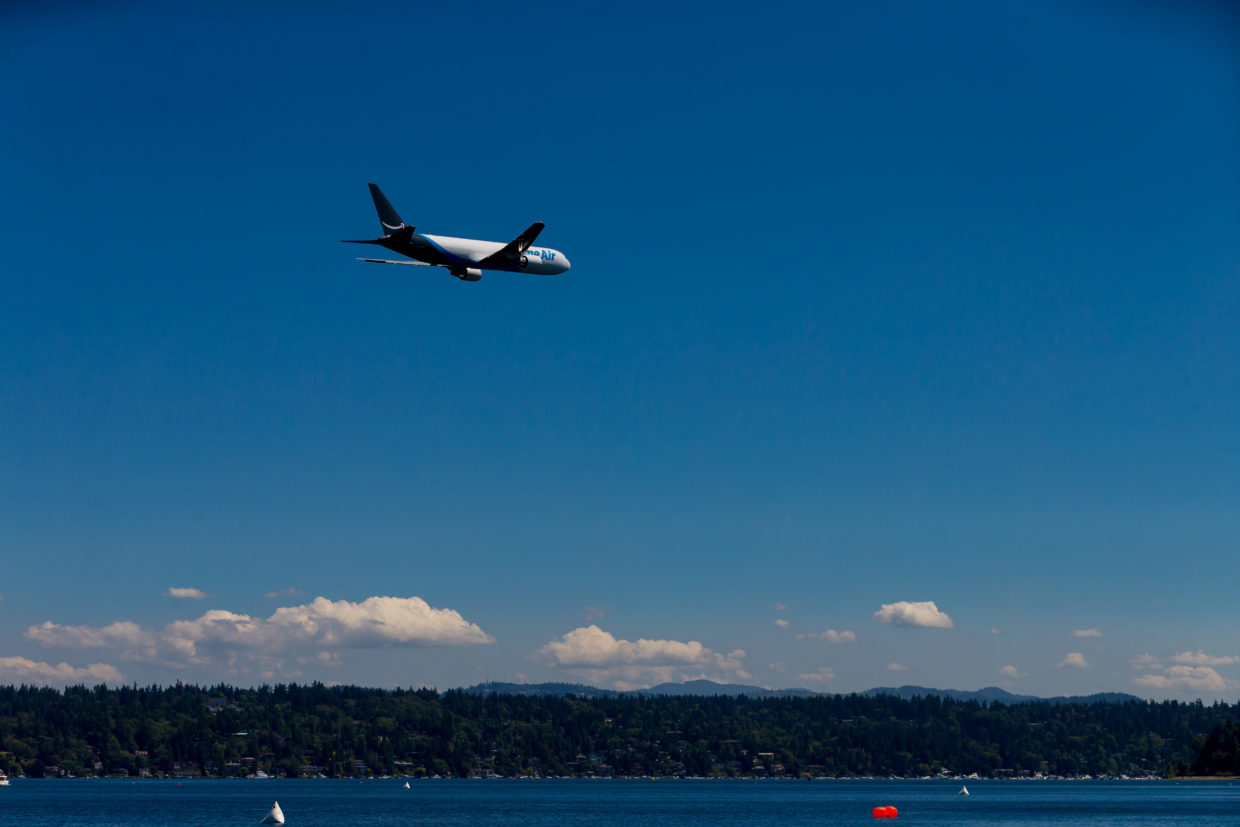 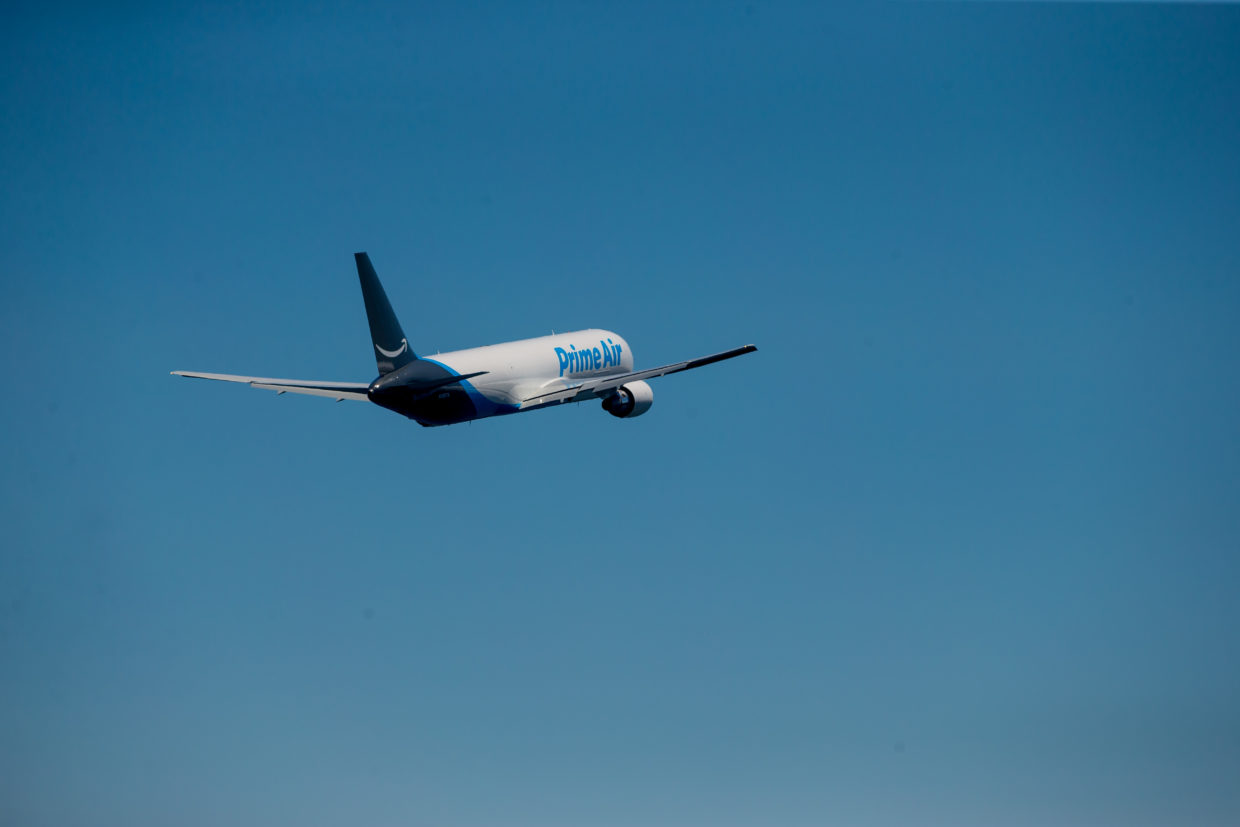 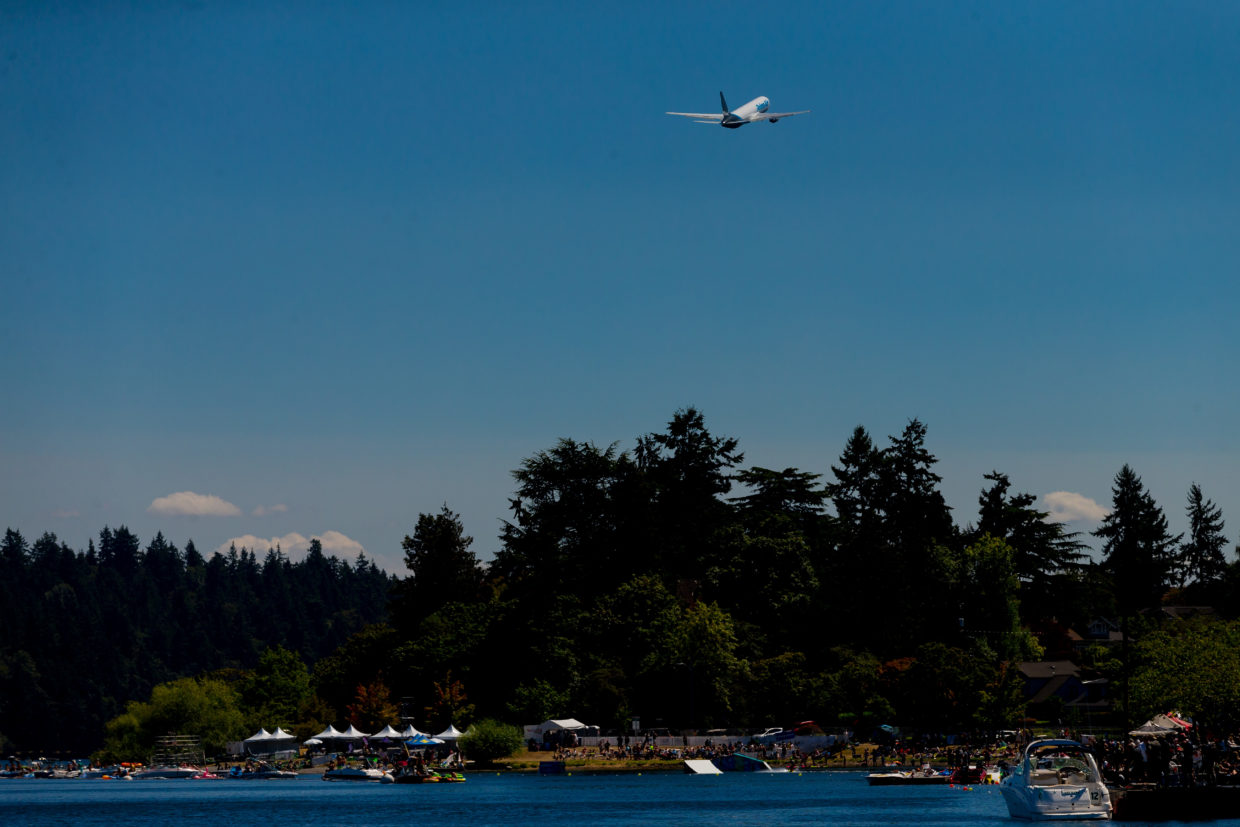 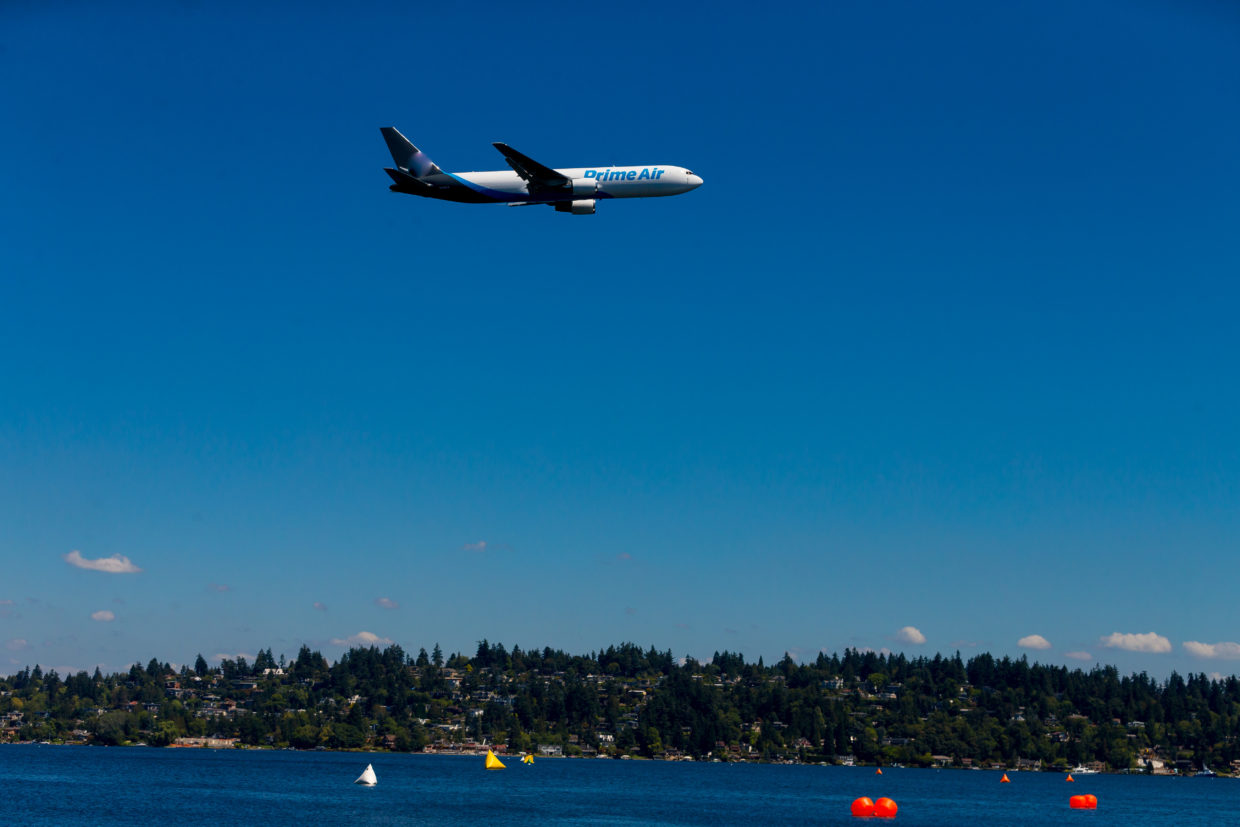 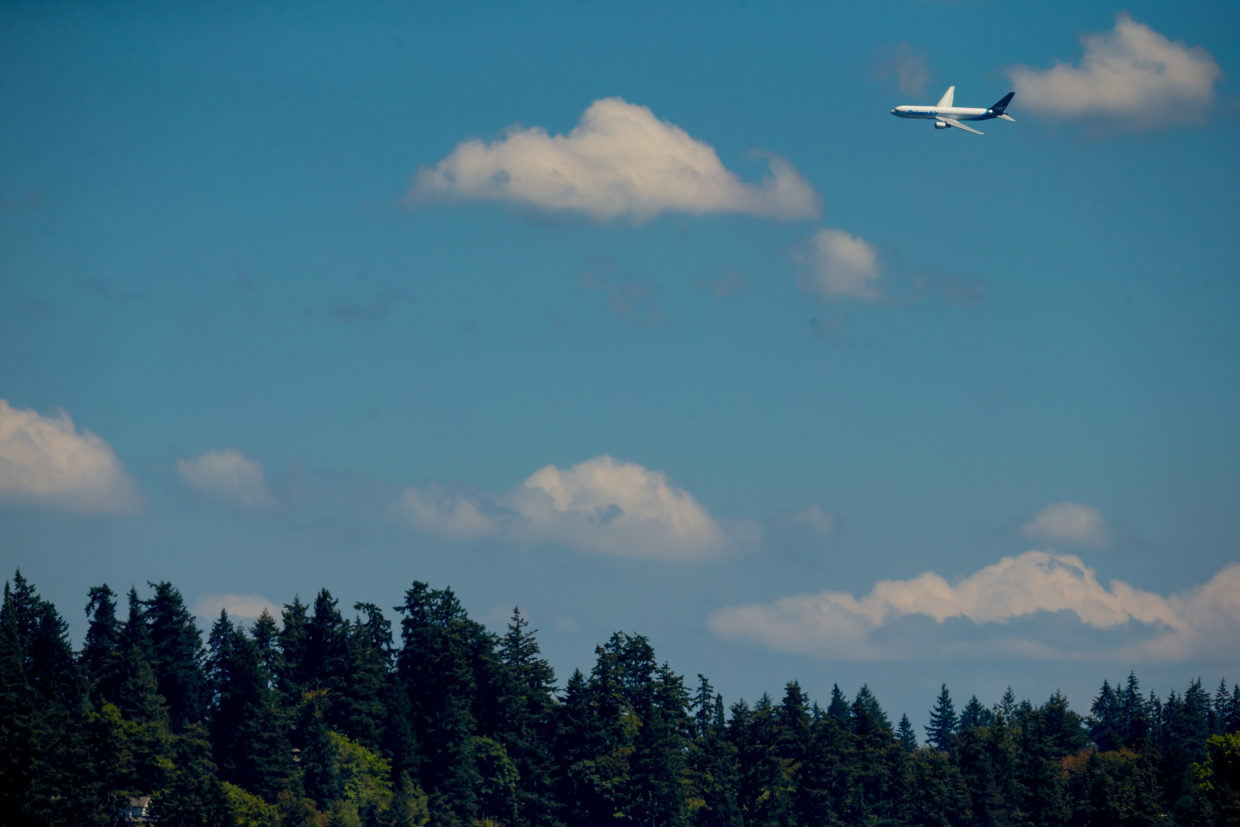 Amazon One finishes a run. (All pictures by Scott Eklund / Red Box Pictures)

Amazon One flew from the New York factory where it was painted to Boeing Field under cover of darkness early Wednesday, to avoid having the secret spilled early by “planespotters” who monitor the comings and goings at the Seattle area’s airports. It was kept hidden in a Boeing hangar until today’s public debut, and as a result the plane’s flyover made a bigger-than-usual splash on social media:

Meet #AmazonOne, the first in a fleet of 40 branded air cargo planes for fast, free shipping for Prime members. pic.twitter.com/jjCMk6wKe3

Domestic and International media watched as Amazon One made its debut at Seafair Weekend. #SeafairIsSummer pic.twitter.com/XwhHP4PliV

Amazon One is due to make encore Seafair appearances at around 1:15 p.m. PT on Saturday and Sunday, just before the Blue Angels take the aerial stage. Then it’s off to join the Prime Air delivery fleet. Eventually, all of Amazon’s delivery jets will get the same paint job – but there’ll be only one Amazon One.