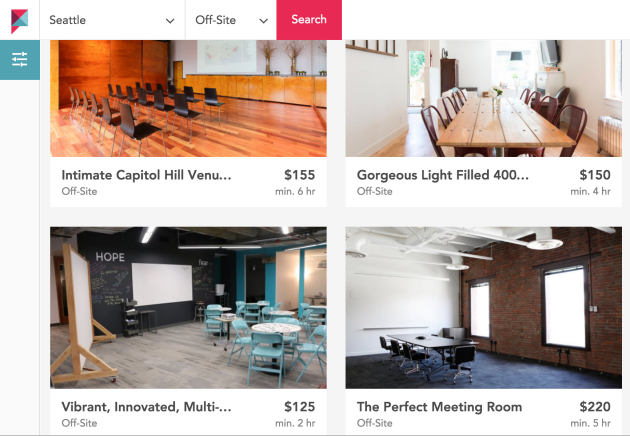 Peerspace is bringing its temporary real estate marketplace to Seattle.

The San Francisco-based startup officially launches today in the Seattle region, offering up an array of spaces for companies or individuals that can rent by the hour, day, week, or even month.

The marketplace model is similar to Airbnb, but geared toward people that might need extra space to have an event, conduct off-site team meetings, or even host weddings. For those that own the space itself, it allows them to earn extra income.

Peerspace first launched in the Bay Area two years ago and has since expanded to Los Angeles and New York City. It picked Seattle as its fourth market due to to customer demand — for example, local companies like Koru were utilizing the service in other cities and wanted something similar in their hometown. 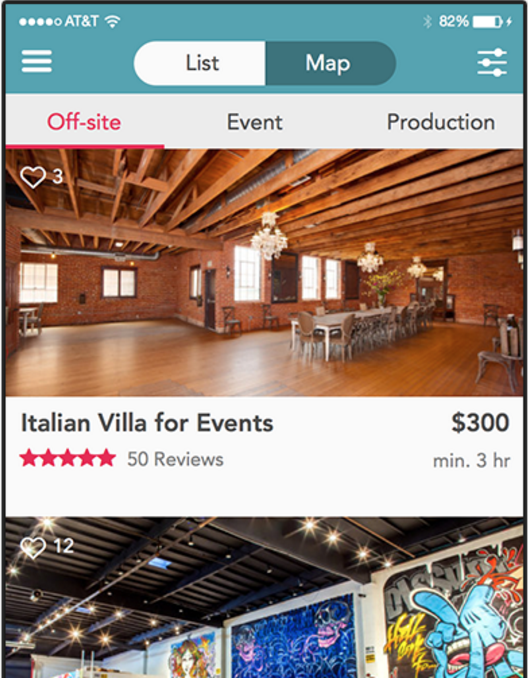 “We had this really great core group of early users ready to go and it made a lot of sense for us,” co-founder Rony Chammas told GeekWire. “Second of all, Seattle is a really interesting city for Peerspace to be in. The combination of technology, food, and culture really fits in well with our brand and mission, which is to connect people with the most creative and unique spaces available.”

Users can filter their search results depending on what type of event they are planning to host: off-site, event, or production. You can check out some of the “off-site” results for Seattle here, which range from an intimate Capitol Hill space with room for 50 people that goes for $155 an hour, to a 12-person meeting room in Queen Anne for $75 per hour.

“We built this marketplace with the intention of lighting up all the dark space that is in our cities,” Chammas said. “A lot of these spaces are amazing locations that you wouldn’t have known are in existence and open to rent. But through Peerspace, we made that possible.”

“If you’ve ever been to one of those conferences in the basement of a big hotel chain, you know it’s a place where you can’t wait to get out of there,” Chammas added. “The major difference with Peerspace is that our guests are really looking forward to get to the space and stay there.”

On the flip side, hosts that rent out their space not only earn extra revenue, but also get a chance to meet other people from the community.

“The expansion of your network and business presence within the community is the number one reason why hosts tell us they list their space on Peerspace,” noted co-founder Matt Bendett.

Peerspace makes money by taking a small cut of each transaction from both the host and renters, which also have the option to work with Peerspace’s concierge team that can help with catering, transportation, audio/visual devices, short-term event insurance plans, and more. The company has raised $7 million to date and employs 30 people.