One year ago today, NASA’s New Horizons probe whizzed past Pluto and opened up a new frontier for planetary science – and to mark the occasion, the mission team is looking back at its greatest hits and looking ahead to a landing.

“It’s strange to think that only a year ago, we still had no real idea of what the Pluto system was like,” project scientist Hal Weaver, who’s based at the Johns Hopkins University Applied Physics Laboratory, said in a news release celebrating the anniversary. “But it didn’t take long for us to realize Pluto was something special, and like nothing we ever could have expected.”

After more than nine years of cruising through interplanetary space, the piano-sized New Horizons spacecraft flew by Pluto and its moons at a speed of more than 30,000 mph on July 14, 2015, capturing readings as it went. Since then, the probe has been transmitting gigabytes’ worth of data back to Earth at a slow but steady rate.

The pictures have been unprecedented, providing the first close look at icy worlds that whirl more than 3 billion miles from the sun, in a region known as the Kuiper Belt. They’ve even inspired a set of postage stamps. Check out NASA’s gallery of the mission’s top 10 pictures: 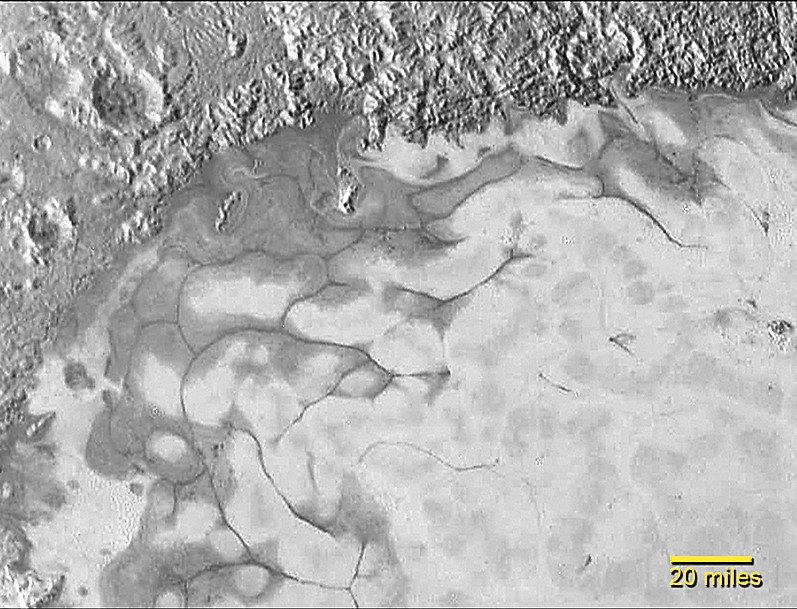 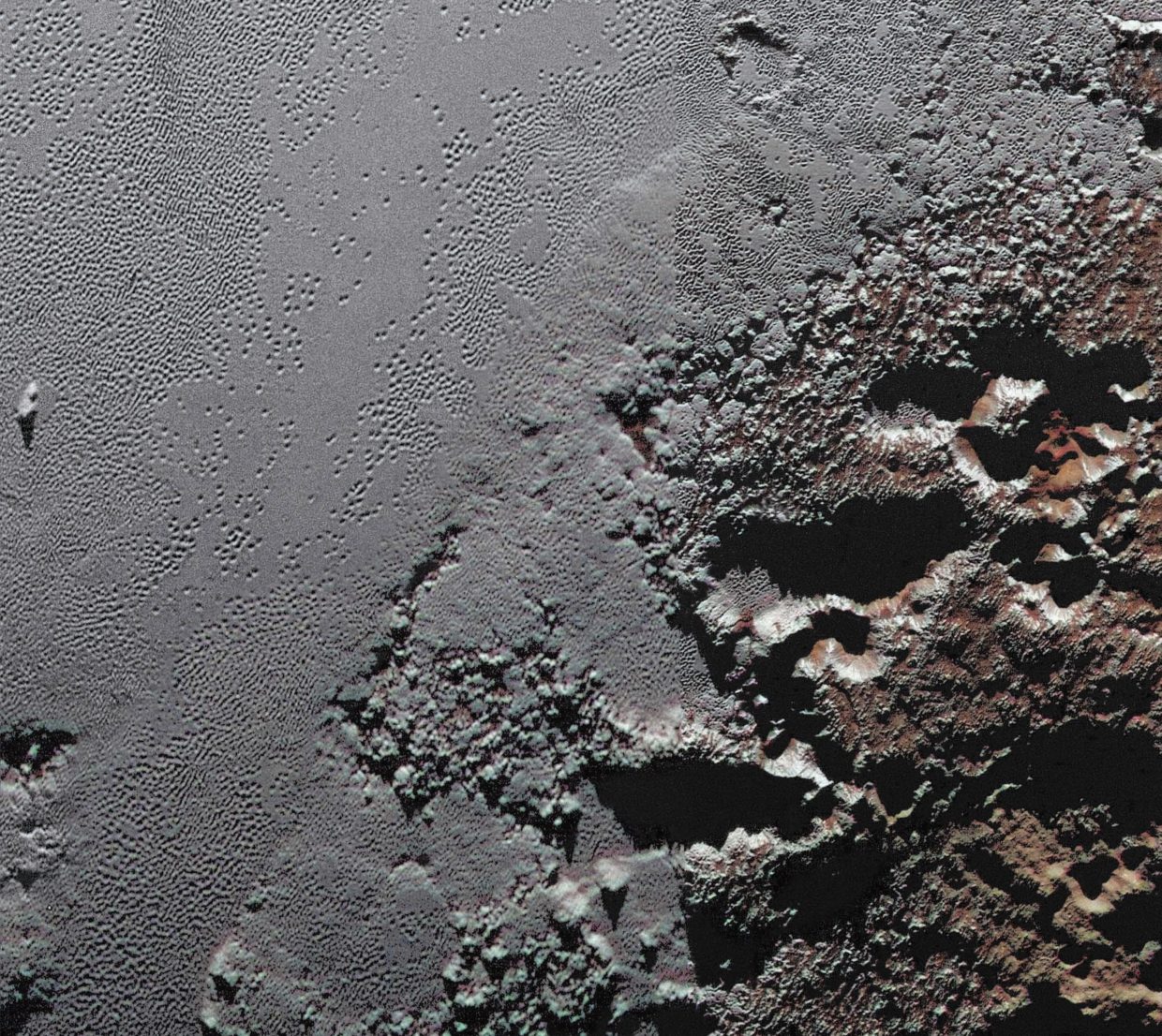 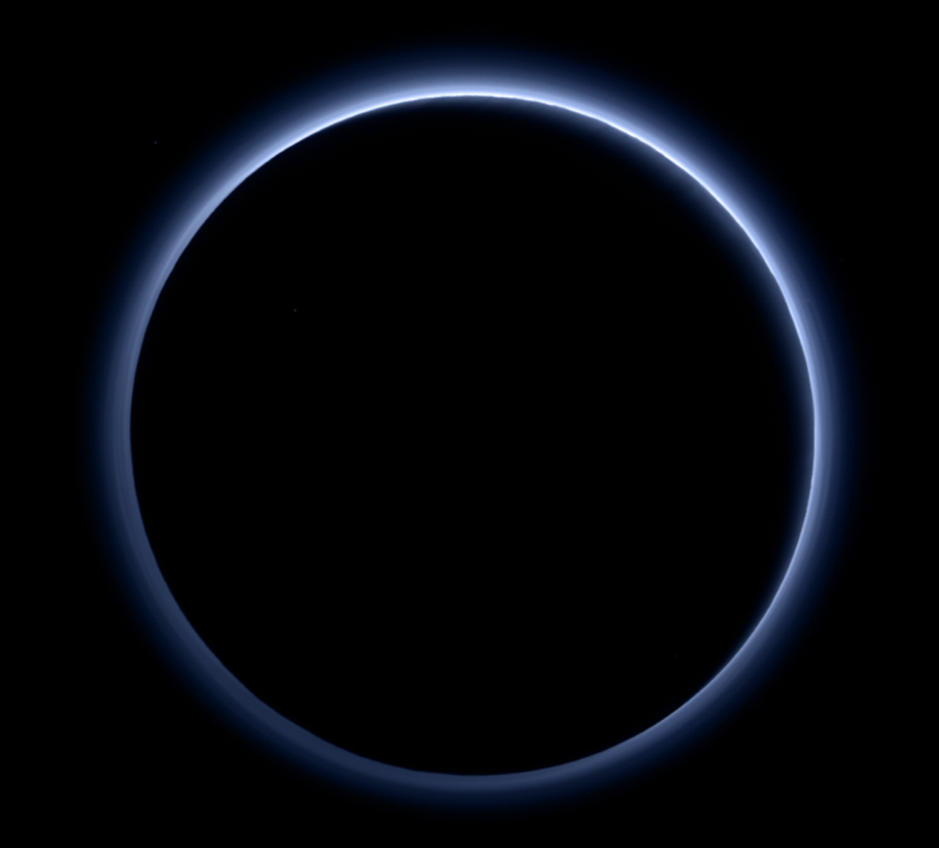 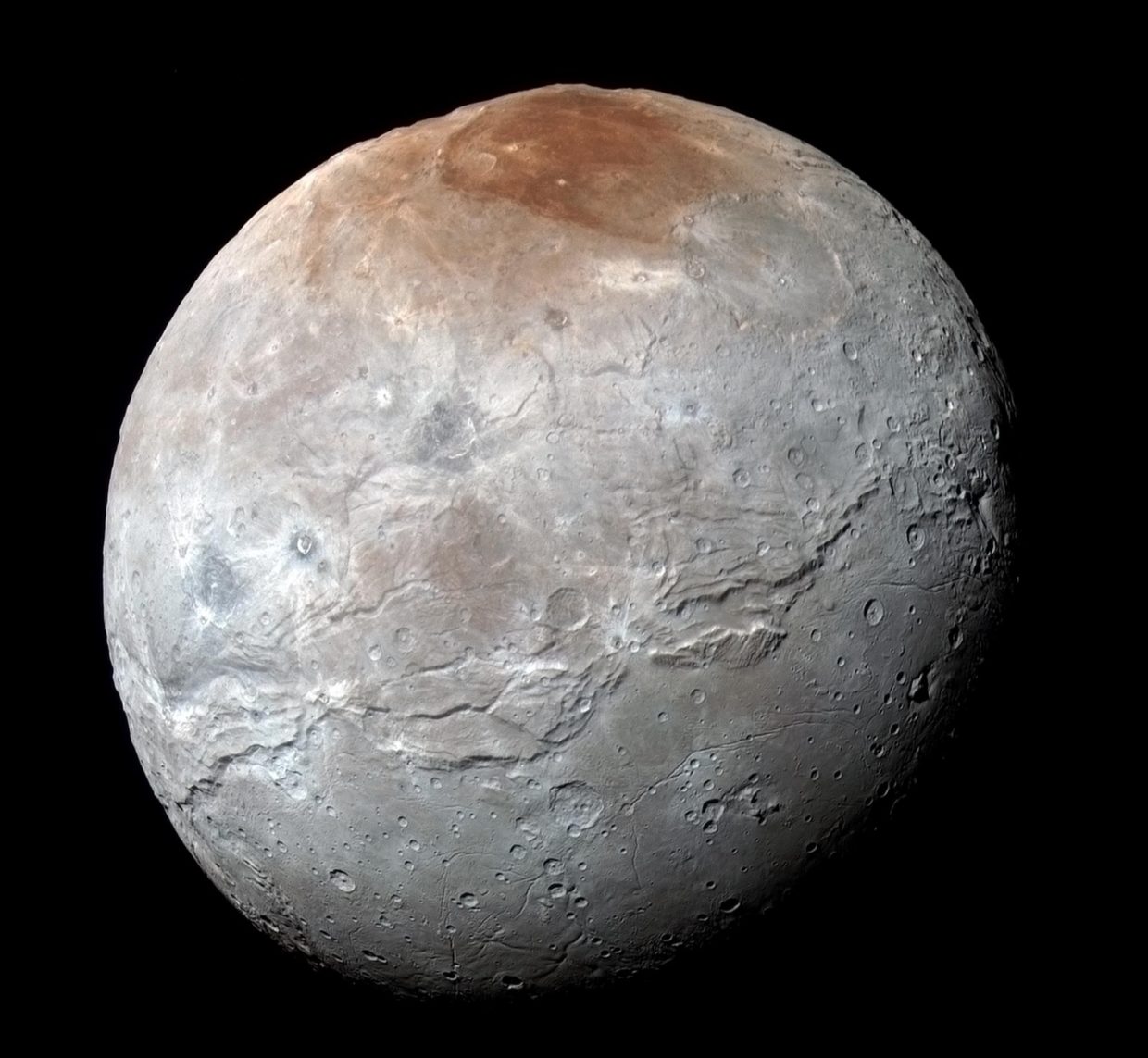 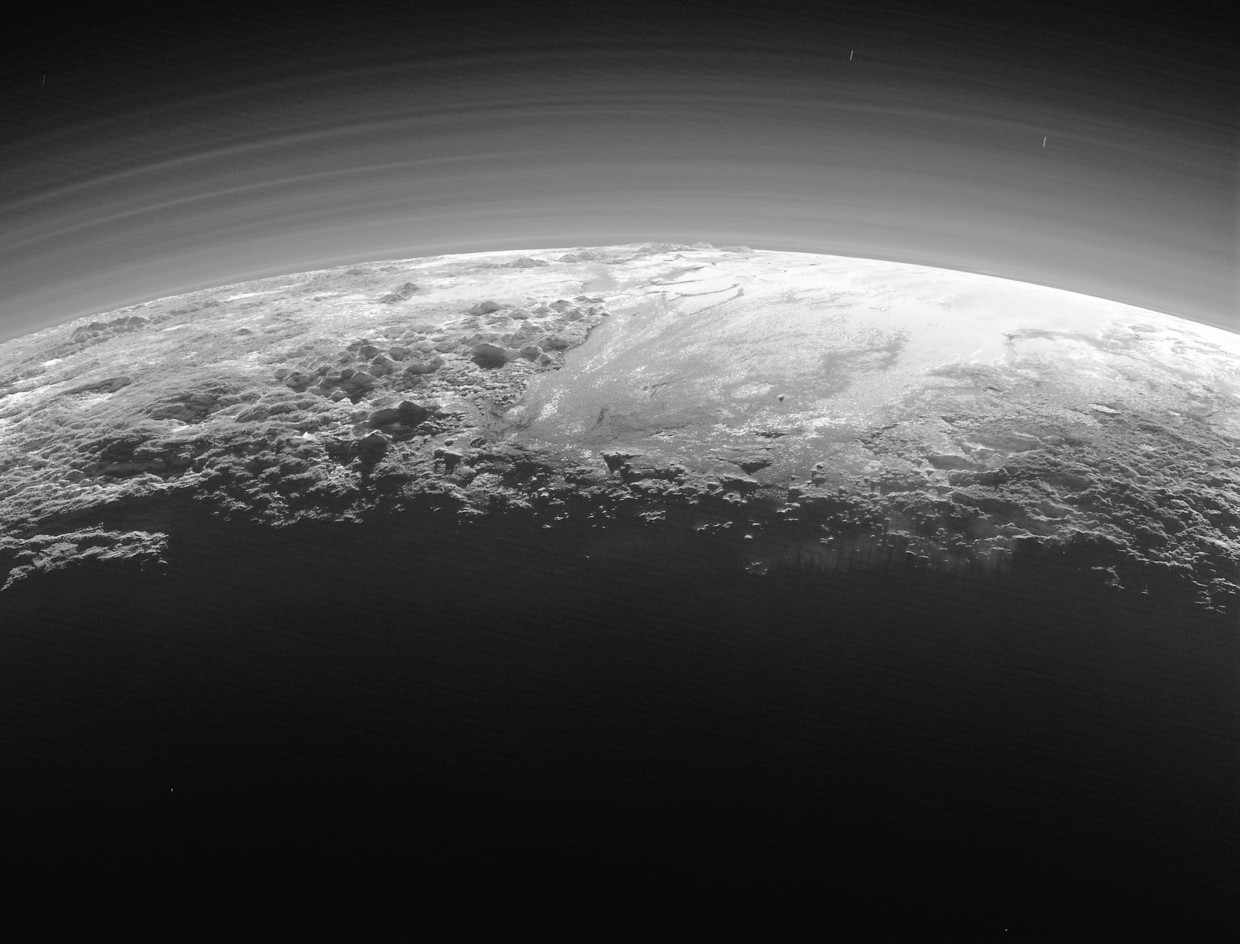 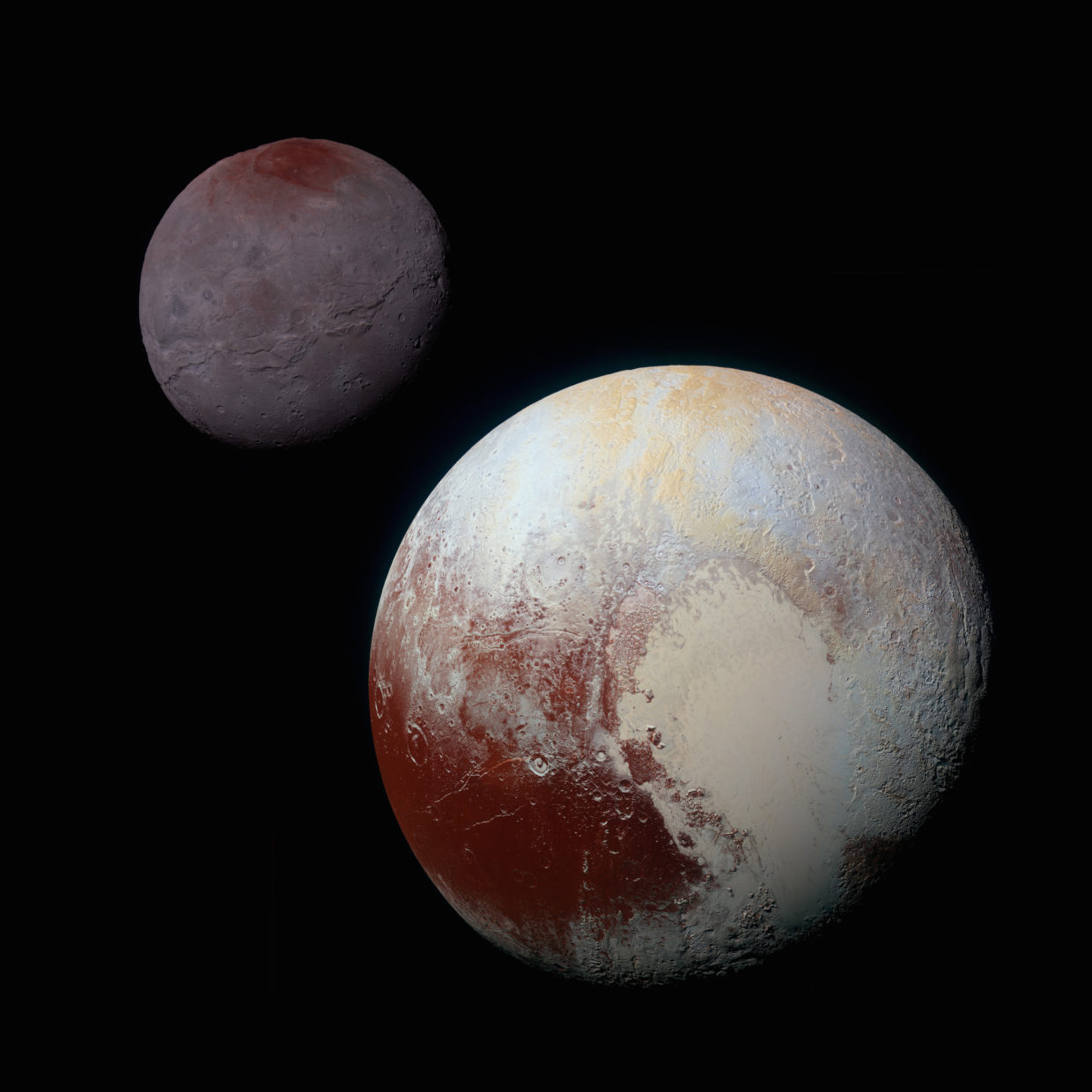 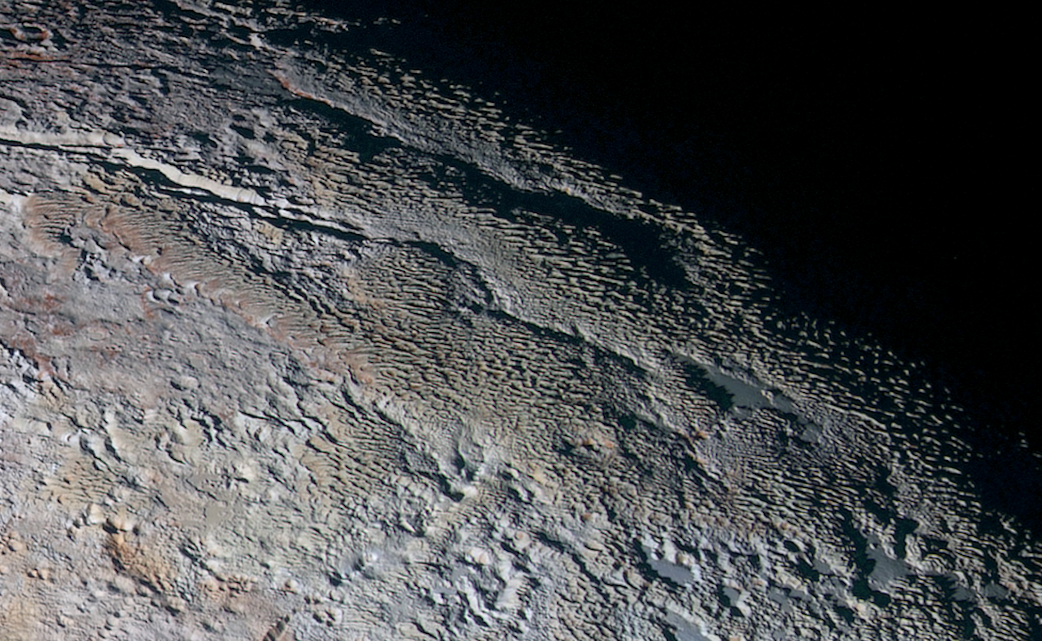 This New Horizons image reveals that an area of Pluto known as Tartarus Dorsa is covered with bladed ice structures known as “snakeskin terrain.” 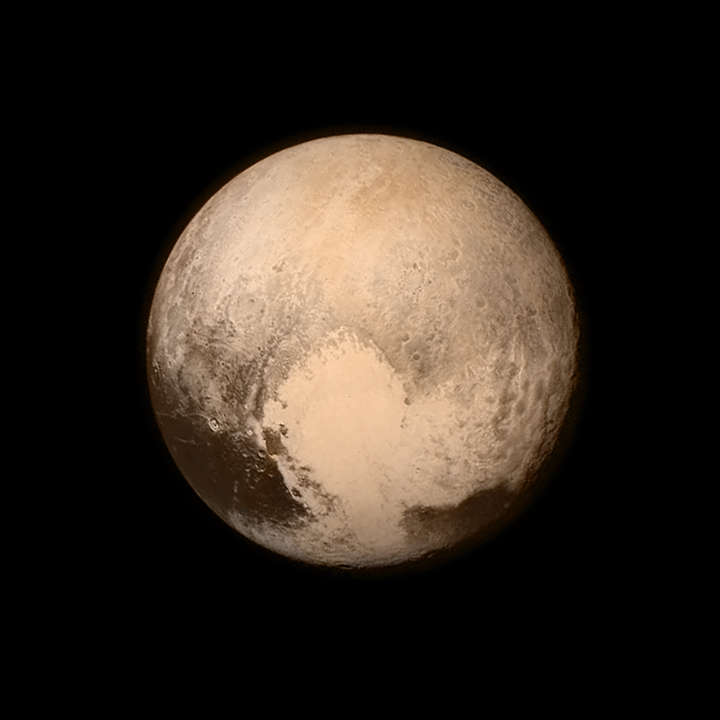 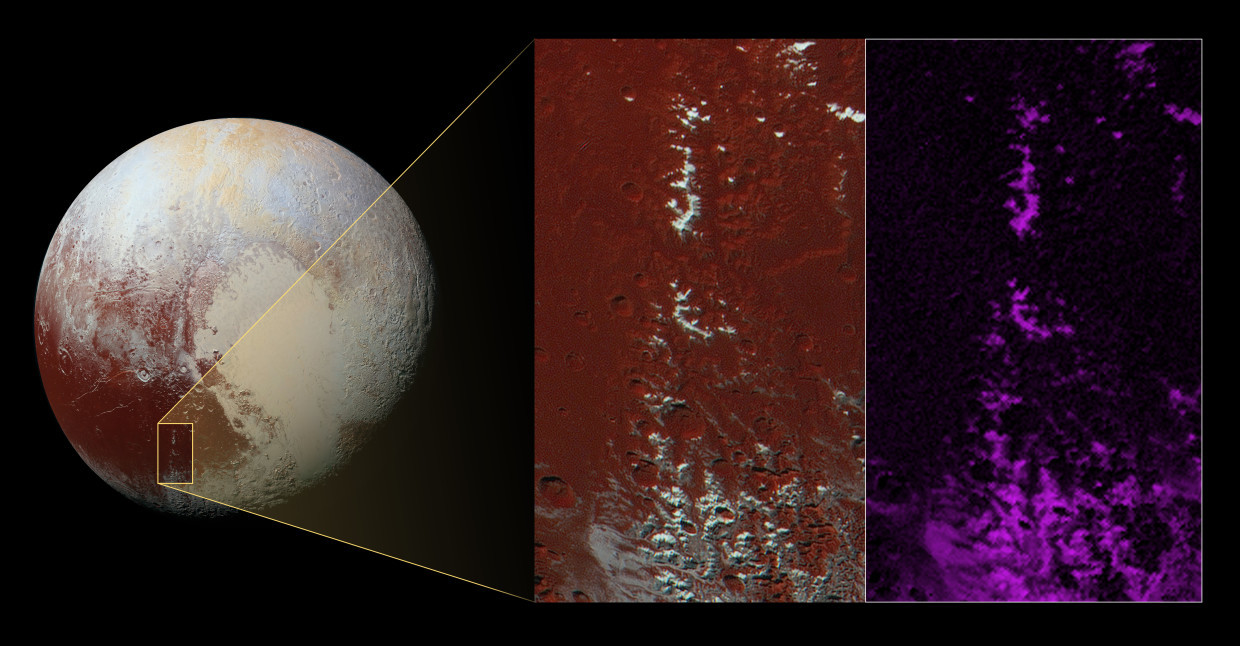 The inset pictures show a section of Pluto’s Cthulhu Regio that includes a reddish plain as well as a mountain range. The far right inset indicates the distribution of methane ice in purple. 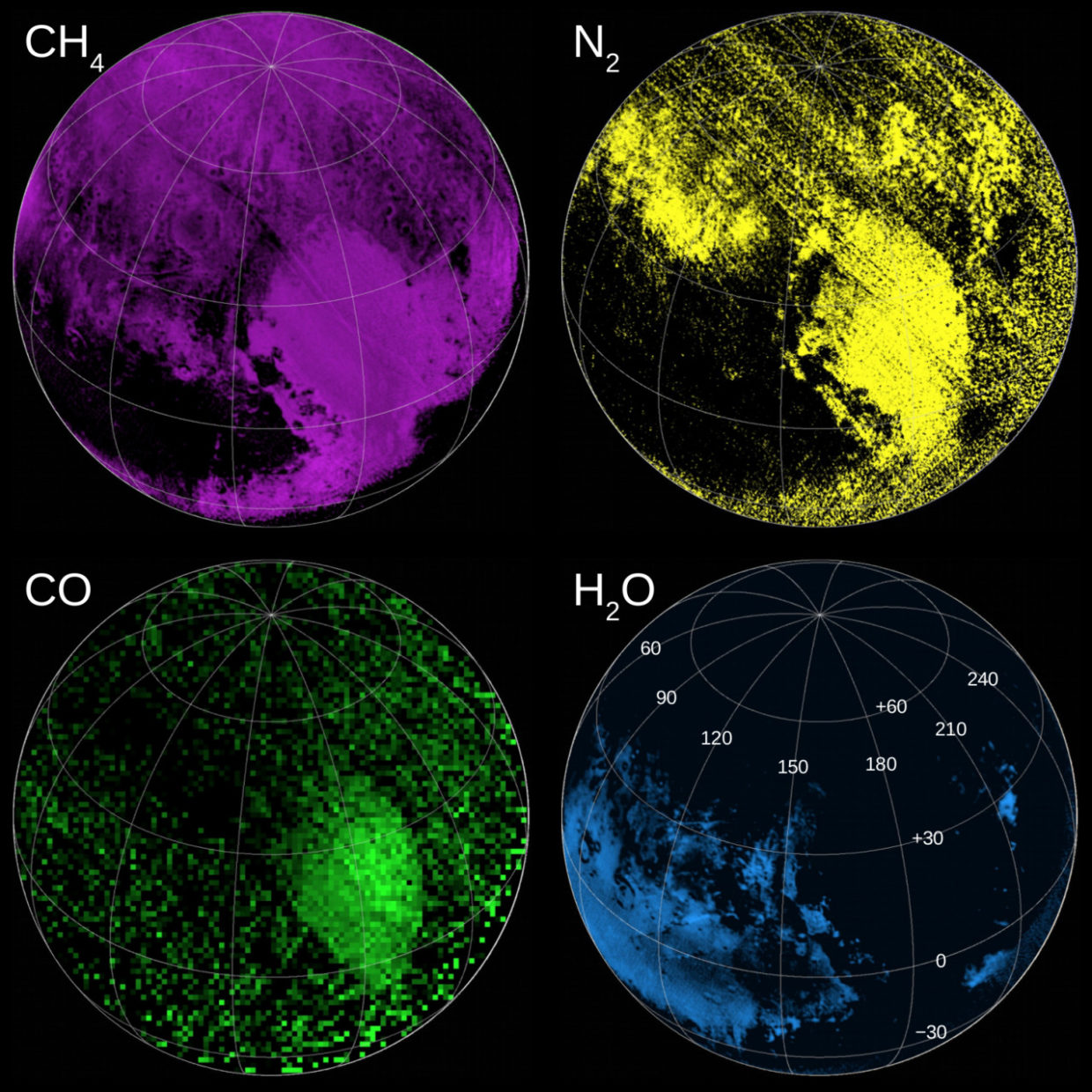 These color-coded compositional maps of Pluto indicate the regions that are rich in ices of methane (CH4), nitrogen (N2), carbon monoxide (CH) and water ice (H2O).

New Horizons is far from finished: The probe is expected to continue sending data from the flyby through October. Then the mission team will turn its full attention to preparations for another flyby. The 2019 encounter will focus on a smaller Kuiper Belt object known as 2014 MU69, about a billion miles beyond Pluto.

To cap off today’s anniversary of the Pluto flyby, New Horizons’ scientists stitched together images to create a video hinting at what a lander might see as it zeroes in on the dwarf planet.

“The challenge in creating this movie is to make it feel like you’re diving into Pluto,” Constantine Tsang, a New Horizons scientist at the Southwest Research Institute who worked with Stern to create the clip, said in a news release. “We had to interpolate some of the frames based on what we know Pluto looks like to make it as smooth and seamless as possible. It’s certainly fun to see this and think what it would feel like to approach a landing on Pluto!”

Could it ever happen? There’s no Pluto lander in the works. NASA says it has higher interplanetary priorities, such as looking for signs of life on Mars and the ice-covered moons of Jupiter and Saturn. But Stern has said he’s thought about designing a “hyper orbiter” that could land on Charon and keep watch on Pluto from nearby. So although it’s a long shot, there may be yet another new horizon ahead for Pluto explorers.