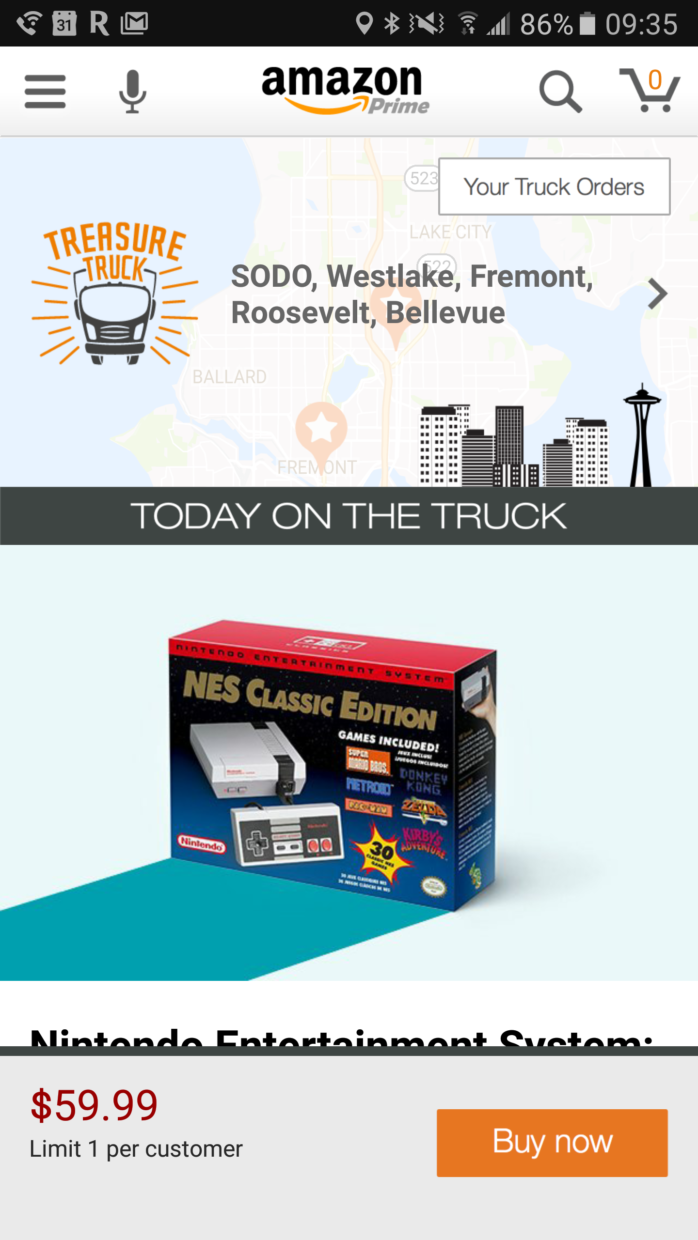 This morning the system was released to retail and sold out nearly instantly everywhere. Despite evidence of large demand following Nintendo’s July reveal, major retailers like Target, Walmart, Gamestop, and Best Buy received shipments of only five or six units per store.

At around 6:30 this morning an employee at my local Target came out to the line of about fifteen people and announced that the store had only five units to sell. The same thing played out at Walmart and Toys”R”Us, sending most of the hopeful nostalgic gamers home empty-handed.

At 9:35 AM, the Amazon app announced to users that the NES Classic was available on the Treasure Truck. Just two minutes later it was already sold out, and presumably due to a surge of traffic the app continued to throw connection errors well after that.

Following news of the shortages this morning, Nintendo issued the following statement:

The Nintendo Entertainment System: NES Classic Edition system is a hot item, and we are working hard to keep up with consumer demand. There will be a steady flow of additional systems through the holiday shopping season and into the new year. Please contact your local retailers to check product availability. A selection of participating retailers can be found at www.Nintendo.com/nes-classic.

Hopeful gamers who have struck out everywhere else do still have one more chance today to try to snag one. The NES Classic will be available on Amazon at 2:00 PM Pacific time, with a limit of one per customer and no one-click ordering.

Failing that, it looks like your only option will be to wait a few weeks for that “steady flow” of additional systems that Nintendo is promising soon.

Update, 2:15 p.m.: Amazon’s stock also sold out almost instantly, and many users experienced glitches that prevented them from checking out.