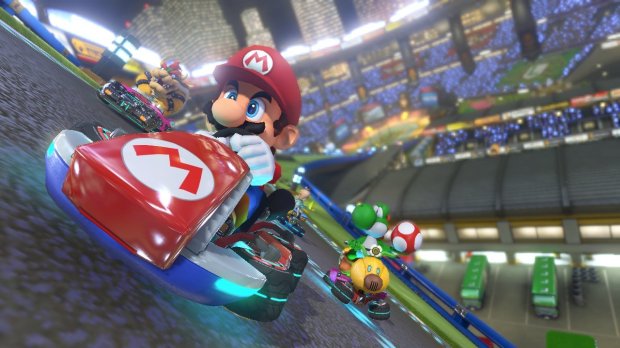 Get ready for your close-up, Mario.

Nintendo president Tatsumi Kimishima told a Japanese newspaper that the company will begin releasing its own feature films in the next two to three years. Nintendo, which has U.S. headquarters in Redmond, Wash., plans to use cash from selling its majority stake in the Seattle Mariners baseball team to fund its foray into filmmaking, according to Bloomberg News.

The iconic Japanese game maker is negotiating with several production companies but hopes to “do as much as we can by ourselves,” Kimishima said.

The announcement comes in the wake of a disappointing fiscal year for the company. Nintendo reported year-over-year revenue dipping over 60 percent for the quarter ending in March. Slow sales of Nintendo’s consoles and a failure to adopt to gaming trends, like mobile, have crippled the company in recent years.

Nintendo appears to finally be experimenting to stay afloat. The company has announced several initiatives intended to leverage its popular characters and improve its struggling financials. In addition to its new film initiative, Nintendo recently announced a number of new smartphone apps, the forthcoming NX console, and a new version of The Legend of Zelda coming in 2017.

Link, Zelda’s main character, may make his on-camera debut before Nintendo releases its first film. The gaming company is in talks with Netflix to create a live-action series based on the beloved video game. Both companies remain tight-lipped about the project, however.

Nintendo has occasionally licensed its characters for film, in the past, like the infamous Super Mario Bros. live-action film from 1993. But Kimishima’s announcement marks the first time Nintendo will produce films rather than licensing its characters out.

We can expect more announcements — including the release of four new games — over the next year as Nintendo continues efforts to steer its struggling business back on track.