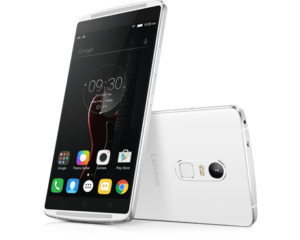 Microsoft has struck a deal to preload some of its most popular programs onto a portion of Chinese tech giant Lenovo’s Android devices.

A press release did not specify which devices are included in the agreement, but the deal will result in millions of new devices shipping over the next few years with Microsoft productivity tools like Microsoft Office, OneDrive and Skype preinstalled. The deal also includes a patent cross-licensing agreement with Lenovo and Motorola, which Lenovo purchased from Google for $2.9 billion in 2014.

“The marriage of Microsoft’s apps and Lenovo’s Android-based devices will enable customers around the world to be more productive, more connected and achieve even more,” Nick Parker, corporate vice president of Microsoft’s OEM Division, said in a statement.

With its own smartphone hardware business in decline, Microsoft is focusing on increasing its footprint by boosting usage of its software and online services on mobile devices. Microsoft noted in Tuesday’s announcement that it has completed 1,200 licensing agreements in the last 13 years, including similar deals with big players like LG, Samsung, Xiaomi and others around the world to preload Microsoft programs on their devices. Microsoft gives up some royalties in deals like these, but the tradeoff is getting their products in front of more users.

Microsoft and Lenovo have been working together for years. Lenovo uses Microsoft operating systems and programs on many of its devices. As technology is advancing, the two companies are exploring new avenues to incorporate their respective advantages. One example of that is a pair virtual reality-ready PCs that Lenovo is building that will run Windows 10 operating system.