To those in the Seattle tech community, the name John Stanton probably rings a bell.

To Seattle sports fans, though, probably not — until today, that is.

The Seattle Mariners announced plans for huge leadership changes on Wednesday, with CEO and chairman Howard Lincoln stepping down this August. He’ll be replaced by Stanton, who was already a minority owner and will be responsible for the club’s day-to-day operations.

Current majority owner Nintendo of America plans to sell all but 10 percent of its controlling stake to other members of the current local ownership group, with Stanton as the “controlling party,” making key decisions for a group of 17 minority owners — none of which will be considered “majority.”

The team, along with its regional ROOT Sports television network, is valued at $1.4 billion. This marks the first sale of an MLB team since 2012.

Lincoln, who will retire after 16 years as the team’s CEO, spoke highly of Stanton on Wednesday.

“John is one of the most widely-respected and admired businessmen in our state and across the country,” he said. “… I’m confident that come August, the Mariners will be in very good hands with John Stanton at the helm.” 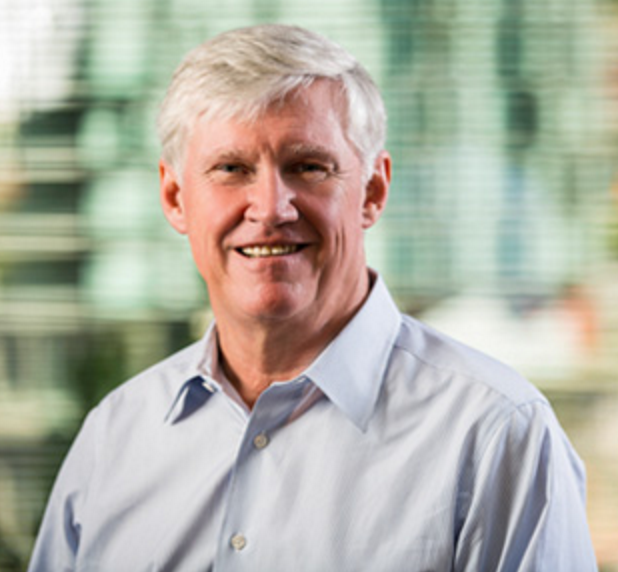 Stanton then took the podium, noting how most folks in the room probably didn’t know much about him.

“I suppose lots of you are wondering, who the heck is John Stanton?” he said candidly at the beginning of today’s press conference at Safeco Field.

Stanton is regarded as a wireless pioneer and his resume speaks for itself. The Seattle native and graduate of Whitman College in Walla Walla, Wash. has led companies ranging from VoiceStream Wireless (the predecessor of the modern day T-Mobile) to Clearwire Corp. In addition, he worked as a top executive at McCaw Cellular and Western Wireless.

Stanton is also an active investor, having founded Trilogy Equity Partners in 2006. In the past two years, Stanton also joined the Microsoft board of directors, in addition to Costco’s board.

Outside the boardroom, the husband and father of two grown men has given back to his community in various ways. He holds leadership roles with the Business Partnership for Early Learning, the United Way of King County campaign, and Year Up of Puget Sound.

Yet even with all those accomplishments, he called his increased responsibilities with the Mariners “perhaps the supreme honor for me in my career.”

Stanton loves sports. He said he cried as a teenager when Seattle’s previous professional baseball team, the Pilots, left town in 1969. Stanton was also a minority owner of Seattle’s NBA team, the Sonics, and voted against the sale that ultimately moved the team to Oklahoma City in 2008.

But baseball is Stanton’s favorite sport. His family owns part of smaller teams in Washington like the Walla Walla Sweets, Yakima Pippins, and Tacoma Rainiers. In 2000, he became a minority owner of the Mariners.

Eight years prior to that, Lincoln, as chairman of Nintendo of America, helped broker the purchase of the Mariners for majority owner Hiroshi Yamauchi — a move that arguably saved professional baseball in Seattle.

“When Hiroshi Yamauchi made what he regarded as a ‘gift to Seattle’ to keep baseball in this community, he did so with the hope and belief that eventually the team would be returned entirely to local ownership,” Stanton said today. “Today marks the opportunity for us to do that and it’s exciting to me to see Mr. Yamauchi’s dream realized.”

Yamauchi, who worked at Nintendo for 53 years and is regarded for helping transform the company into a multi-billion-dollar gaming behemoth, passed away in 2013. His successor, Satoru Iwata, passed away last year. Shortly thereafter, Lincoln said that he became “anxious” to retire, and began discussions about selling Nintendo of America’s majority stake.

Which brings us to today’s announcement and Stanton’s new role with the Mariners. The veteran tech entrepreneur and businessman made his goals clear for the team, which has been without a playoff appearance for 15 consecutive seasons.

“The fans invest their money and their time, and we owe them a great product on the field,” he said. “I hope and expect that we will win a World Series in Seattle.”

Gotta thank Nintendo for saving the team. But now its time to win. And for an ownership group that demands it. Lets go.

Asked how involved he’ll be as CEO, Stanton said the most important thing is to “let good leaders lead.” He also said he’ll focus on creating a culture that’s enthusiastic.

Stanton recently spoke at GeekWire’s Startup Day event in February, sharing insights from his decades of professional experience in the tech industry. Some of his comments shed light on his leadership philosophies, which will perhaps carry forward with the Mariners, though in a much different world.

Here’s a recap of his comments:

On hiring and firing:

“I teach at Stanford’s business school, and one of the adages I’ve learned from some professors there is the notion that almost everyone’s tendency is to be too quick to hire, and too slow to fire. [McCaw Wireless founder] Craig McCaw had a great way of thinking about that. He insisted that when we were going to hire someone, you interview the person and spend time with them in three different settings. Ideally, it’s a setting where they are more comfortable than you — their home or office — as well as a setting where you’re more comfortable than them, and a neutral setting. It gives you a chance to get to know them and really stress them in a way that’s a little different than just the notion of asking a stressful question.

The slow to fire piece is also important. Sometimes, you can figure out that people just aren’t working out in an organization. Almost everyone I’ve know that had to make a decision in terms of taking someone out of the business says they should have done it earlier. You do know, and you usually have the opportunity to make that decision.

And on organizing your business, rapid growth is such an enormous challenge because you keep outgrowing people. The key challenge, and I feel like our organizations have been good at this, is finding new roles for people. Maybe it turns out that your CFO doesn’t have the skills to do the job when you start off — find an opportunity, even outside the financial area, to be able to do something productive in the business because the institutional memory, the knowledge, the understanding, the passion they have can make a huge difference in your success.”

The dynamic for me — my sons are 25 and 19 now — is that we were relatively older when we had our kids, and therefore a lot of that crazy time for us occurred before we had kids. But I remember my wife bringing boxes of checks home — she was CFO of Western Wireless — and our son would be sitting on the floor between us, even before he could walk, and we’d be signing checks. Tim said he learned more around the dinner table than he did at finance class in school. So that was our dynamic, having life kind of run together rather than compartmentalize. That’s part of the answer.

You also shouldn’t be afraid of taking a call at home. I know guys that will say, ‘I will never take a business call at home.’ That’s silly, nor is it reasonable to never take a personal call at the office. It all runs together. In the earlier stages of your business, the more important this is.

The one thing is, kids will trump a tremendous amount. It’s one thing to find balance in your marriage or relationship with your partner; it’s another thing in terms of kids. That time is, in a more real sense, fragile. I think you have to shift the balance a little bit in favor of family once you’ve got kids.”

On building a great board of directors:

“I’m on public company boards and private company boards, so my answers have some similarities but some fundamental differences. The most important similarity goes back to this notion of diversity. It is important to have people with diverse backgrounds, but also, diversity of perspective is the most important thing. Someone who has been in a business, run a business, or been a former CEO, is tremendously valuable. Having someone who comes from government or a retired general, for example, can also provide a perspective.

Having gender balance within boards is also vitally important. I’m on the board of Columbia Sportswear, and for better or worse, 80 percent of the clothes that Columbia makes are purchased by women. We benefit from having three women on our board that bring different perspectives, and frankly we’d be better off if we had more women because they look at a lot of the challenges we have differently.

There are differences that come in a smaller board, and a lot of it has to do with time, especially with earlier stage companies. Sometimes the phone will ring at odd hours. For example, I talk to the CEO of GameChanger, Ted Sullivan, at least once and probably on average twice a week. That never happens with a public company board. At Microsoft, you have long meetings, very intense, with very thick notebooks. But the time between board meetings is far fewer.

So make sure you find board members that have the time. And frankly, finding someone who is younger and closer to your age, as well as someone who maybe has more expertise, regardless of age, is helpful. I would hate to have a board full of people with nice resumes but they are all in their 50s and 60s for a company that is trying to create a new app or new game because there are fundamental differences.