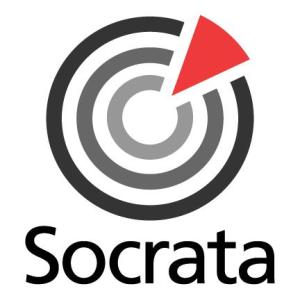 The federal budget has never been particularly pretty. At thousands of pages long with many complicated details and subsections, the budget is tough for the ordinary citizen to even look at, let alone read through.

For the second consecutive year, Socrata — a Seattle-based startup specializing in cloud solutions for open data and government accountability — has effected a complete makeover for President Obama’s final budget, simplifying and prettying up the data so that citizens can easily access and read the portions of the budget that are of interest.

The White House published the 2017 budget this week using Socrata’s open data platform and financial transparency suite, which aims to help citizens to see where their tax dollars are going to be spent and to be able to create their own charts and data visualizations to better understand the numbers behind the budget.

According to Socrata, the White House is using its open data tools to allow greater transparency and accountability in government finances. In 2014, President Obama passed the Digital Accountability and Transparency Act (DATA), which required federal agencies to make their expenditures publicly available online and to inform citizens on the exact breakdowns and allocations of those expenditures. The hope for DATA was to reduce waste, fraud, and financial abuse by allowing citizens to exercise oversight on the government’s financial data.

President Obama’s new budget for 2017, according to the New York Times, will top $4 trillion, causing the national deficit to increase to 3.3 percent of GDP or $616 billion, up from 2.5 percent of GDP last year. Two major highlights of the budget include a $19 billion Cybersecurity National Action Plan, which will institute broad measures to protect Americans from data breaches, and the $4 billion Computer Science For All Initiative, which will expand K-12 computer science education programs.

“The budget is a roadmap to a future that embodies America’s values and aspirations,” President Obama said in a White House press release. “[A] future of opportunity and security for all of our families; a rising standard of living; and a sustainable, peaceful planet for our kids. This future is within our reach.”