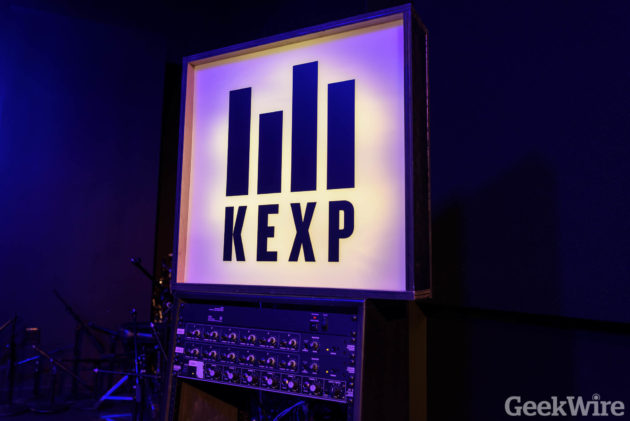 Musicians who visit radio station KEXP’s new home at Seattle Center will get to play in a state-of-the-art live performance studio, with high-tech lighting and a video production team capturing their performances for music fans around the world.

But a more modest room, just down the hall, demonstrates what truly sets KEXP’s new space apart. It’s a dedicated storage room for visiting bands’ travel cases, so they can leave their instruments and equipment at the station for the day without concern.

“Artists are tethered to their vans,” explained Kevin Cole, KEXP’s afternoon DJ, giving a tour of the space this week. “They don’t ever want to leave their vans on the road because you’ve heard the horror stories of gear getting stolen. We want artists to have a great experience in Seattle, and we want them to get out and explore. So if they come to do a session here, they can store their gear all day.”

Such a luxury wouldn’t have been imaginable at KEXP’s cramped, 6,500-square-foot former home across town. The case storage room illustrates the kinds of thoughtful touches that the radio station has added as part of its move to the renovated 28,000-square-foot space on the northwest corner of the Seattle Center grounds, designed by SkB Architects. 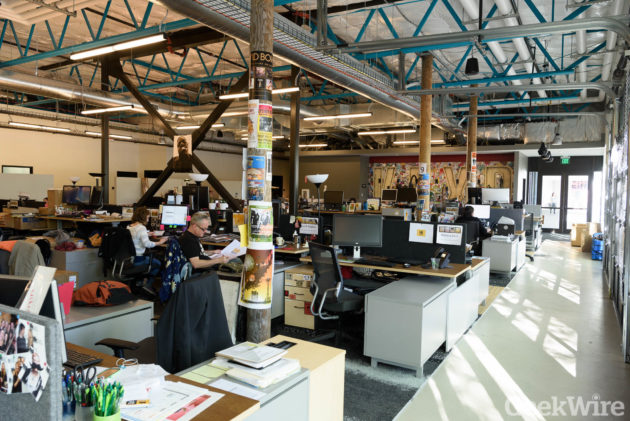 KEXP will hold a grand opening event on Saturday, open to the public. We got a sneak peek of the space this week as part of a media preview. Continue reading for pictures and notes. 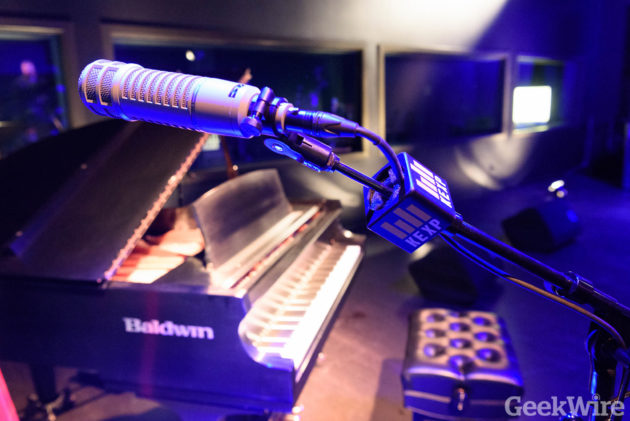 For visiting bands, the storage room isn’t the only amenity. The green room is pretty sweet, complete with a shower, kitchenette, classic furniture and wallpaper just begging for artists’ signatures. 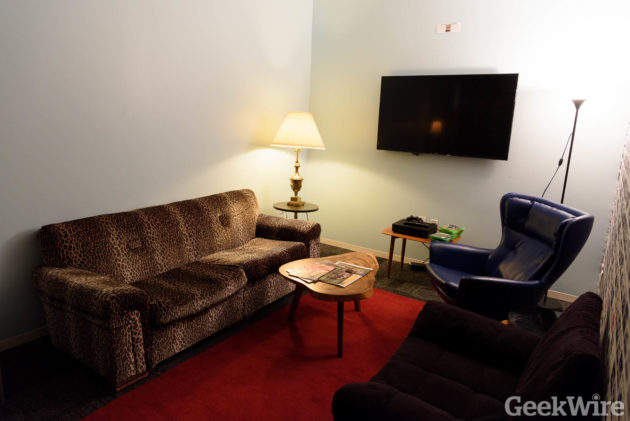 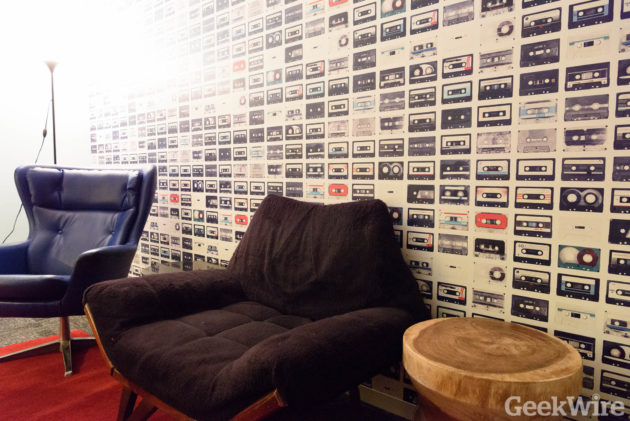 Other unique aspects of the space include a public stage for performances, which was broken in by English singer-songwriter Robyn Hitchcock at this week’s media preview. 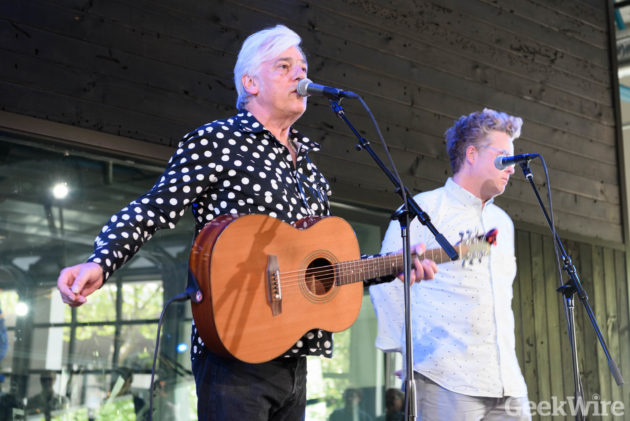 The new space also includes a Microsoft Kinect-powered experimental tech installation, called “Inside the Music, which we explored in this previous post. 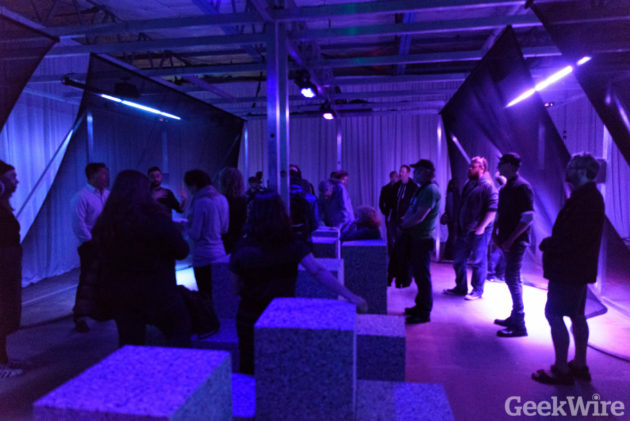 The open lobby features the first-ever coffee shop operated by espresso machine maker La Marzocco, which has its U.S. headquarters in Seattle. “Hopefully this becomes a central catalyst for people in Seattle understanding what’s happening in the independent coffee movement around the world — just like KEXP does for music,” said Scott Callender of La Marzocco. 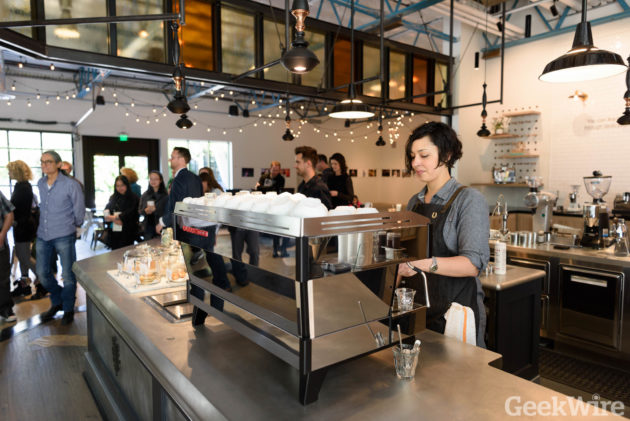 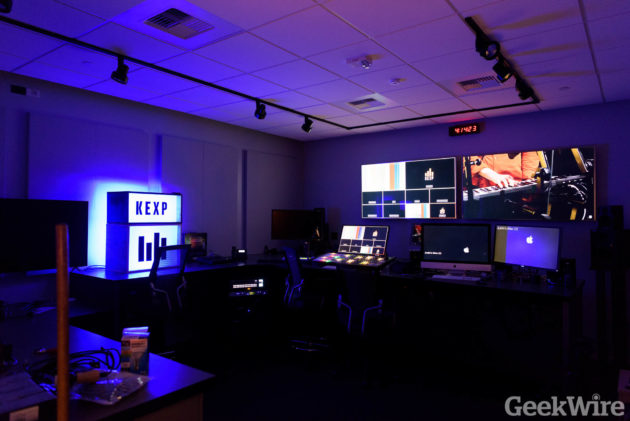 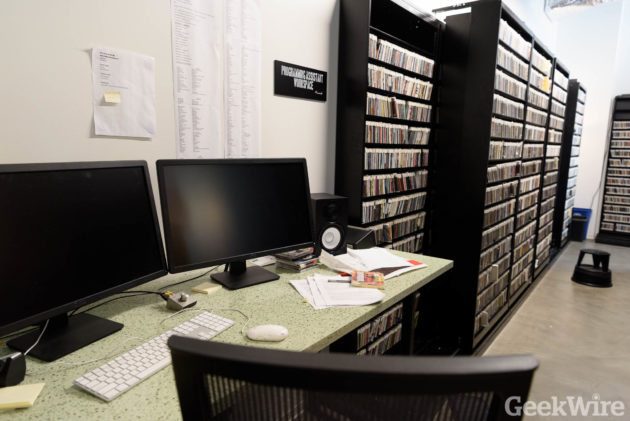 KEXP’s program director and DJs have a long tradition of writing notes to each other on album and CD covers, creating a historical archive of music commentary in analog form. 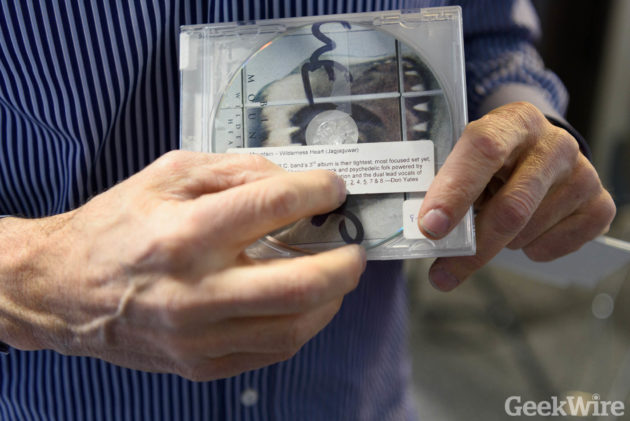 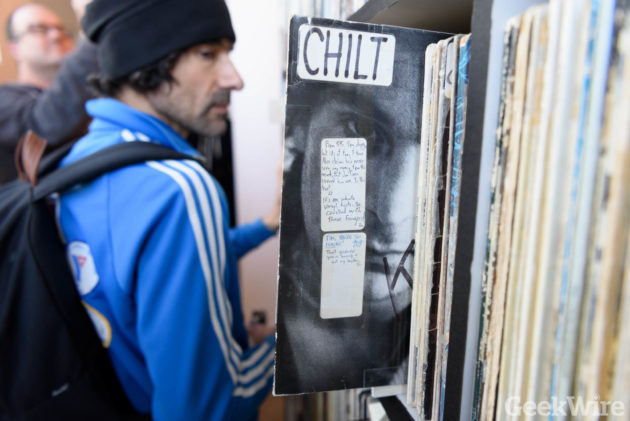 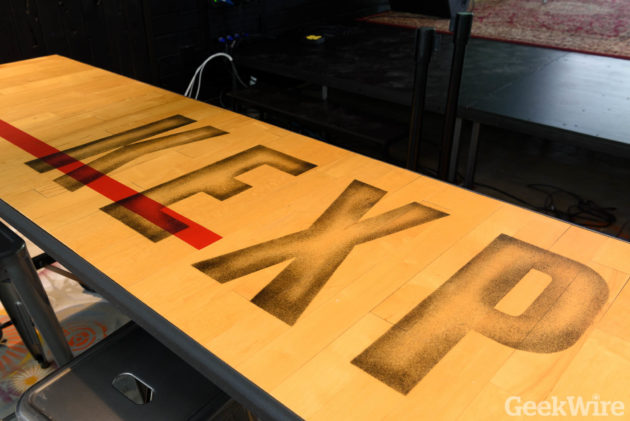