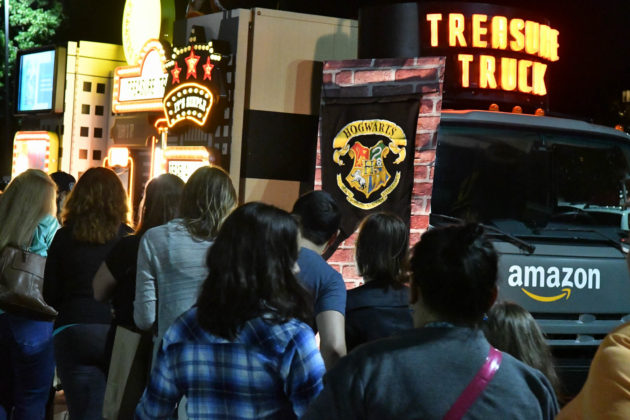 A huge crowd of Seattle’s wizards and Muggles descended on Amazon’s Treasure Truck at midnight tonight to get their hands on a copy of the much-anticipated new book Harry Potter and the Cursed Child. The atmosphere was festive, reminiscent of the midnight album releases from way back when, with plenty of folks in wizard costumes and lots of selfies in front of the Hogwarts sign. 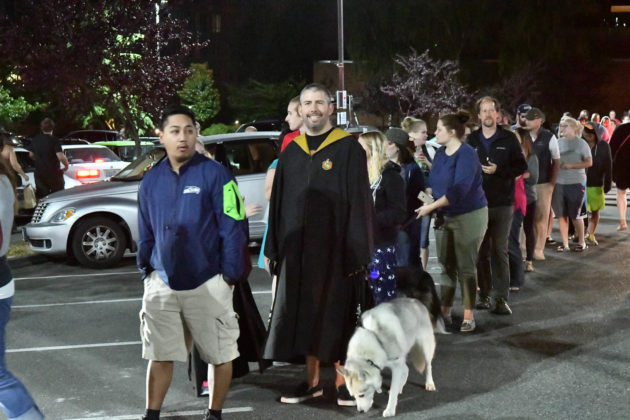 This is the first midnight excursion for Amazon’s Treasure Truck, the rolling deals vehicle that pops up every so often in Seattle, allowing people to buy the deal on the Amazon app and pick up up at different Treasure Truck locations.

The line of folks in line wrapped all the way around the parking lot, and the steady stream of cars driving in showed no signs of letting up when I left at 12:30AM. The cheery Amazon employees were tight-lipped and wouldn’t share just how many books were sold from the Treasure Truck tonight, stating simply “I can’t give out numbers, but we brought lots and lots.” 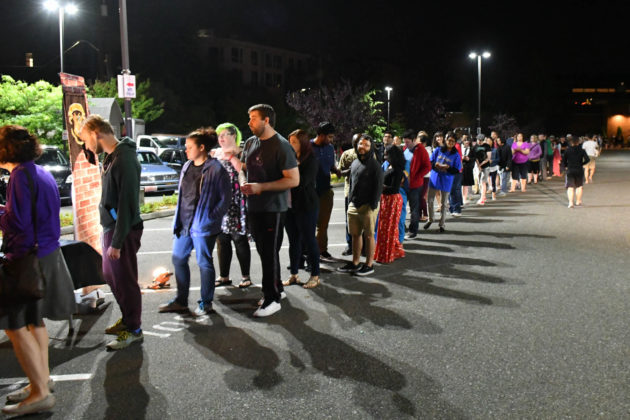 The midnight Harry Potter release at the Treasure Truck coincides with midnight home delivery of the book that Amazon is delivering tonight using their Amazon Flex drivers. We’re guessing that this was a big night for Harry Potter and Amazon, as the book has rocketed to the #1 best selling book on the site. 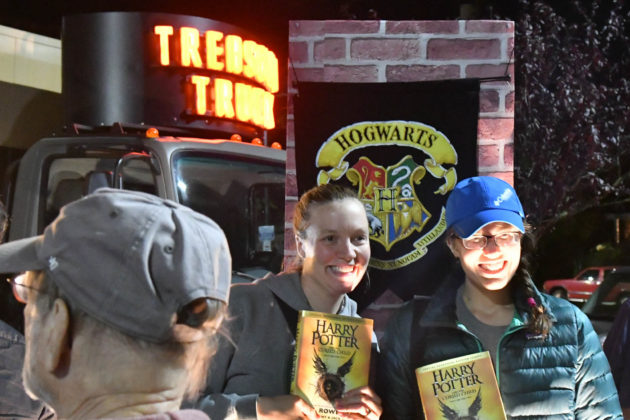 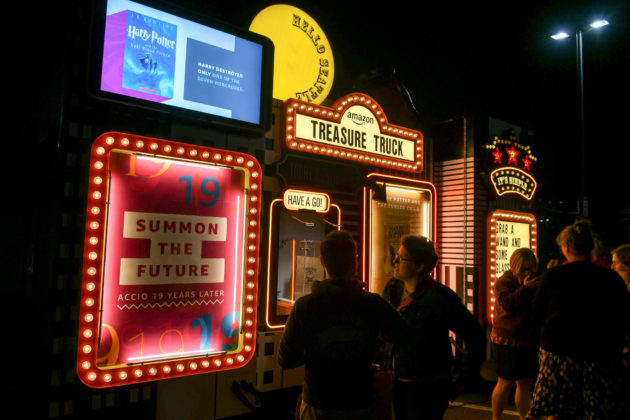