LAS VEGAS — It’s not surprising that Andre Agassi is in Vegas this week, given that he lives in the region. But seeing the tennis legend at a press conference talking about the power of technology just before the Consumer Electronics Show kicks off?

That was a little surprising — until, of course, you realize how invested Agassi is in helping more children get a proper education.

Agassi met with reporters on Tuesday at the Bellagio Hotel and Casino to announce a partnership with Square Panda, a Silicon Valley-based startup that today launched its iPad-based software/hardware combination product that teaches children ages 2-to-8 basic reading skills. 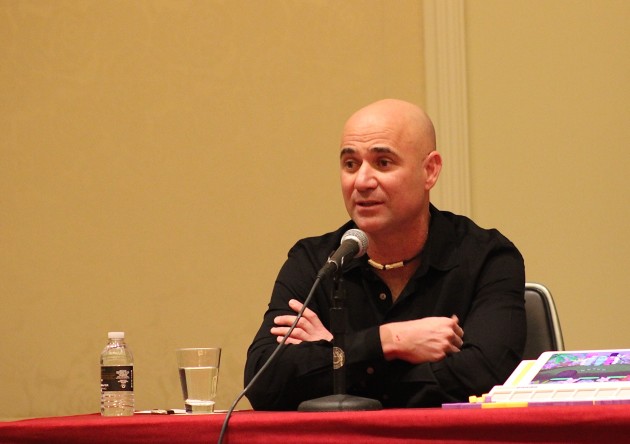 The 45-year-old Agassi, considered by many to be the greatest tennis player ever and one of the most popular athletes of all time, has dedicated much of his post-tennis life to education. He launched the Andre Agassi Foundation for Education in 1994 and created the Andre Agassi College Preparatory Academy in 2001, eventually helping start 50 other charter schools to date.

“I recognize that education is the only way to make real systemic change in a child’s life,” Agassi said today. 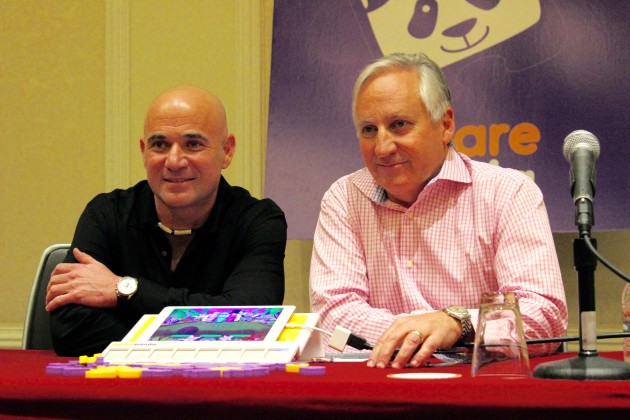 Given his involvement in the industry, Agassi said he gets more than 100 education-related pitches per year from startups and other organizations, turning down “99 percent” of them. But Square Panda struck a chord with the eight-time Grand Slam winner because it helps kids learn how to read at a young age.

“It was pretty much a no-brainer for me,” he said. “It has a real, scalable impact.”

Founded by Tom Boeckle, a veteran entrepreneur who struggled with dyslexia as a child, Square Panda sells a $99 iPad accessory that utilizes physical letters and an iOS app to allow young children play games that teach phonics and reading skills. It also uses machine learning and algorithms to adopt to a specific child’s learning style.

“It’s always been the ideal of education to customize the educational experience to the learning style per child,” Square Panda CEO Andy Butler said today. “Economically, that’s never been feasible, except for the very, very rich to have 1-on-1 tutoring systems. But with technology today and the ability to understand a child through actual engagement, we can now have adoptive software that approaches this ideal. That’s really what Square Panda is about.” 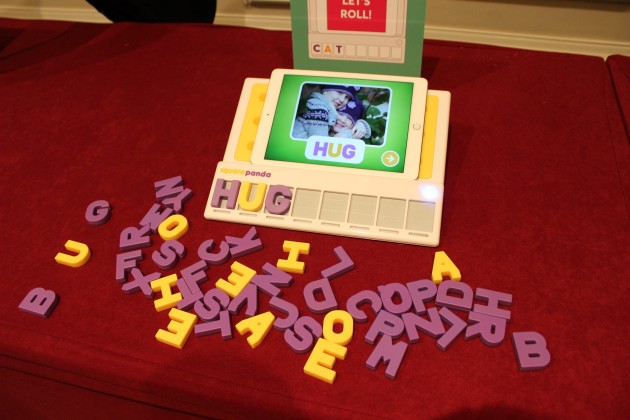 The plan is for Square Panda’s product to be used by individual families, schools, and organizations like Head Start, where it is already being piloted.

“When you get kids who collectively are doing this, their attention span is greater than I have ever seen for this age group,” noted Agassi, also the founder of the Turner-Agassi Charter School Facilities Fund.

Agassi, now a major Square Panda shareholder and board member, said he realizes what it means to put not only his money, but an entire brand he’s spent his whole life building behind a company like Square Panda.

“I’ve chosen to do this because it’s crucial to all those that can’t afford a high quality education,” he said. “We have a broken public education system and I’m tired of waiting for the government to solve issues. I’m tired of waiting for philanthropy to figure out a way to be scaled. We have to come to the table on multiple fronts to figure out solutions to real, daunting societal issues.”