You don’t know what you’re passionate about until you have the chance to try.

That was one insight from Grammy Award-winning artist Ryan Lewis, who joined Madrona Venture Group Managing Director Tom Alberg for a fireside chat on Wednesday morning in Seattle at the 13th annual Foundations of Science Breakfast hosted by the Pacific Science Center.

Lewis, a Washington native who rose to worldwide fame as a producer for hip-hop duo Macklemore & Ryan Lewis, touched on everything from his love for MS-DOS, to Snapchat, to advice for 10-year-olds during a 40-minute discussion with Alberg, an Amazon.com board member who co-founded Madrona 21 years ago and heads up one of the region’s top venture capital firms. It was an unusual pairing, bringing together one of Seattle’s best known hip hop musicians with an icon of the Northwest technology scene.

Lewis was sharp and witty, despite having just come from an all-night filming of a music video. He joked that Macklemore was probably fast asleep. 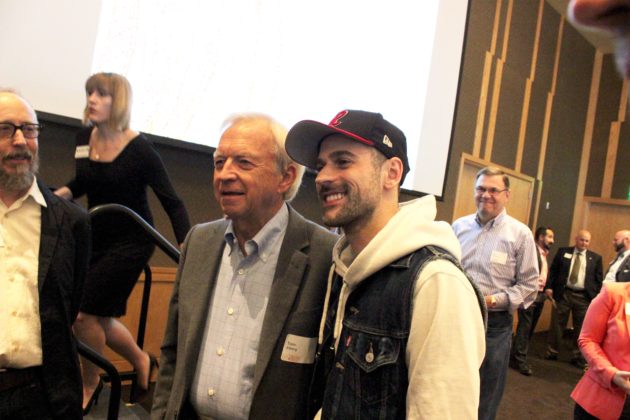 The Spokane native and University of Washington graduate said he was lucky to have opportunities growing up that helped him find a passion for music and art, whether it was running his own photography business as a teenager or playing with music software on computers. He applauded organizations like the Pacific Science Center that expose kids to different opportunities that can one day turn into a new passion or perhaps a new career goal.

I don’t think I would be here in an interview if YouTube wasn’t in existence, if social media hadn’t been developed, or if these platforms for artists to promote and develop their own careers hadn’t become available.

“You have no idea what you’re passionate about until you give it a shot,” said Lewis. “If I hadn’t been given a guitar or a camera or whatever, I’d be doing something different.”

The 28-year-old talked about his rise to fame with Ben Haggerty, also known as Macklemore, and how timing was key to their success — particularly with technology.

“I don’t think I would be here in an interview if YouTube wasn’t in existence, if social media hadn’t been developed, or if these platforms for artists to promote and develop their own careers hadn’t become available,” he said. 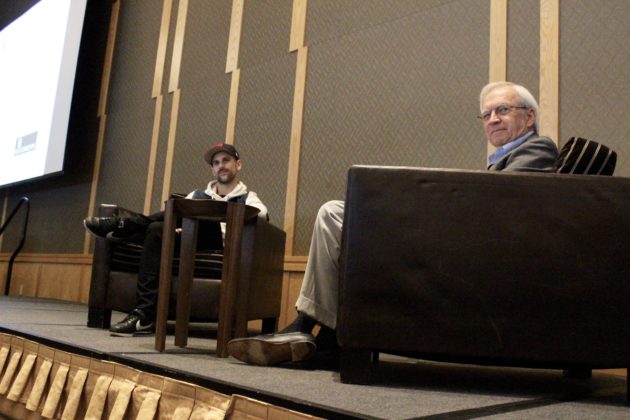 Lewis noted that with new technology tools, it’s easier than ever to reach fans and get “immediate attention or immediate connection.” But there are downsides, too.

It’s also harder than ever to get people’s long-term attention. That is really the challenge and one of the downsides to this rapidly changing culture. We are constantly being entertained by something new.

“It’s also harder than ever to get people’s long-term attention,” he said. “That is really the challenge and one of the downsides to this rapidly changing culture. We are constantly being entertained by something new. You see it in music — the album cycles are shorter than they’ve ever been. The ability for somebody to become very, very well known through the internet overnight is quicker than it’s ever been. To become absolutely nothing is also quicker than it’s ever been.”

Lewis said it was “fascinating” to see how different social media platforms gain popularity and specifically pointed to the simplicity of Snapchat.

“It has that particular feature that resonates with a wide audience with the stories and how they disappear,” he explained. “It’s this philosophy of nothing being maintained — it’s a completely different approach and almost counterintuitive to a Facebook.” 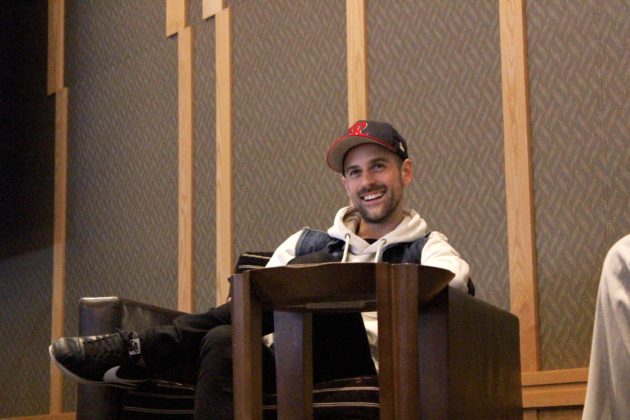 Lewis, who said he’s been working on a stealthy tech startup for the past two years, is a long-time geek himself. He noted his love for MS-DOS as a youngster and recounting the days of when he would help his teachers with computer problems.

“I think my entry point was being able to record my guitar with a computer — it was a cool alternative to a 4-track or an 8-track or some crappy tape machine,” he said. “From there, I got into an entry-level sequencing program that was essentially like a drum machine. And from there, it was just game over.”

The producer said he arrived at the event on Wednesday morning after pulling an all-nighter, as he was filming a music video on the “graveyard shift.” A member from the audience, which was made up of local business, civic, and philanthropic leaders, entrepreneurs, and educators, asked Lewis what he’d change in his life if he could “hit the rewind button.”

“What you lose in that is stuff that isn’t work,” he said. “It’s not really a regret, but more generally speaking, I’ve lost out on a lot of relationships along the way and a lot of just experiencing life for the sake of experiencing life when it’s not revolving around a goal or an accomplishment.” 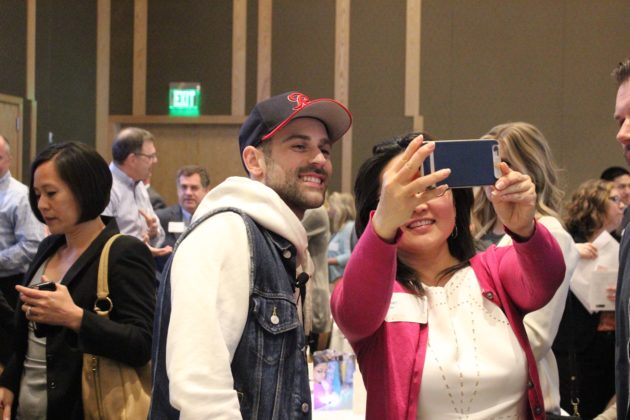 Another attendee, a grade school teacher from South Seattle, asked Lewis for any advice he had that she could share with her students.

“The process is so much longer than the result for almost everything all of us are doing,” he said. “When you are 10 and you are with friends making music or playing sports or doing whatever, I would say, enjoy that and try to keep that as the model for as long as you can. I think that it’s so easy to be living day-to-day, waiting for the payoff of the result or the conclusion or what’s in the future or what something is going to bring you. The process takes up the other 90 percent of the time, so hopefully in the process you love the people you’re surrounded by and you love the people that you are being curious with or playing music with or doing science with.”