Google today unveiled a huge new catalog of devices it plans to release in the coming months: a new smartphone, a virtual-reality headset and platform, its voice-activated home speakers, a new WiFi manager and the latest Chromecast.

Several of these products have one thing in common: They are backed by Google’s AI assistant.

“We want to make it easy so everyone, from developers to local businesses, can create these kinds of conversations,” said Scott Huffman, vice president of engineering for Google Assistant.

Here is a look at some of the new devices: 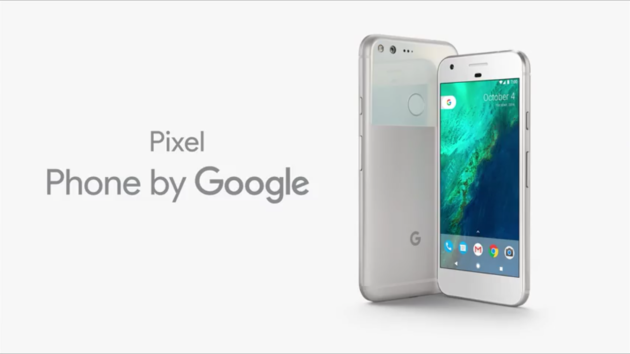 The Pixel smartphone is the “first phone made by Google inside and out,” said Sabrina Ellis, Google’s director of product management. And it’s virtual reality-ready. Google representatives touted the phone’s design, simplicity and integration with Google Assistant. Brian Rakowski, Google’s VP of product management, demonstrated some of the ways in which the assistant can help. It can play a song by an artist whom a user might be interested in seeing in concert, or read text messages to pull up information on a mentioned restaurant, and then tell the user how far the restaurant is from the concert venue.

For heavy users who drain their batteries quick, Pixel gives users seven hours of battery life on only 15 minutes of charging.

The other big feature of the phone is its camera. Rakowski said it has burst features that use artificial intelligence to pick out the snapshot taken at the right moment. It has settings to make low-light shots easier, and 4K video and HDR photo capabilities.

“This isn’t only the best camera we’ve ever made, it’s the best smartphone camera anyone has ever made,” Rakowski said.

Google is offering the Pixel phone exclusively through Verizon. The phone retails for $649, or $27 a month, and pre-orders begin today. 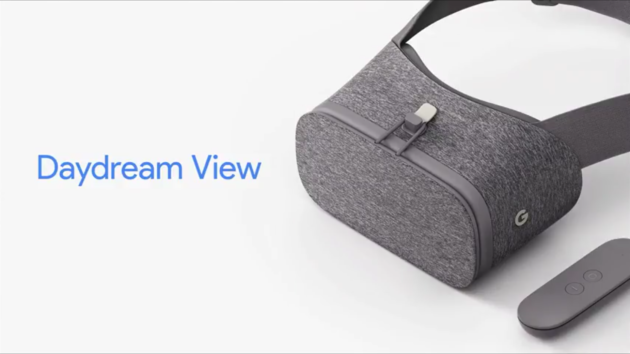 Next month, Google will release its first virtual-reality headset, along with the Daydream VR platform. And it will retail for a mere $79.

One of the most important aspects of the headset is comfort. Google designed it as if it were a piece of clothing, using comfortable fabrics and microfibers on the exterior. It also is designed to fit over glasses.

“The headset is important to get right, because it’s something you have to wear on your head,” said Clay Bavor, Google’s VP of virtual reality.

Ease of use was also key to Google. A small latch opens, and the Pixel — or any phone in a line of future VR-ready phones — drops in smoothly. The set also comes with a controller that can be stored inside the headset so it doesn’t get lost.

A great headset is nothing without content, and Google introduced plenty of that today. The highlight was a VR complement to J.K. Rowling’s “Fantastic Beasts and Where to Find Them.” The game lets players channel their favorite wizards and cast spells like the best of them.

Adrienne McCallister, director of VR partnerships for Google, said the entire Netflix, HBO and Hulu libraries will be available to watch on Daydream VR.

The highly-anticipated Google Home voice-activated smart speaker will ship Nov. 4, and it will retail for $129. That’s $60 less than Amazon’s Echo speaker.

The device was first shown at Google I/O in May, and it is similar to Amazon’s catalog of Alexa-powered smart speakers in a number of ways. Both devices are powered by virtual personalities. Google Assistant, which is already available in Google’s new messaging app Allo, is the tech giant’s answer to Amazon’s Alexa. The two virtual assistants can connect with other smart home devices and conduct voice search.

But Google Home has the entire Google search infrastructure behind it, something Alexa can’t say. It also remembers users’ preferences, so frequent Spotify listeners won’t have to specify to Google Home that they want to listen to music on Spotify. In addition, soon, Google Home owners will be able to play Netflix shows via voice control. Just like this: “OK, Google, play ‘Stranger Things.'”

In addition to these major releases, Google also announced a new WiFi managing system called Google WiFi, as well as the newest version of the Chromecast, which is compatible with the latest high-resolution 4K and HDR TVs.

Here is the full live stream of the Google hardware event in San Francisco: