The Wall Street Journal this week reported that the next iteration of the iPhone will not have a headphone jack, confirming rumors that have been swirling for a while. If the report turns out to be true, users will be required to connect using Bluetooth headphones or purchase headphones with a lightning connector. Those who wish to keep their current pair of headphones will be able to purchase a dongle to convert between auxiliary and lightning ports.

The ubiquity of the auxiliary port makes it so anyone with any phone or music device can plug into anyone’s car stereo, or use anyone’s headphones. Something this drastic is sure to create some waves and generate controversy.

GeekWire took the streets to gauge initial reaction to the reports, and discover what people actually want to see in an updated iPhone. Their answers are transcribed below, edited for clarity. 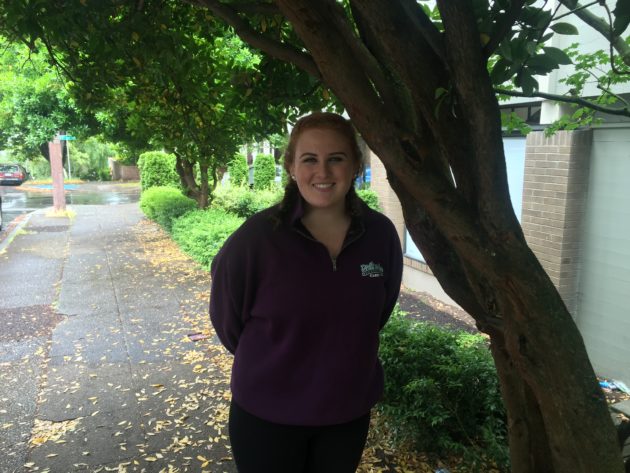 Brianna Laroy, University of Washington student: “I think a lot of students are going to be upset. Myself included… because my car, being a model year 2007, only has an auxiliary input. I don’t have USB or Bluetooth connectivity.  A lot of students like myself have cars that are of similar age. I primarily listen to music in my car, or through my headphones, so I’m definitely not thrilled about that.

“I think Apple is thirsty to make changes wherever they can make them. They want to make changes that are jaw-dropping. People are going to be upset by this, and I think they want a reaction whether it’s good or bad. It all depends, are people going to be die-hard for the brand? Maybe the popularity of the iPhone 6 will go up, and this could possibly be the iPhone that flounders. But people usually sleep out overnight to get the new iPhone, so who knows… I think people who drive older cars will be effected more so than others. I personally wouldn’t waste money on a phone without an auxiliary port because I don’t have wireless headphones either. Apple is going to come out with wireless or lightning connector headphones just so people will have to buy those AND the new phone and they know people will do it too, because a new iPhone is such a status symbol.” 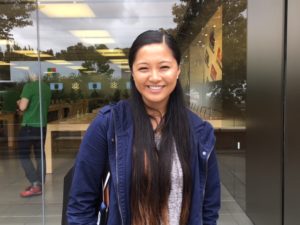 : “I personally would not like that. I’m not sure why they’re doing it in the first place, maybe it would stop me from buying an iPhone… I used to have Android but I recently switched to iPhone. I got the 6s Plus because I liked the size of it but I’m not too sold on iPhone so, I don’t know, I might go back to Android. I just got a new phone in November so it might be a couple years before I search for a new phone. I think it’s going to do damage to iPhone sales. I think the majority of people I know have iPhones and they use them on the go, especially to listen to music or to pass the time. I go to the gym a lot and use my phone so that’s going to be a bummer if people who go to the gym want to use their current headphones, unless they get wireless ones maybe. I think they’re moving towards that which is cool but not everyone has a bluetooth headset.

Laurel Fisher, graphic designer:  “I think it’s a little unfortunate because everyone is going to have to buy a whole new headphone set from Apple or a whole new bluetooth headset. Everybody already seems to be so in line with the auxiliary cord. I think it’s unnecessary to do that. But I guess eventually everything will be Bluetooth. It’s the way of the future, everything is going wireless it seems. I wouldn’t want to buy the new phone if this is the case, there’s something about plugging in your headphones and zoning out. I would also be apt to change so I guess I’m totally contradicting myself… Yeah, change is good, I could eventually warm up to it. Just not right now, ’cause I’m too poor to afford that. Maybe they should update the camera. I just upgraded to the iPhone 6 so I’m still getting used to that and I like it a lot, so I don’t really have too many negative things to say about it yet.” 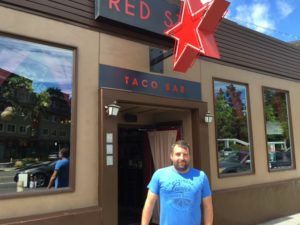 Billy Beckett, one of the owners of the Red Star Taco Bar in Fremont: “It’s ridiculous. I mean, you’re trying to reinvent something that has been the standard since I was a kid. It probably wouldn’t effect my decision to purchase the phone. I rarely use headphones. I Bluetooth into my car, I Bluetooth at home, so given the amount of times I actually use headphones it probably won’t affect my decision. I would like to see the battery life upgraded instead.” 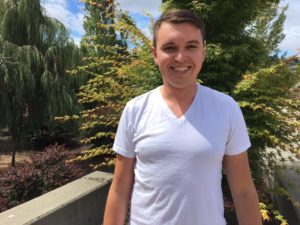 “I heard that rumor, and I don’t really like it because sometimes, especially when I’m flying somewhere, I’m listening to music and charging my phone at the same time. So I don’t like it because you won’t be able to do that anymore and I don’t really like Bluetooth headphones. It certainly would effect my decision to purchase the new iPhone, it wouldn’t be very handy for me. So I would probably wait for another iteration of iPhone that has an auxiliary port. I would prefer they gave it a stronger battery instead.”

Marvin Williams, assistant director. “I think it would be great. You still have options right? You just gotta upgrade to a Bluetooth, nothing wrong with that. I think it would enhance the likelihood that I purchase it. Most cars now have the bluetooth capability. For me, I go to the gym a lot with my phone and I would rather bluetooth than use a wire anyway to tell you the truth. I know a lot of people like the big screens, but I don’t watch a lot of movies or content on my phone. So I would rather have a smaller more compact screen.”