Having spent countless hours with Microsoft’s HoloLens device and learning about the potential of holographic computing, Sébastien Motte and John Howard are convinced that mixed reality technologies will be one of the next big innovations in the years to come.

That’s why the Microsoft veterans are teaming up to launch Loook, a new Seattle-based studio that helps businesses develop mixed reality and holographic applications.

Perhaps the most impressive part of Loook is the resumes of its founders. Howard was formerly a creative director on Microsoft’s HoloLens team, working with organizations like NASA, Autodesk, and Trimble to help them understand how this new mixed reality technology — which combines virtual reality and augmented reality — can create value and increase their bottom line. Previously he was a creative director for Xbox Fitness and was the lead designer for the original Halo game.

Motte, meanwhile, spent nearly 20 years at Microsoft and worked as an executive on the Xbox team before leaving in 2013 to start a business development and strategy consulting agency.

The co-founders, who met in 2000 at Microsoft, hope that their inside knowledge and experience working with HoloLens technology will give them a head start in a rather nascent industry.

Loook, which employs four, is partnering with Asobo Studio, a France-based company that has been at the forefront of HoloLens app development having shipped three of the pre-installed applications on the recently released HoloLens Development Edition.

The collaboration will have Loook spark initial meetings with a client, eventually zeroing in on potential mixed reality applications. That’s when the work will shift to Asobo’s 100 developers, who will execute on the vision.

The studio will focus on helping clients that align with its core vision, which is centered around creating meaningful technology that creates a more sustainable and livable environment. One use case the founders noted was with indoor agriculture. Farmers could use something like HoloLens to look at crops in a whole new way, combining both the physical and digital space into one view that helps improve productivity and efficiency. For example, the farmer could look at different plants and immediately understand why one was growing faster than the other without having to use a smartphone or tablet, or go back to his or her computer in the office. 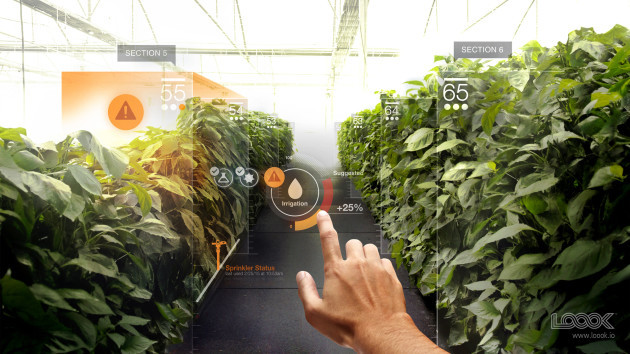 Howard and Motte are extremely bullish about holographic computing following the smartphone as the next major technology disruption. They are also betting big on mixed reality, versus virtual reality technology being developed by companies like Oculus and HTC.

Howard explained that mixed reality gives the user benefits of holographic computing, but still maintains a sense of the physical world. This gives people a better sense of scale.

“I can take information and bring it into the real world and put it in context,” he noted.

Another use case is an architecture or engineering firm that uses CAD software when creating designs on the computer. Employees could use holographic technology to help visualize how a structure might look, both inside and out. 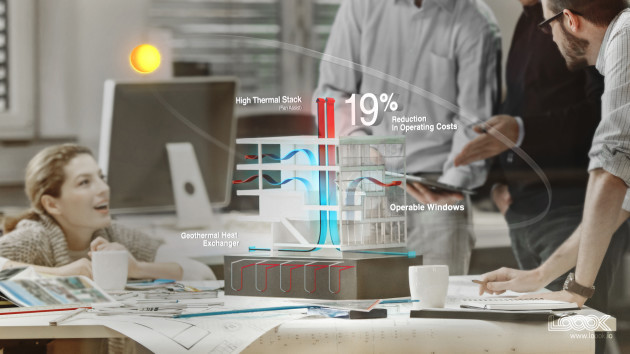 Howard said being able to work with the HoloLens team at Microsoft was “amazing,” but he ultimately decided to help launch Loook because he sees huge potential in this market.

“We are at this transition point with technology where we’re going from reading everything on TV screens or mobile and moving that information back into the real world, putting back in context,” he explained. “For me, the re-invention of how we think about using information and how we interact with it is best done with a small company.”

Motte noted that Microsoft is not a competitor of Loook, but more of a partner.

“Microsoft will need companies like us to provide expertise around the technology to other companies,” Motte said. “They definitely value us as a partner in the ecosystem.”

Loook is funded by the founders and Asobo, which is taking an equity stake. The company plans to add more employees and eventually work on consumer-related holographic technology.