Two companies have created a new, direct data connection between North America and Asia. And the U.S. terminus is an 86-acre facility, just outside of Seattle near the Puyallup Fairgrounds.

Wave Broadband, a gigabit fiber and broadband services company based in Kirkland, Wash., and Centeris, an infrastructure provider for IT and networking systems with data centers in Seattle and Boise, have partnered to create what they call the first transpacific broadband data and fiber hub.

The new hub uses Wave’s fiber network to connect enterprise, government and wholesale customers all along Pacific Coast, as well as key markets in Asia, to a new datacenter that Centeris is opening, located in Pullayup.

A connection to the hub will help facilitate transpacific data communications between customers, including computing, storage, disaster recovery, and cloud computing applications.

“The hub is kind of like an airport,” said Simon Lee, director of the Centeris board in a call with GeekWire. “It’s a place where a lot of services are gathered together in one location to facilitate communication across the Pacific.

“If you have a company, say, based in the US with suppliers in Asia, they probably communicate with [their suppliers] in a certain way already, but the systems that do the communicating tend to be located in a lot of different places,” he said. “What we’ve done is built a single location that allows companies to aggregate to those communications.” 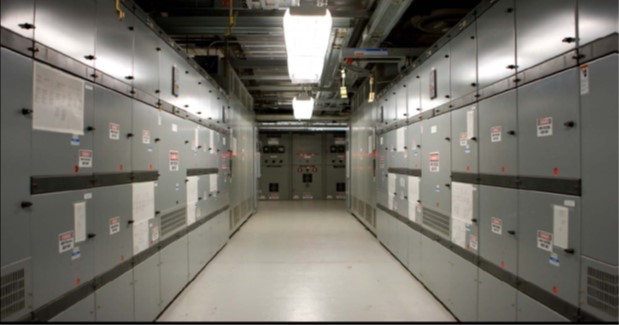 Centeris made an investment “in the 9-figure range” in the infrastructure for its new datacenter, a megacomplex located on an 86-acre campus. This included the purchase of communications equipment, generators that provide more than 50 megawatts of power, and data storage, he said.

Wave provided a direct fiber network connection from Centeris’ data center to existing undersea cables that run from Asia under the Pacific Ocean to certain spots on the West Coast.

To fund the expansion of its fiber network, Wave drew upon $130 million that it got from the sale of corporate bonds last summer, though some of that money also went to connect Wave to new markets throughout the Northwest, said Patrick Knorr, the Executive VP of Business at Wave.

“To be honest, hubs get formed all the time,” Lee said. “But here, we’re talking about the U.S. and Asia. These are the largest economic stories — have been for the last decade and will be for the next couple decades. The hub is an aggregation point between here and Asia and is the first of its kind to combine industrial IT power with networking power to drive transpacific data communications.”

The hub gives businesses economic and organizational benefits from having their data communications housed in one place, he added.

Currently, Wave operates a high-speed fiber network that stretches from the Canadian border in the north to California in the south, serving business — like the ones that will now be connected to Centeris’ data center — as well as residential customers.

With the addition of Centeris, Wave will be providing networking for more than 80 datacenters on the West Coast, a representative for the company said.

According to Knorr, Wave employs more than 1200 people, up from 1000 last summer, and now has more than 7000 miles of fiber lines along the Pacific coast.

The company is growing its fiber gigabit network “aggressively,” Knorr said, and will continue its expansion, building upon its connections to the new hub.