The device is built on the new Google Assistant, Google’s version of Alexa. While it follows Google Now’s footsteps, it improves on the Android-based assistant by letting users interact with the AI more conversationally. If you ask “Is ‘The Jungle Book’ any good?” then later ask “Where can I see that movie?”, Assistant will know that “that movie” is ‘The Jungle Book.’

Google Home itself is similar to the Echo in that it’s a wired, vertical speaker. But whereas the Echo is a sleek, black cylinder, the Home is a more organic-looking, white blob.

But the bigger difference is the multi-room support. Users can set up multiple Home devices throughout the house and even works with Chromecast and Chromecast Audio devices. That means you can ask the Home to play something on your TV.

The Home will launch this fall for an undisclosed price, but Google wants developers to start thinking about ways to integrate with the system. At launch, the Home will work with smart home stuff like lightbulbs and thermostat. Obviously, sister company Nest will be deeply integrated with the Home, but other devices should work as well. 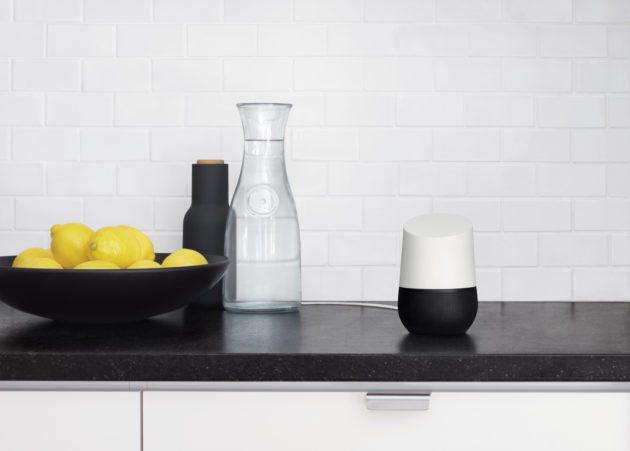 In the future, Google plans to integrate with other devices, calling out booking dinner reservations or buying flowers through the device. This functionality is something Amazon has been slowly building up ever since the introduction of the Echo, but it will likely take off for both devices as developers think of new ways.

The Google Home is the first major competitor to Amazon’s Alexa service since it was introduced less than two years ago. While Apple, Microsoft and Google all have voice-activated assistants, they’re currently restricted to mobile devices. The power of a stationary, always on device could prove revolutionary in coming years as more smart sensors and devices hit the market.

Update: This post has been updated from the initial rumors about Google Home to include the actual details of the device.