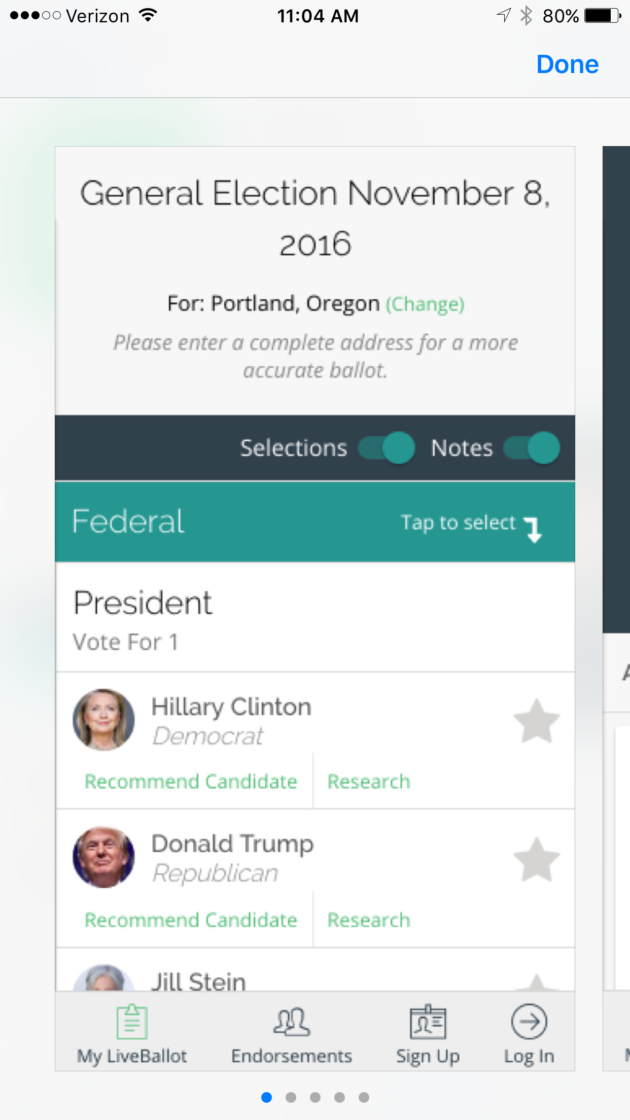 Just in time for the weirdest presidential election ever, Snoqualmie, Wash.-based voter information company Democracy Live has released a new app and website called LiveBallot, which lets voters see their ballots ahead of time and research candidates and ballot measures.

Users can’t vote on LiveBallot, but it does function as a personalized voter’s guide of sorts. Using voters addresses, LiveBallot displays digital replica ballots with everything from presidential candidates at the top of the ticket to City Council and county judge races. The app and website include information about the candidates’ experience, endorsements and funding, as well as a voter’s state and local ballot measures and polling place information.

Democracy Live said in a press release that only seven states send out voters guides, and most do in-person voting, often forcing people to make decisions on the spot. Washington state does mail out a comprehensive voters guide and has mail-in ballots, giving voters more time and opportunity to prepare.

“LiveBallot is the only app that delivers a customized ballot to each of the 200 million voters in the U.S.,” Bryan Finney, president and CEO of Democracy Live, said in a statement. “Rather than relying on yard signs and sound bites, we want to leverage technology to help voters make informed decisions and modernize the voting process. LiveBallot has the potential to reduce disenfranchisement, by making voting more efficient and less time consuming for voters. For the first time in election history, voters will have a virtual replica of their ballots on their personal devices, computers and in their hands ahead of Election Day.” 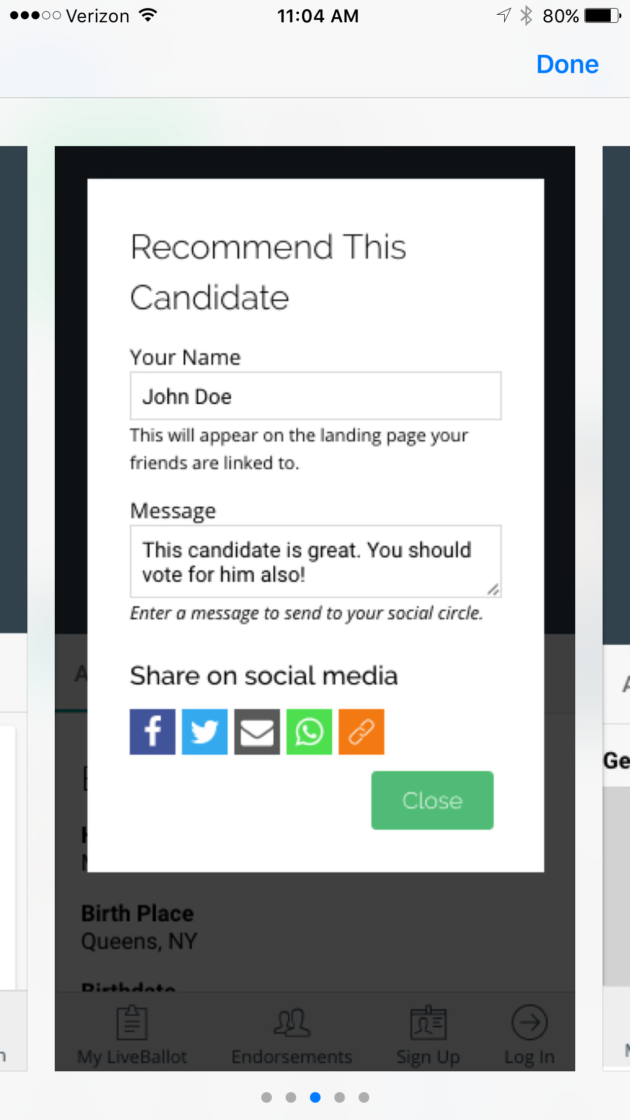 Democracy Live developed its app in collaboration with the University of Washington and used Microsoft’s Azure Government Cloud. It was started in 2007 with a goal of helping voters who find voting by traditional means difficult or impossible, such as disabled citizens, military, and Americans overseas. Democracy Live is a partner with the U.S. Department of Defense, and it has deployed its technology in hundreds of elections around the world.

Today’s launch of LiveBallot is significant because it is now available to every U.S. voter, not just those who struggle with traditional voting methods. The app is available on iOS and online.

For those who enjoy getting in political fights with family members on Facebook, the app also lets voters save their picks and share them on social media. More private voters can save picks they’ve researched in advance as a way to jog their memories on election day.