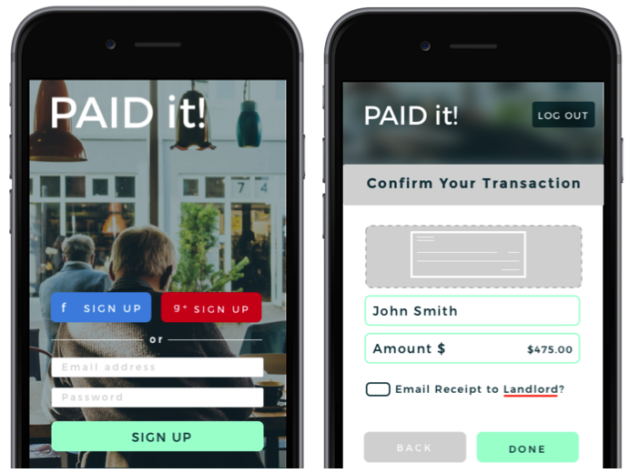 With the housing rental market so tight in many cities, the last thing a tenant wants is to get evicted.

So what happens if your landlord says that you didn’t pay the rent, but in fact you did — only you used a money order or paid with cash and don’t have a receipt to back your claim? That could land both parties in court, and potentially leave the renter homeless with an eviction on their record.

It was a scenario that Michael Cherry, a Bellevue, Wash.-based attorney, technology industry analyst and former Microsoft engineer, saw playing out again and again at the Maleng Regional Justice Center south of Seattle. He was doing pro bono work at the courthouse in Kent through the Housing Justice Project, an effort led by the King County Bar Association to provide legal help to low-income tenants facing eviction.

Now Cherry and a volunteer team of software engineers and designers are close to completing a free app called Paidit! that will assist tenants in this situation. The app will create documentation to help renters prove that they made a payment in cases where a paper trail is otherwise lacking.

The project was launched through the region’s inaugural Social Justice Hackathon hosted in November at Seattle University. Cherry and other attorneys and staff with the Housing Justice Project decided to pitch the idea at the event based on Cherry’s observations.

He thought about the renters who didn’t have bank accounts and settled their debts with cash.

“What if the tenant could take a picture of the money order and make their own receipts?” Cherry wondered. They could even shoot a selfie of themselves depositing the payment into a mail slot or payment box. When going up against their landlord, “it would be better than having nothing.”

Cherry presented the idea and assembled a team of six volunteers, many of whom were students, to help build the app. The group presented their solution at the Social Justice Hackathon Demo at City Hall in February.

Paidit! users will be able to snap a photo of their money order or cash payment, which will include info on when and where it was taken. They’ll be able to retain the image and information by sending it to their email account.

“The problem was really compelling,” said Destinee Evers, a law school student at Seattle University and program manager of the project. “It worked out really well because it was so new and so fresh. We were really excited to dig into it.”

Allison Borngesser worked on the user experience design for the project, but also took time to talk to Housing Justice Project clients who might be interested in the app. She and a colleague did in-person interviews, which proved revealing.

“You can only make so much of an assumption about the situation someone is in,” Borngesser said. The Paidit! team wanted to find out if people would be using the app short or long term. They learned that most of the people used Android platforms and Gmail accounts, and many were native Spanish speakers. The renters said online security was important. 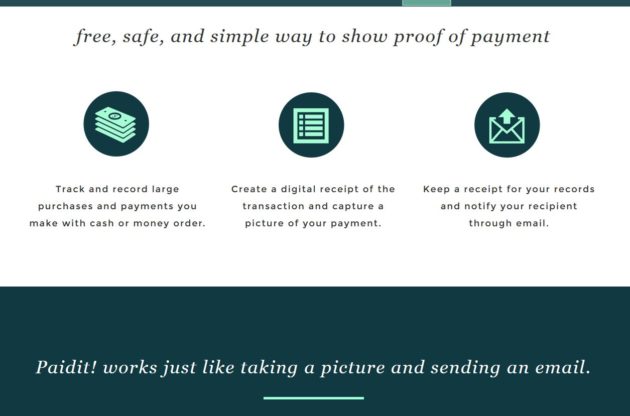 “If they felt that this service didn’t protect their information, they’re not going to even use it,” Borngesser said.

Since the effort is volunteer based, the team isn’t sure when the app will be ready for widespread release, but they remain committed to polishing the product and releasing it soon.

Cherry is reviewing the approach with attorneys and judges to ensure that the information being collected by Paidit! would be sufficient to help tenants. He’s asking others in the legal profession: “If we do it this way, does this evidence standup? Would you accept it in a court case?”

He figures that Paidit! could be useful for situations beyond paying rent, since people who lack bank and checking accounts are likely paying a variety of bills with cash or money orders. Cherry’s already wondering about other legal assistance that could be provided through the app. Another challenge that clients face is sorting out their rights when their apartment or house is in need of repairs, or utilities aren’t working.

“If we can chip away with these simple little apps, then the courts are freed up” to address other issues, Cherry said. He wants to help educate tenants and provide them needed legal resources, so that renters and landlords are “on equal footing.”

And it appears that he has the tech support to help make it happen.

“It comes down to passion,” said Borngesser. “You have a problem you want to solve, and it’s not making the newest, flashiest thing — but it matters to somebody. … Money isn’t the driving factor in this. It’s how you help someone in their day-to-day life.”