Imagine sitting at an intersection, waiting for the light to change, when your dazed reverie is interrupted by a drone landing on the stoplight.

That future might not be too far off if Amazon moves forward with an idea to install drone docking stations on top of street lights, power poles, cell towers, and other existing structures.

Drones could land on these birds nests to recharge, receive routing instructions, and take shelter during unexpected bad weather, according to a recent patent filing, as first reported by Patent Yogi.

Amazon is moving forward with plans for a major drone delivery option, despite last month’s regulatory setback. In June, the FAA issued its final rules for commercial drones, limiting them to the visual line of sight of the operator and prohibiting flights over people who are not involved in the drone operation.

The regulations were a blow to Amazon, but the FAA did say that certain rules (like the line-of-sight provision) could be waived if the operation is proven to be safe.

Amazon has threatened to take its drone operation overseas if regulations in the U.S. become too burdensome.

Here’s a look at Amazon’s vision for the drone docking stations: 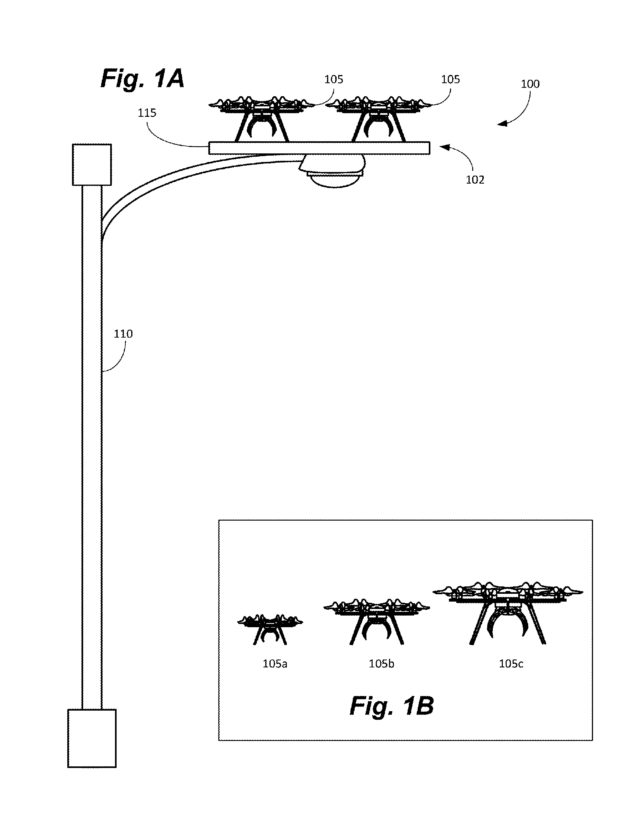