ATLANTA, GA. — Technology giants Adobe and Microsoft announced a strategic cloud partnership at Microsoft Ignite on Monday, with each company throwing its weight behind the other in some of the most hotly contested sectors of the industry.

Speaking on stage at Philips Arena in Atlanta, Microsoft CEO Satya Nadella said the announcement marked a “massive, massive milestone” in the partnership between Microsoft and Adobe.

“To me, it marks the core of the product transformation and the business transformation that you are leading,” Nadella told Adobe CEO Shantanu Narayen.

Narayen, standing alongside Nadella behind a screen that read “Adobe <3 Azure,” said Adobe was attracted to Azure by its global scale, trust, compliance, and machine intelligence. 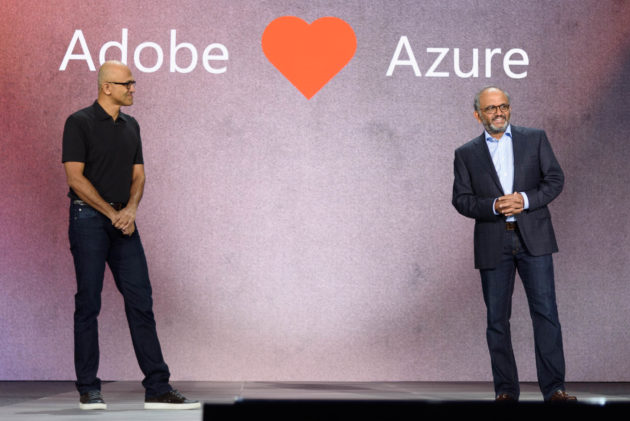 Microsoft will also make Adobe Marketing Cloud the “preferred marketing service” for its Dynamics 365 Enterprise edition as a result of the new partnership. Microsoft and Adobe are competing against Salesforce, IBM and Oracle and others in customer relationship management and marketing technologies.

The two companies will collaborate on data integrations “to create new data-driven sales and marketing capabilities,” according to a press release. Third-party developers and partners will be able to utilize the data integrations across a new shared ecosystem, the companies said.

“One differentiating capability across the Microsoft Cloud is the sheer volume and data that we can harness from traditional relational constructs that might live in one data center, to unstructured data in the cloud,” Judson Althoff, executive vice president for Microsoft’s Worldwide Commercial Business, told a group of reporters and analysts on Sunday evening. “We are passionate about enabling customers to create a data estate so they can build intelligence on top of the same.”

Neither deal is exclusive, but rather described as “preferred.”

Total subscription revenue was up 41 percent from the year-ago quarter.

“Our leadership in cloud-based content and data platforms make us a mission critical partner to the world’s biggest brands as they transform how they engage with their customers,” Shantanu Narayen, president and CEO of Adobe Systems, said in a press release. 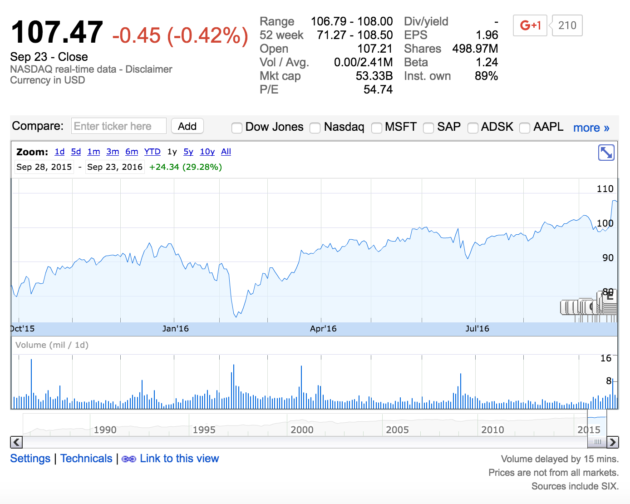 Adobe previously partnered with Microsoft this year for integration with Microsoft OneDrive. The two companies have collaborated on other projects around Windows 10 and Surface Pro.

Microsoft competes with companies including Amazon, Google, and Oracle for cloud computing-related products. Morgan Stanley’s 2016 CIO Survey predicted that Azure will edge out Amazon Web Services by 2019 for both Infrastructure as a Service (IaaS) and Platform as a Service (PaaS).

Scott Guthrie, executive vice president of Microsoft’s cloud division, will give a keynote at Ignite starting at 6 a.m. Pacific. Stay tuned for more details related to the Adobe partnership.