Seattle-based wedding planning startup Joy began almost by accident, as a side project by then-Microsoft employees Vishal Joshi, Michael Bach and Adobe engineer Kaiwalya Kher, after creating an early version of their technology for Bach’s sister and the guests at her wedding.

They ended up in Y Combinator through serendipity, when a partner at the prestigious Silicon Valley startup accelerator program contacted Joshi about acquiring a domain name, and ended up suggesting they go through the Y Combinator application process.

They applied, and to their surprise, they were accepted.

Joy was ultimately named one of the top 7 startups in its Y Combinator class by TechCrunch, and the company emerged from the program with $4.5 million in funding from well-known investors.

But now the startup is preparing to make a very intentional move: Joy and its team will be relocating from Seattle to the Bay Area early next year. It’s a strategic decision to position the company for growth in the competitive market for wedding planning technology and social tools for events.

Joshi, the company’s co-founder and CEO, joined us this week at the GeekWire office in Seattle for a conversation about the creation of Joy, its startup journey so far, the house the company rented during the Y Combinator program, Seattle vs. Silicon Valley, and where the company is headed next.

Listen to the podcast below, or download the MP3, and continue reading for highlights.

Despite the existence of big players in wedding planning technology, Joy sees a big opportunity to build something valuable.

“The wedding technology space is super-fragmented,” Joshi said. “That is the biggest issue. There are companies that have existed for decades, and the thing is that everything which is being built is not in some way connected.” 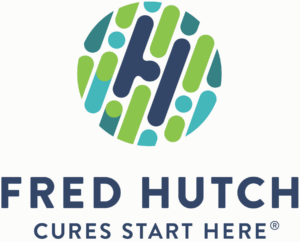 For example, he said, someone might use The Knot to build a wedding website, track a guest list on an Excel spreadsheet, call a relative to get their address to send the invitation, which probably doesn’t match the wedding website, which doesn’t match your app. For photographs by guests, a bride and groom might rely on an Instagram hashtag.

Joy’s technoloyg brings elements like that together into a single service.

Of the company’s planned move to the Bay Area, Joshi said, “This is really bittersweet for us, because most of our families are here, everybody’s family is here, and we are Seahawks fans, too. For the longest time in Silicon Valley I was wearing hiking shoes, and people would look at me like, ‘What’s going on?’ ”

He continued, “We really like the Pacific Northwest a lot, but the truth is that here [in the Seattle area] the place is very attuned to high-tech stuff, cloud stuff, and for making a big company even bigger. For making a company which is something very small into something [bigger], the ecosystem around it is way less” in the Seattle region.

Joshi said they were ultimately swayed by the “serendipity and the ecosystem around startups” in Silicon Valley. For example, he recounted meeting an investor randomly in an UberPool, and one of the founders of Instacart at a home improvement store.

Despite the presence of wealthy tech leaders such as Bill Gates, Paul Allen and Jeff Bezos in the Seattle region, Joshi said he doesn’t see the same degree of investment, engagement or coaching as he does in the Bay Area.

“There are so many people around [in the Bay Area] who constantly can tell you, ‘Oh, you’re facing this particular situation in the life of your company, and this is how you can tackle it, or this is how I tackled it.’ These people are available, very readily, to coach and mentor,” he said.

PREVIOUSLY: This startup wants to give you a free personal wedding planner

“We still hope to come back here someday, with the hope that we get to a state where we have no doubts that we will survive,” he said. “When we get to that stage, then we want to come back.”

But their ambitions are bigger than that. “People are starting to use Joy for a bunch of other things, like birthdays, vow renewals, musical events, sports events. We use Joy for our office. Our entire Joy journey is captured on Joy. So what we realized is that if you build a product which matches the event that is the highest-standard event of your life, which is your wedding, then all the other events can also be handled on Joy.”