When Vasu Kulkarni first arrived at the University of Pennsylvania as a naive freshman more than a decade ago, he needed to find the men’s basketball coach. After all, in his mind, he came from India to the U.S. to play college hoops.

“I literally walked around asking people how I could find the coach and they would say, ‘dude, I’m fairly certain you are not here to play,'” Kulkarni recalled. “I told them, ‘no, I was the captain of my team in Bangalore.”

The ambitious teenager eventually met Penn’s basketball coach, who gave him a dose of reality.

“I don’t know who you are and we did not recruit you,” he told Kulkarni. “You are clearly not here to play basketball.”

That perseverance not only fulfilled his goal of playing college basketball, but also showed Kulkarni how inefficient the coaching staff was when it came to breaking down and analyzing game film.

By the time he graduated in 2008, Kulkarni had a startup idea.

“The way they sat there and spent six hours chopping up film and taking notes on Excel and PowerPoint — there had to be software that could do it for them,” he said.

He validated the idea shortly after graduating, learning how almost every team — with the exception of professional and top college programs — used similar cumbersome methods to break down game film. 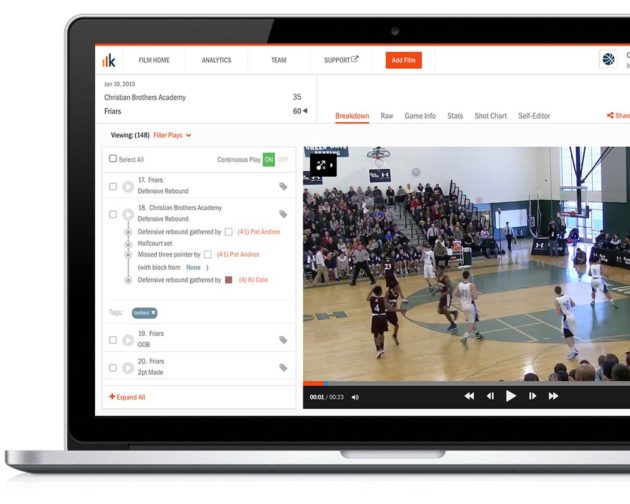 Krossover, based in New York City, has won over customers with the ease and efficiency of its platform. Teams simply upload in a video file of their game film to the platform — within 24 hours, they receive a fully clipped, tagged, and annotated version of the video that lets coaches quickly search for individual plays and the players involved. They also can see an array of data and visualizations that help coaches better understand how their team performed.

For example, a coach or athlete can come back the night after a game and run a search for each time the starting point guard drove to the hoop on the left side and made a lay-up — all within seconds.

“We are essentially providing NBA or NFL level stats to a team that could otherwise never be able to afford this,” Kulkarni said. 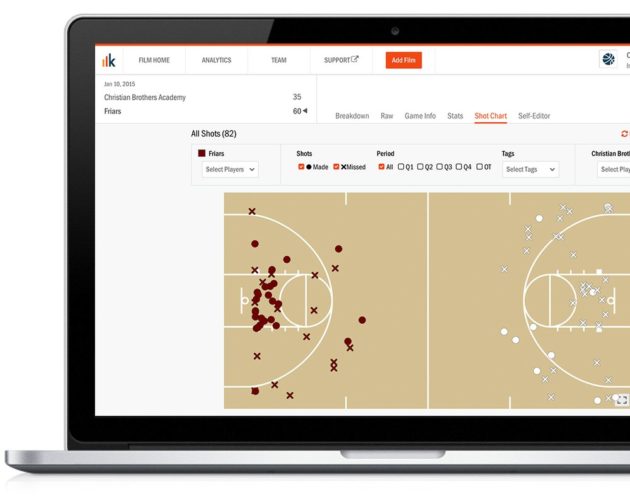 Kulkarni noted that most competitors don’t automate the tagging and clipping process as well as Krossover, which has raised $28 million to date. The tagging process is done by a mix of computers and humans, who sign up as contractors for Krossover, which hosts a “marketplace of sports fans” that help break down film, Kulkarni said.

“The analytics we generate because of the depth with which we break down film is off the charts,” he added. “For a high school coach to try and create 150 different stats by tagging his film, it would take him two days worth of work to get to what our software gives you.”

Added Kulkarni: “The secret sauce is in our ability to index so much video cost-effectively and accurately.”

Krossover’s product seems to be working, with thousands of teams using the platform for basketball analysis, in addition to sports like football, volleyball, lacrosse and others.

But Kulkarni sees huge potential beyond what his company has already built. He’s excited in particular about the vast amount of data and videos accumulated over time — the company has analyzed 50,000,000 possessions in 14,000,000 minutes of footage over a span of 350,000 games.

Kulkarni said having that content — think about each play from each player over the course of his or her youth and high school sports career — can help turn Krossover into a valuable media company.

“There is a massive opportunity to monetize amateur sports video that every major media site has tried to do, but no one has ever been successful with because aggregating that much content and turning it into snack-able clips that people actually watch is really, really hard,” Kulkarni said. “I hope that we cracked the code on how to actually create a profitable media company based on what we do.”