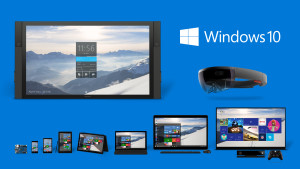 It seems one of the reasons for Microsoft’s “Windows as a Service” talk around Windows 10 has to do with the operating system’s launch window. In a session at the company’s Build developer conference in San Francisco, Microsoft Corporate Vice President Joe Belfiore said that the company is aiming for a strong PC launch and will push out the update to other devices later, according to a report by VentureBeat.

Furthermore, it means that some of the new features Microsoft announced this week won’t be available at launch. Support for Win32 apps inside the Windows Store, for example, won’t be available until after the OS launches in the summer.

People who are familiar with the progress of Microsoft’s pre-release Windows Insider Program are likely not surprised by the development. The preview of Windows 10 for phones is well behind the desktop preview of Microsoft’s next operating system.

Even if Microsoft was to release Windows 10 for phones at the same time as its desktop and tablet OS, the update would still face delays because it would have to be approved for each device by the different carriers that allow the device on their networks. That process has held up past software updates to Windows Phone and Android for months after their final launch.

The Windows Insider Program, which has offered early adopters a chance to try out Windows 10 before its launch, will stay ongoing after the final launch of the OS, and will allow users to stay on the cutting edge. Users will be able to choose between the shipping build of Windows 10, or staying on board with the preview.