For Eric Fredrickson, what started as a simple programming lesson with his daughter has turned into a full-blown coding school — something that the entrepreneur-turned-teacher has called a “dream come true.”

Fredrickson is the founder of Creative Coding 4 Kids, a two-year-old organization that runs after-school classes and week-long summer camps that teach software development skills to children ages 8-to-12.

After working for big companies like T-Mobile, dabbling in real estate investments, and founding a couple startups, Fredrickson decided two years ago that he wanted to find something new that really made an impact on the world.

The eureka moment came in early 2013, when Fredrickson was inspired to teach his 8-year-old daughter how to code after watching a Code.org video.

“We had so much fun,” Fredrickson said.

Given that experience, the Postcardly co-founder then thought it would be a good idea to also teach his daughter’s friends and Girl Scout troop. The response from both the kids and parents was off-the-charts.

At this point, Fredrickson realized he was on to something. He came up with the idea of a coding summer camp for elementary school boys and girls, and a few months later, Creative Coding 4 Kids was born with its first classes in the summer of 2013.

“From the first minute, I loved it,” said Fredrickson, a self-taught developer. “I love teaching kids how to code. It’s just so magical to them. Every programmer knows that ‘Hello World’ moment, that first time you get a computer to do something for you. Watching kids’ eyes light up when they go through it is just magical. I love it.” 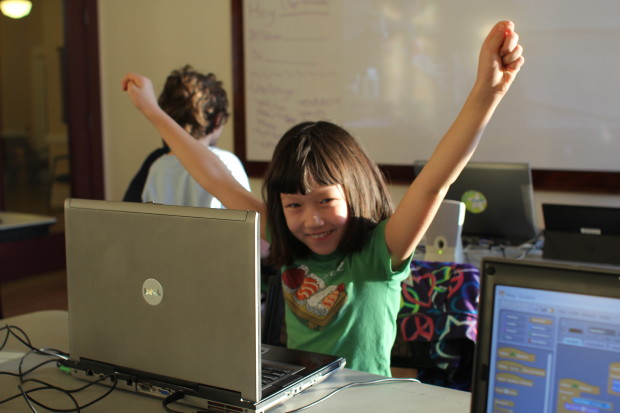 Clearly, Fredrickson had struck a chord — not only with himself, but also with other parents wanting to have their children develop computer skills at a young age.

“Parents would tell me that this was the best summer camp their kid had ever done,” he recalled.

After the first summer, with was largely an informal experiment, Fredrickson decided to go all-in and focus full-time on his new idea. He brought on another instructor and launched after school classes before the summer of 2014, when the program hosted another round of week-long camps.

Fredrickson also developed a unique style of instruction called the “creative coding teaching method” that he and his colleagues — there are 25 employees working with the organization now — use in their interactions with students. While the kids work through problems using Scratch, a tool built at MIT specifically for kids learning how to code, the focus is on self-discovery and creativity, rather than a traditional top-down teaching method.

“It’s more about harnessing kids’ own ideas and their enthusiasm for making those ideas work,” Fredrickson explained. “It’s about showing them how they can try different solutions and giving them the positive reinforcement they need to overcome their frustrations. We are teaching coding, but in a way where kids earn it and figure it out on their own.”

The inspiration for this technique came from Fredrickson’s experience as a youngster learning how to code with a machine language programming book and a Commodore 64. Instead of watching a professor demonstrate computer science techniques and then doing the same yourself, Fredrickson said that there’s a better way to learn programming skills. 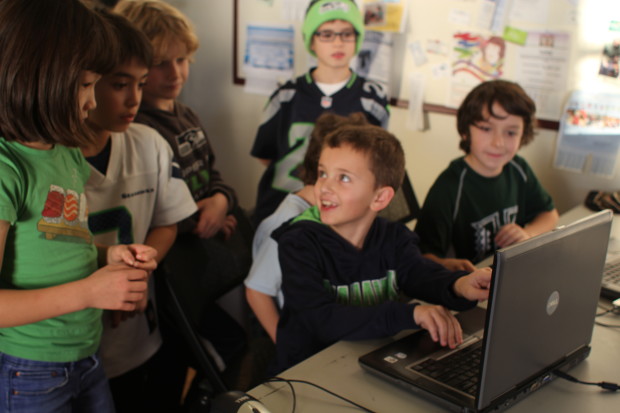 The “real way,” he said, is all about trial and error. It’s the process of debugging something, finding unexpected solutions, and following ideas as they arise. Fredrickson said he uses Minecraft’s Creeper monster — which was created by mistake — as an example to show kids the core tenants of computer programming.

“I want the kids to have that experience of creativity,” he said.

Fredrickson has made it a priority to keep class sizes small — no more than a 6-to-1 student-teacher ratio — and put his teachers through 100 hours of training before they start working with the kids. He noted how this has kept the quality of instruction high and ultimately led to the popularity of the program.

“What led to the growth is the parents seeing the kids being reluctant to leave at the end of the day, and having their children show them what they learned,” Fredrickson said. 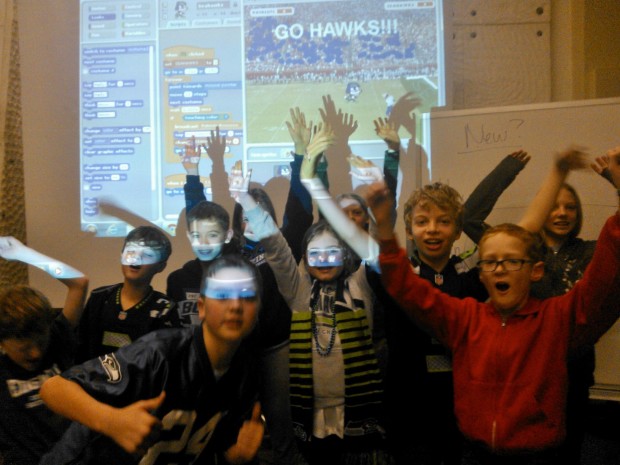 He noted that it’s important for kids to become exposed to the fun and encouraging aspects of computer science at an early age, particularly for girls who may develop pre-conceived societal notions about programming once they move into middle and high school. It’s also key as more and more jobs require even the most basic computer skills — not to mention the talent shortage for developers at tech companies, too.

“I tell the kids that computers are just like a box of crayons,” Fredrickson said. “It’s nothing more intimidating than that. Just like crayons, you can draw almost any kind of picture with a computer and you can make almost any image move around. That’s the attitude I try to help kids with.”

But Creative Coding 4 Kids, one of many new organizations nationwide helping youth develop computer science skills, is also a lot more than just learning how to code.

For Fredrickson, it’s more about life lessons that kids will learn when it comes to perseverance and persistence. He’s come to realize this after parents say their kids have changed their entire attitude about school and facing difficulties after taking a class or summer camp.

“Even with one summer camp, the kids really do look forward to starting a challenge,” he said. “They learn that the greater their frustration, the greater the elation. They anticipate elation, so they see a bug and say, ‘this is a great bug.’ That’s what makes me feel good about what we’re doing.”