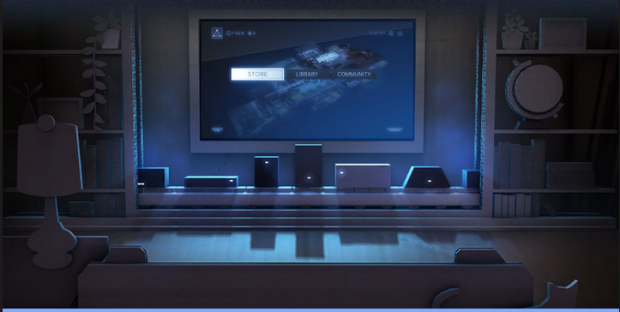 Valve Software’s quest to expand its reach in the living room is gaining steam with a set of new announcements today. The company announced plans to launch a low-cost box for streaming games to a TV, and said its long-awaited Steam Machine consoles will be available by the end of this year.

The $50 Steam Link box will allow for the streaming of content to a TV from a home gaming PC or one of the Steam Machine consoles using Valve’s Steam In-Home Streaming technology. (Users who need a controller will be able to buy a Steam Controller for an additional $50.)

That means people who have a killer gaming PC will be able to bring that content to their TV without investing in another console.

Speaking of Steam Machines, Valve said that consoles running its gaming-focused version of Linux will be released in November “at the same price point as game consoles, with higher performance.” Alienware and Falcon Northwest will be showing off their consoles at the Game Developers Conference in San Francisco this week, and Valve said it has another dozen partners lined up to release consoles in November.

Developers also get an interesting new tool in the form of Valve’s Source 2 game engine. It’s the successor to the technology that has powered all of Valve’s games since Counter-Strike: Source and Half-Life 2, which brings technical upgrades to developers working on games for Windows, Mac and Linux. Source 2 will be free to use for any developer who wants it.

As for the company’s newly-announced SteamVR platform, Valve says it will make a developer version of its virtual reality headgear available this spring, with a consumer version launching at the end of this year. The company is working with HTC to produce the headset, which hasn’t yet been priced. In addition to the headgear, Valve also unveiled a new room-scale VR tracking system called Lighthouse that can be cheaply integrated into “TVs, monitors, headsets, input devices, or mobile devices.”

Hardware manufacturers who want to incorporate Lighthouse can license the technology from Valve for free.

Today’s announcements offer the most complete glimpse at Valve’s roadmap for 2015 we’ve seen yet. The company is at least planning to make a big push into the hardware space by the end of the year, and the launch of Source 2 may be a signal that we’ll see new first-party games from the company in the coming year, too.