A few taps on our smartphones today will order us transportation, food, and now, security guards. 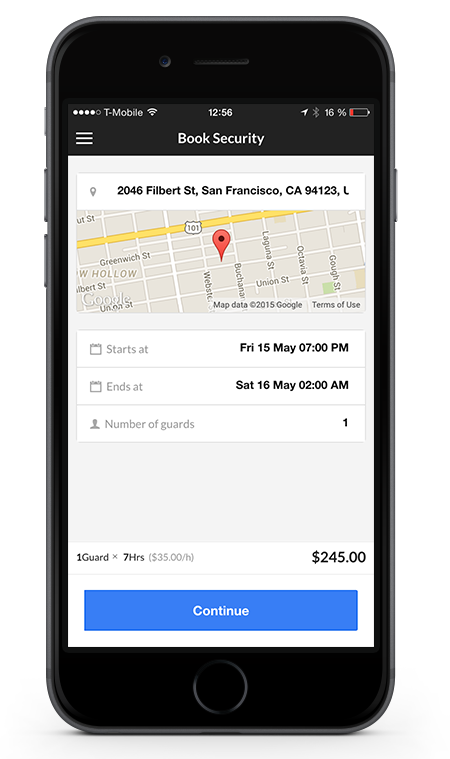 Bannerman is a new startup out of San Francisco that graduated from Y Combinator last year and is set to expand its service outside of California for the first time to Seattle.

The company lets users order unarmed security guards at any time of the day via its website or mobile app and have a bouncer show up within one hour. Co-founders Johnny Chin and Antoine Chevigne came up with the idea for Bannerman after living abroad in dangerous cities.

“We came up with the crazy idea of pushing a button on your phone and having security come to you,” Chin said. “After hacking together a first version in San Francisco, people started booking right away and the company has been growing since.”

The company’s customers thus far range from offices that need guards for a party — including the likes of Spotify and Zendesk — to bars and venues that need doormen or crowd control professionals. Guards, who pass background checks by the FBI and the Department of Justice, are rated by users on their performance and take a majority of the $35/hour fees, a small portion of which goes to Bannerman.

The 20-person startup is one of many new “Uber for X” businesses that, like Uber, utilize smartphone technology to help deliver products or services. Bannerman is currently available in San Francisco, Los Angeles, San Diego, and very soon in Seattle. The company said it picked Seattle because of its tech-savviness and an active nightlife.