Tully’s Coffee has just rolled out a new high-tech point of sales system that allows baristas to ring up a latte with the tap of an iPad.

The Seattle coffee chain’s system was implemented by San Francisco-based Revel Systems, which has developed cash register and payment processing software, as well as tools to manage schedules, payroll and inventory. Revel announced yesterday it raised $110 million in a third round of capital. 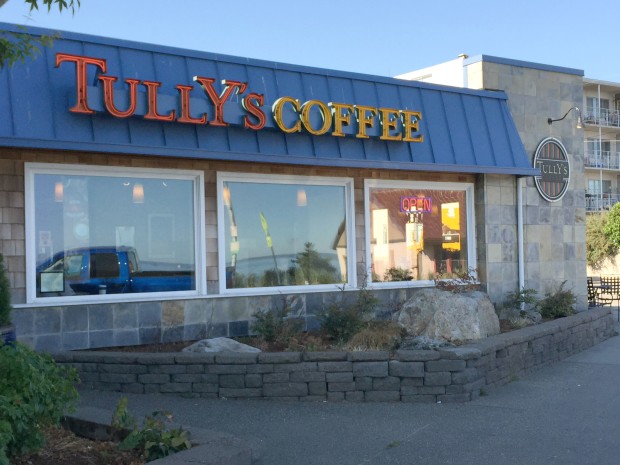 The roll-out appears to cover nearly all (if not all) of Tully’s Puget Sound locations, and includes 86 terminals at 46 stores. Some of the stores launched as recently as yesterday.

For years, cafes have used technology, such as offering free Wi-Fi, to attract patrons looking to login to the Internet while sipping their lattes. But more recently, coffee shops are finding that technology can also help get customers through the line faster.

One of the big proponents of this strategy is Tully’s cross-town rival Starbucks, which leverages its highly popular app that allows customers to pay for their order at the register using their phone. In December, it started rolling out Order Ahead, allowing customers to skip the line by placing orders from their phone.

Other players in the payment business that have helped smaller chains implement the latest technology includes San Francisco-based Square, which has received an investment from Starbucks, and is known for replacing clunky registers with iPads.

The Tully’s implementation, which is used by the cashier, appears to be focused primarily on digitizing the check-out process, rather than providing any new customer-facing technology.

This morning while ordering an old-fashioned doughnut and iced mocha at a nearby Tully’s, I experienced no problems using the system, although I found it difficult to make eye contact with the barista based on the position of the tablet. Another customer, who emailed GeekWire, did experience some problems, adding that the barista complained about the system being slow and not being able to see the full menu.

A Tully’s spokesperson did not immediately respond to emails seeking comment, and a Revel spokesman did not have the authority to speak on the coffee chain’s behalf.