Microsoft’s blue identification badges are so much a part of the culture that employees are sometimes called “Blue Badges.” And like many things in Redmond these days, those badges are getting an overhaul — thanks in part to one employee’s creative initiative.

The company is rolling out a major redesign of the blue badges, based in large part on a design concept published by Microsoft engineer Ahmet Alp Balkan in his spare time last year. The new design modernizes the badges and adds Microsoft’s new mission statement to the back: “Empower every person and every organization on the planet to achieve more.”

Given their prominence as a standard employee accessory, the badges are destined become one of the more visible symbols of CEO Satya Nadella’s push to reshape the company’s culture.

Microsoft’s Steve Clayton posted this picture of his new badge on Instagram.

Here’s what the badge has traditionally looked like, as diagrammed by Balkan last year. 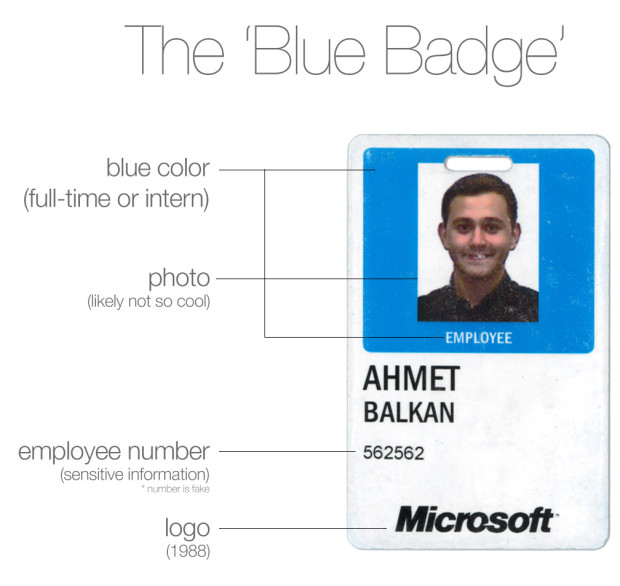 From a post by Balkan this week, this is how his concept design compares to the new design. 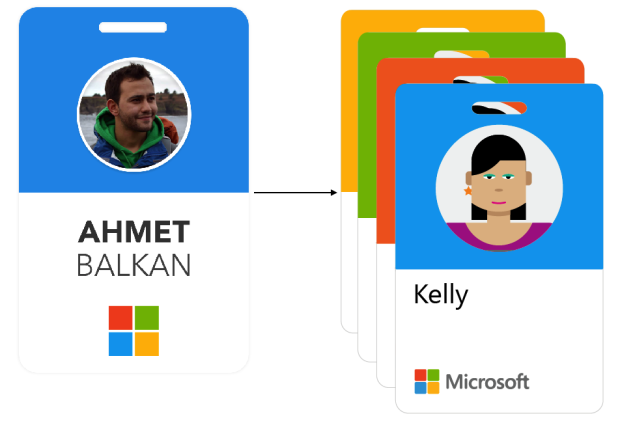 In his post this week, Balkan notes how the design evolved from his concept to the final version, including the left-alignment of the first name and the placement of the last name above and to the right of the picture, along with the employee number. But it still addresses many of the flaws he identified, including the opportunity for a much nicer picture.

He writes, “It is such a great pleasure to have designed something all my colleagues carry with them to work every day.”

“Something I spent a couple of hours on and the branding team has iterated over later on has turned into an everyday item that I am sure every one of the 100,000+ Microsoft employees out there will be proud to wear.”

By the way, it’s not just the blue badges getting an overhaul. We’re told that Microsoft’s vendors and contractors — the “Orange Badges,” as they’re commonly known — are also getting new badges in the same style.