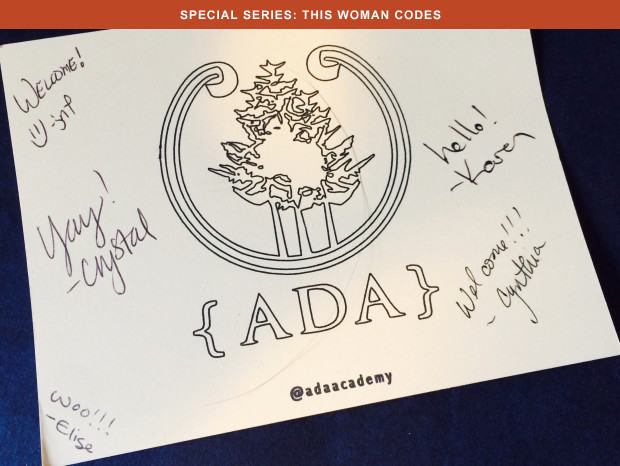 I’m a student in the current cohort at Ada Developers Academy (ADA), a yearlong program for women seeking careers in computer programming.

For those of you just tuning in, I was working as a clinical psychologist until March of this year, and I’m chronicling my career transition and experience at ADA in a series for GeekWire. My last column described the application process.

PREVIOUSLY IN THIS SERIES

After submitting my application, I waited nervously to hear back. After what felt like an eternity, I got an email saying I’d made it through the first hoop and would be scheduled for an interview.

The only workable time happened to be on my last day of work.

I tried my best to focus on the ADA interview, although I was having a hard time transitioning out of my role as a clinical psychologist. It was no easy task.

By this point, I had let go of the reins of a research program I helped build. I had said goodbye to colleagues I respect and enjoy. I‘d had emotional final sessions and goodbyes with my clients, people about whom I care deeply. I was a part of important changes in their lives, and it was difficult to leave before they’d all met their goals.

I was having all the feels.

I tried my best to focus on the ADA interview, although I was having a hard time transitioning out of my role as a clinical psychologist. It was no easy task.

The interview was held at Moz, ADA’s temporary home just blocks from Puget Sound in downtown Seattle. I took the elevator up to a modern tech office with an open floor plan. I was greeted warmly by Karen, ADA’s Sponsorship and Engagement Manager, and given some paperwork and a nametag. One other applicant was waiting. Two more arrived shortly thereafter, and we made small talk. We were all obviously nervous. 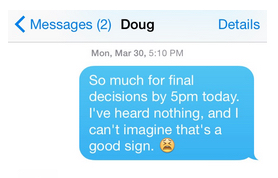 During the first part of the interview, I answered typical interview questions from a panel of three people while they typed notes about my responses into their laptops.

The spaces between questions were filled with the clicking of fingers on keyboards. Afterwards, I went back out to the lobby to wait for the second part. I was the first one there. As I waited, I worried that I should’ve said more.

The second part was referred to as a “technical assessment.” It took place in a kind of glass-walled pod in the middle of the office. There was a desk, a computer, and a kindly programmer who calmly described the protocol. It consisted of an analog pair-programming task involving logic puzzles that used coding-related concepts. Goats featured prominently in these questions. I didn’t finish them all.

Fortunately, before my interview, I’d talked to a couple of Adies from the first cohort. They both mentioned that they didn’t finish all of the questions during the technical assessment. If I hadn’t known that going in, I probably would’ve assumed I was out of the running.

When I left, I felt tentatively good about how it went. The more I thought about it, the less confident I felt.

Waiting is hard when your brain decides to inspect every possible thing you could’ve done wrong.

ADA said they’d notify us by 5:00 pm on March 30th, just under two weeks after my interview. At 5:10, after a day of impatient waiting, I went to get a consolation beer. Silence did not seem like a good sign. (I later learned that some sort of email snafu caused a delay.)

Finally, the next morning, there it was.

I read the email three times before I believed it. Then I started screaming and jumping up and down. My dog, Mabel, looked at me like I’d lost it.

I was in. I couldn’t stop smiling. Celebration followed.

GeekWire asked me to periodically write about my experiences at ADA. This is the third in a series of such articles. I’m eager to hear from others interested in ADA, programming, and increasing diversity in tech.