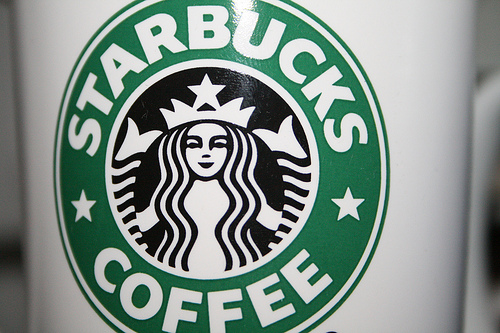 In financial results released today for its second fiscal quarter ending March 29, the Seattle-based chain posted net revenues of $4.6 billion and earnings per share of 33 cents (adjusted for the March stock split), both up 18 percent year-over-year and both Q2 records.

Comparable store sales were up 7 percent globally and also 7 percent in the Americas, with a related 3 percent and 2 percent increase in traffic, respectively. By the end of the quarter, there were 22,088 Starbucks stores, including its 5,000th store in China/Asia Pacific — up 1,511 overall in the past 12 months.

Shares of Starbucks were up 6 percent in after-hours trading.

Chairman and CEO Howard Schultz credited both Starbucks’ people and “customer-facing innovation” for the record results, saying, “Innovation is the force that will continue to drive our business and enable us to expand and increase revenues and profits — always through the lens of humanity — long into the future.”

The results seemed all about the word “record:” Starbucks Card loads hit a Q2 record $1.1 billion and a record 1.3 million more people joined My Starbucks Rewards, for a total active membership of 10.3 million. During its earnings call following the results’ release, the company tweeted that it has “over 16 million active mobile app users.”

For the final two quarters of its 2015 fiscal year, the company is reaffirming full-year revenue growth of 16-18 percent and its net number of new stores in the fiscal year at 1,650, with approximately 600 new in the Americas.

Among the innovations highlighted in the results were the expansion of Starbucks’ Mobile Order and Pay program in the Pacific Northwest, an advance order feature the company says “is now available in more than 650 stores in Washington, Idaho, Oregon and Alaska.” In the earnings call, Schultz indicated they were on track to roll the program out nationwide in 2015.

Starbucks also made special note of its expanded online education benefits with Arizona State University, covering 100 percent of tuition for all four years of college for its eligible employees.