Gary Rubens is already helping local startups get off the ground with financial backing. Now he’s doing the same for students.

It’s the largest gift from a single individual to the program since WSOS was founded in 2011, and the $20 million will also be matched by the State of Washington. Thanks to the Rubens Family Foundation, WSOS will have another $40 million to help put 6,800 students through a Washington state college or university.

“I grew up poor and did not have an opportunity to go to college because my family could not afford it, so I have a passion for those in need of an education,” Rubens told GeekWire. 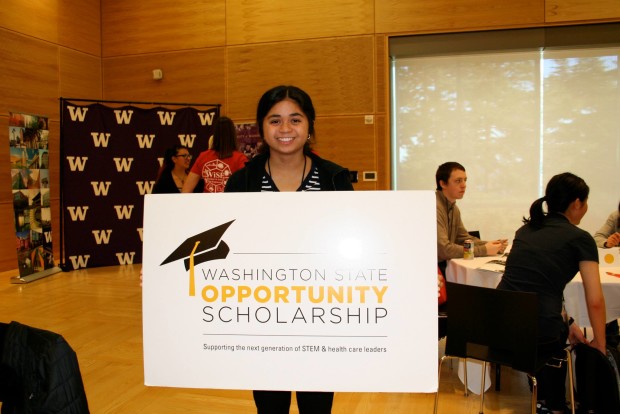 Rubens is a longtime Seattleite, first starting a manufacturing company in the hospitality industry and later launching a home furnishing and fixtures e-commerce site that was acquired by Lowe’s in December 2011.

Now he invests in more than 50 local startups and is chairman of his foundation, which has given more than $26 million to non-profits since 2013.

Rubens said he’s passionate about helping the startup ecosystem grow in Seattle and said his WSOS donation will open doors for tomorrow’s entrepreneurs — particularly those that may have not had the opportunity otherwise.

“These grants are specifically for underprivileged, low-income kids who are sometimes the first college attendee in their family,” he said. “We literally want to break the cycle and change the course of a kid’s life through education.”

Since program administrative costs are already covered by initial program funds — Microsoft and Boeing are putting up $50 million to help launch WSOS — every penny of Rubens’ donation will go to scholarships.

“This investment is a perfect example of the promise of the Opportunity Scholarship,” Brad Smith, Microsoft General Counsel and WSOS Board Chair, said in a statement. “It’s impossible to overstate the impact to students who otherwise couldn’t attend college this fall.

The Rubens are also providing a great example for Washington’s business leadership,” Smith added. “Companies across the state are hungry for diverse, skilled talent and the Opportunity Scholarship can help Washington lead the nation in cultivating a robust workforce to support a thriving economy.”

WSOS has awarded 4,400 scholarships to eligible Washington-based students in families who earn up to 125 percent of the median family income.

The $40 million will help double its impact, and the timing is good as the organization saw a 38 percent uptick in eligible applicants this year. WSOS noted that over half of its recipients are first-generation college students; 60 percent are female; and over half identify as students of color. Of graduates employed, 90 percent remained in Washington state.