I grew up around racehorses in California, so obviously I’ve been a Colts fan since I was a kid (because they’re horses). I enjoy watching the Patriots lose Super Bowls because of how frequently they’ve beaten the Colts. In recent years, I’ve been a Broncos fan because, well, they’re horses too and their quarterback is former Colt Peyton Manning — duh. My football preferences are entirely logical.

So, I don’t really understand the attachment of Seattle’s notoriously fair-weather fans to the Seahawks — especially after they defeated Peyton Manning and the Broncos last year.

I thought it might be useful to review for you all how little in common you have with your beloved Seahawks. Sorry, it’s not much.

For one, the Seahawks are way more educated than the average Seattle resident. From what I can tell, all of them have college degrees, whereas only 59.8% of you do.

And ladies, sorry, but all the Seahawks are guys. When it comes to gender, there’s simply no resemblance. The Seahawks are one of the most discriminatory boys clubs in Seattle. 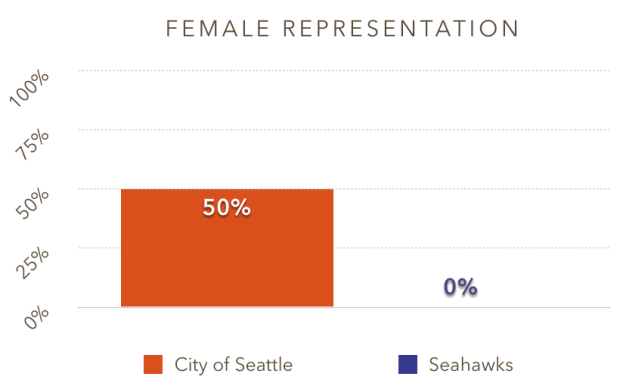 According to The Seattle Times, 12.9% of Seattle residents are gay, but none of the Seahawks are, at least not that they’ve said. 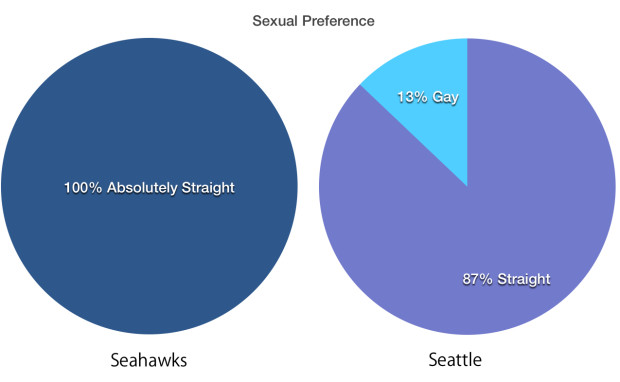 Honestly Seattle, you don’t look anything like the Seahawks either. 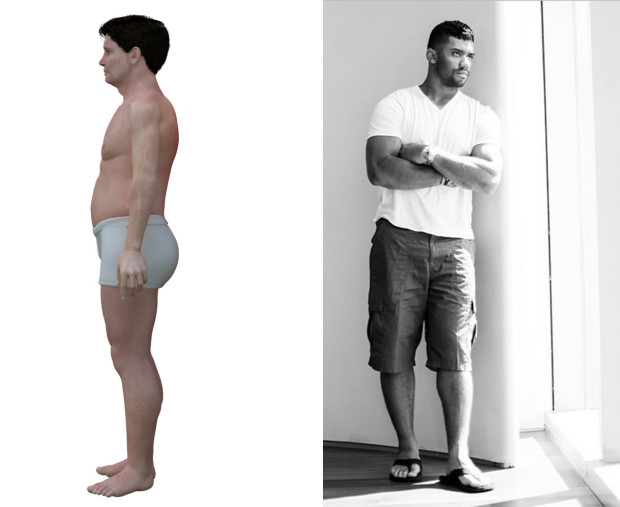 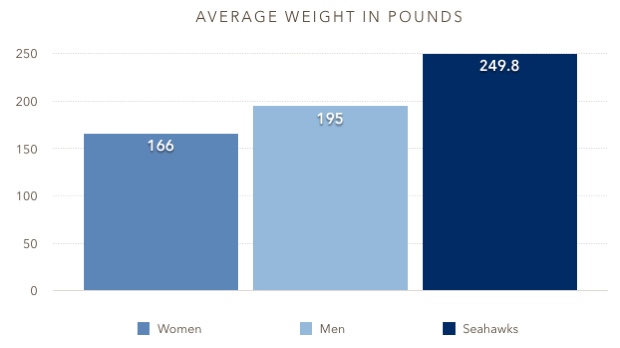 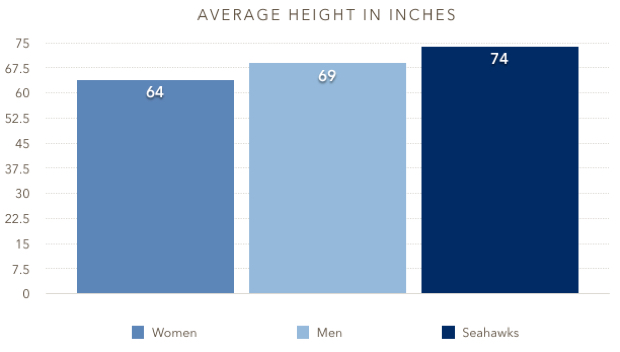 Seattle is the fifth whitest city and getting whiter; we’re 69.5% white and the Seahawks are 70.4% African American. 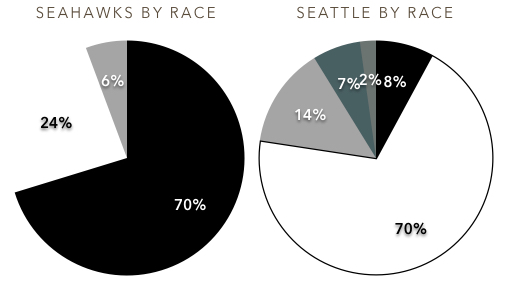 17.7% of Seattle residents are foreign born whereas only 1.3% of Seahawks are; Luke Willson of Canada is the team’s only emigrant.

When it comes to incomes, the Seahawks make way more money than you do. 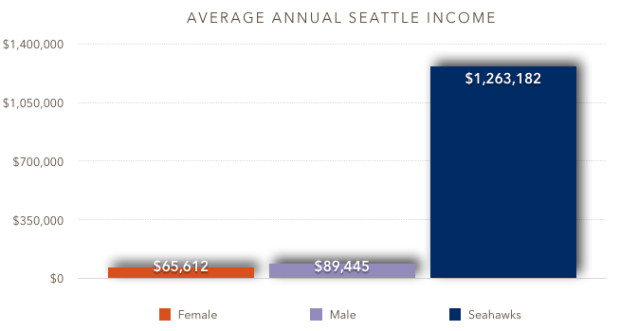 They make so much more than you I had to put shadows behind these chart elements so your average salaries would be readable.

Clearly, none of the Seahawks live in poverty, whereas 14.2% of Seattle residents do. Ever seen offensive tackle Russell Okung selling Real Change? No, you haven’t; he made $8.76 million last year. Okay, maybe Russell Wilson has, he earned only $662,434.

Over the next four years, Richard Sherman will earn up to $56 million; the next time you see him on television you should be thinking, “he’s THE MAN!” 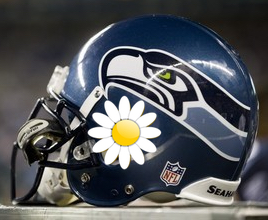 Seattle’s a proud military town. More than 5.6% of residents have served their country, none of the Seahawks have. From what I can tell,  they’re a bunch of ungrateful peaceniks. I’m surprised they don’t have daisies on their helmets.

When it comes to health, all of them have great health care whereas 11.5% of Seattleites are uninsured. 9.5 percent of Seattle residents have a disability of some kind whereas none of the Seahawks do – and let’s hope it stays that way. Football’s brutal – lately, I feel like I know too much now to watch it anymore. According to recent studies, 30% of Seahawks will end up developing Alzheimer’s or dementia up to 35 times more frequently than the average American. On the bright side, if they screw up in the big game, they’re unlikely to dwell on it as long as you will.

This team has little in common with you. I just don’t understand your excitement — especially those of you outside Seattle. They’re not the King County Seahawks or the Washington State Seahawks and absolutely not the Northwest or Cascadia Seahawks!

I’m talking to you Portland!

And New England “fans” – where is your team even from? Apparently most Americans, never strong on geography, are confused:

Rest assured, if the Seahawks beat the Patriots next Sunday, a small part of me will smile inside knowing that the team that defeated the Colts has been vanquished. It’ll just be too bad that Eli Manning couldn’t do it a third time, since he’s Peyton’s brother. To me, it’s all perfectly logical.

Notes on Sources: Generally, I used the US Census and City of Seattle reports for facts about Seattle residents. For height, weight and rates of dementia, I used national averages for Americans at large from the CDC and LiveScience. For Seahawks facts, I consulted NFL.com, ESPN and Spotrac. Seattle Times columnist Gene Balk is responsible for correcting my statistical errors.