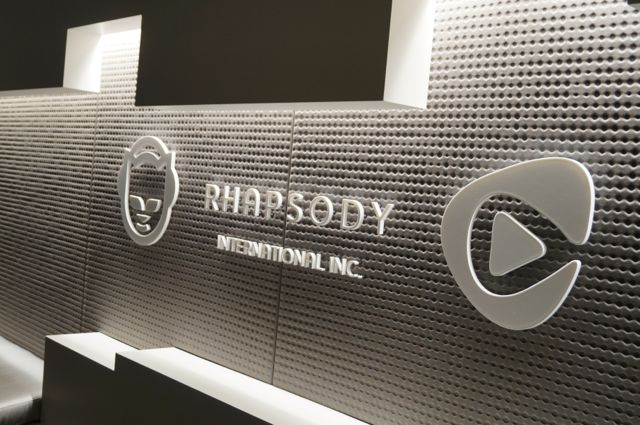 That’s a 60 percent increase from this time last year. Rhapsody hit 2 million subscribers this past July, and 1.7 million in April.

While the milestone is still a far cry from Spotify (15 million paid subscribers), it’s a sign that Rhapsody — one of the pioneers in the online music arena — is still relevant.

Rhapsody credits the subscriber increases to partnerships with companies like Audi and initiatives like a new Internet radio service called unRadio, which the company launched in partnership with T-Mobile in June and allows users to listen to songs commercial-free for $4.99 per month — half as much as the normal Rhapsody premium monthly service of $9.99.

Rhapsody also noted that 88 percent of its subscribers listen on the company’s mobile app, while 70 percent do so exclusively.

“Our decision to prioritize the mobile music experience is paying off,” Ethan Rudin, Rhapsody CFO, said in a statement. “We’re seeing a fast-paced transition toward mobile-only listening throughout our global base of members.”

Back in April when Rhapsody hit 1.7 million subscribers, Paul Springer, Rhapsody International chief product officer senior vice president for the Americas, told GeekWire that “it’s really us and Spotify and everyone else.”

“We believe strongly we’re clearly No. 2 and everyone else is fighting for No. 3 and we think the next year is going to be when the shakeout happens,” Springer said in April.

Founded in 2001, Rhapsody has stuck to a paid subscription model, in contrast with the popular freemium approach used by Spotify and others, which includes paid and free versions of its service.

Rhapsody moved into a new space at downtown Seattle’s Columbia Center last year. This past October, the company named Soundwall co-founder and former SignalSoft CEO David Hose as interim CEO, and said it was searching for a permanent CEO to lead the company.