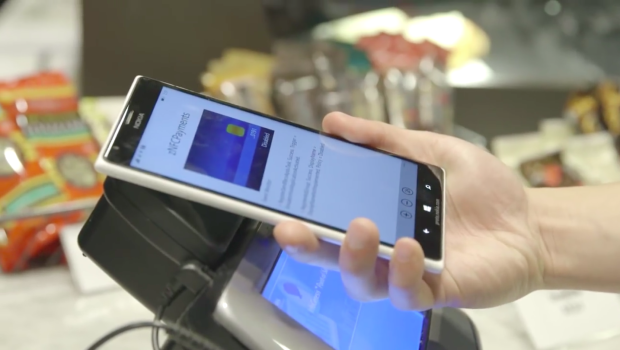 Not content to cede the realm of NFC-powered mobile payments to Apple and Google, Microsoft is in the midst of developing its own tap-to-pay service for Windows smartphones. Banking consultant Faisal Khan spotted an entry in the NMLS database that shows Idaho has given the Redmond-based company a license to transmit money.

Obtaining those licenses in each state is among the key steps Microsoft has to take before it’s authorized to handle money transfers. It’s not stopping with Idaho, either. The company has applications for money transfer licenses in all 50 states, and has registered to operate in those states with the U.S. Department of the Treasury’s Financial Crimes Enforcement Network.

All of this comes after Microsoft announced plans to offer a tap to pay service at its Windows Hardware Engineering Conference in China last month. Here’s a video from the conference (in Chinese) that shows how the system is slated to work:

It looks like Microsoft’s payment service plans may have been in the works for a while. The email address on the NMLS listing belongs to Melissa Zaineb, an attorney who joined the company in October 2013. Zaineb lists her experience with money transmitter licensing first among her areas of expertise on LinkedIn, indicating that her hire may have been part of Microsoft’s plan to offer a payment service all along.

For its part, Microsoft isn’t saying anything more about what it plans to do with the licenses.

“As a mobile-first, cloud-first company, Microsoft continues to evolve our offerings to meet the needs of both our commercial customers and consumers,” a company spokesperson said in a statement emailed to GeekWire. “Becoming a money service business gives us the flexibility to provide new, innovative cloud services to our customers but we do not have any product announcements at this time.”

This isn’t the first time Windows Phone devices have received NFC payment capabilities. Softcard (formerly known as ISIS Wallet) offered NFC-capable phone users the ability to pay with their smartphones, but the company’s app for Windows Phone was shut down after its technology was acquired by Google earlier this year. It’s important for Microsoft to get its own payments service off the ground, since the company’s competitors in the mobile space already have a foothold in the payment market.