It’s quite a compliment when one of the most prominent venture capital firms around calls you, “one of those 10x founders.” It’s also a lot of pressure.

But Rahul Singh knows how to move fast, and is well on his way toward living up to the hype with his startup, Distelli. 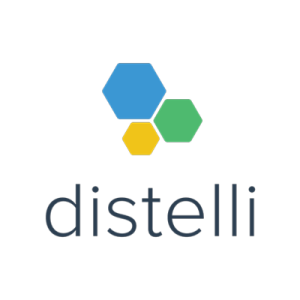 It’s that innate ability to get stuff done that attracted Andreessen Horowitz, the same venture firm that backed giants like Twitter, Facebook and Airbnb, to invest in Singh’s burgeoning DevOps business. Andreesseen Horowitz led the company’s first $2.8 million funding round in January.

The Seattle-based company is tackling the highly technical — and competitive — industry with an infrastructure automation platform. It’s born out of Singh’s eight-year career at Amazon Web Services, with the simple idea that even smaller businesses should have the backend system they need to deploy code with a single click. Amazon can already do that, and now Distelli wants to give everyone that same power.

Singh says he’s one of those people who has just always wanted to be an entrepreneur. Meet our new Geek of the Week, and continue reading for his answers to our questionnaire.

What do you do, and why do you do it? “Starting Distelli came from a realization that not everyone has the one-click deployment power of AWS. With the emphasis on ‘relentless’ customer focus, I wanted to give developers the power to solve problems with the capabilities of a large company in a single click. Without the hours wasted on waiting for code to ship, developers can spend that time improving the product for their customers and beyond.

At our core, we’re problem solvers. And when the customer has a hurdle to jump, we’re there. Being so focused on the end user takes us to really great places in productivity and success.”

I’m inspired by what I read — and I read a lot.

What’s the single most important thing people should know about your field? “If we all agree that software is ‘eating’ the world, it follows that giving developers tools to stay ahead of the changing landscape of DevOps is invaluable. What’s surprising is the amount of people still building internal tools and deploying code using their own scripts. Now they have the opportunity to use a unified platform for their everyday work.”

Where do you find your inspiration? “I’m inspired by what I read — and I read a lot. I’ve got something like 200 books on my Kindle, and I’m always working my way through nonfiction accounts of great leaders. We’re not talking self-help books or anything, but learning from Franklin Delano Roosevelt and other great leaders in the past is a fascinating way to see how we can shape our future. But when that’s not happening or I’m ready to relax for the evening, you’ll find me deep in a John Grisham novel or something new from Mark Bowden.”

What’s the one piece of technology you couldn’t live without, and why? “My phone. It keeps me connected to everything like nothing else can. That way I can be plugged into work and life whenever, wherever I want.”

What’s your workspace like, and why does it work for you? “Even though I’m a dev at heart, my leadership position requires a lot of attention to a lot of different areas. I’m all about screen real estate, so I’ve got a great setup for seeing everything on my plate — and then some.”

Your best tip or trick for managing everyday work and life. (Help us out, we need it.) “Be 100 percent focused on what you’re doing. Whether you’re in a meeting, writing code or at home with family, pouring all of your focus to your present task is how you get stuff done and be successful. When you have that consistency, you can tackle any task.”

Mac, Windows or Linux? “I use everything now, but I’m a Linux guy, through and through.”

Kirk, Picard, or Janeway? “I don’t watch a whole lot of Star Trek, but I would pick Picard. The man has principles, intelligence and rapport. Now that’s a leader.”

Transporter, Time Machine or Cloak of Invisibility? “Time machine — for sure. Guaranteed. All the way.”

If someone gave me $1 million to launch a startup, I would … “That already happened!”

I once waited in line for … “Tickets to see Pink Floyd’s The Wall at the Tacoma Dome.”

Your role models? “Jeff Bezos because he has a relentless focus on the customer and vision and focus on the long term. Elon Musk because of his amazing ability not to only visualize the future but to put together an ambitious plan and execute against it to realize that vision.”

Whether you’re in a meeting, writing code or at home with family, pouring all of your focus to your present task is how you get stuff done and be successful.

Best Gadget Ever? “My Kindle.”

Favorite App? “Google Maps. I use it all the time and it’s always been a great app, but it just keeps getting better and better.”

Favorite Cause? “Everything the Bill & Melinda Gates Foundation does to identify and solve developing world problems that we take for granted.”

Most important technology of 2015? “Aerial drones.”

Most important technology of 2017? “Though this was my initial answer for 2015, we’re going to see an amazing, refined product in self-driving cars in 2017.”

Final words of advice for your fellow geeks? “Again, focus. Give your passions persistence, work hard and the success will come.”