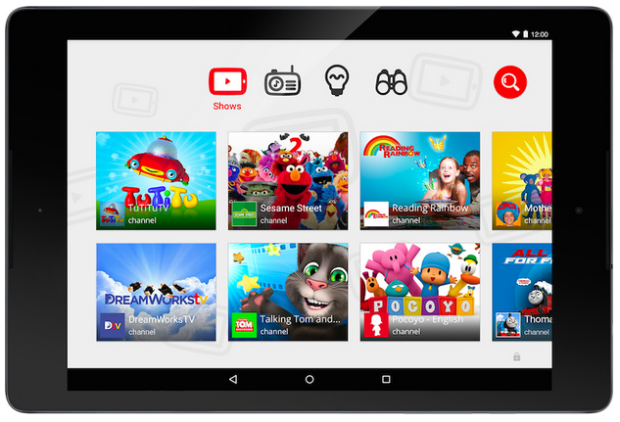 If there’s one thing I’ve learned about parenting, it’s that no one has any idea what they’re doing.

That strikes me as the right frame of mind to bring to apps like YouTube Kids, which launched Monday. The app serves kid-safe videos to our most naggy, impressionable viewers, which is handy. But some parents will assume it solves more problems than it actually does, which is harmful.

Keeping an eye on what kids watch is a job that never ends. Awful stuff is always a tap away. Clips are short, which multiplies parental decisions. And screens are portable, dragging media dilemmas everywhere you go.

We know too little to be lulled by breezy interfaces and clever features. Whatever these apps simplify, they might complicate something else.

I see three potential sticking points. The first has to do with portability.

“I cringe when I see families at restaurants together and each member has their eyes glued to their personal device, thereby bypassing an increasingly rare opportunity for familial engagement.”

In that article, Christakis — who has conducted much of the leading research on kids and media — wonders if the American Academy of Pediatrics should update its guidelines about kids and screens to acknowledge that touch screens make tablet and smartphones more interactive and therefore better than TV.

But their portability raises new questions.

Christakis is studying one way new devices could change the kids-and-media equation. But from what I can tell, researchers haven’t yet tracked how much more kids watch on the go, in bite-size, 2-minute chunks in the car or at the grocery store that pull them away from their environment.

We don’t really know the impact of that kind of consumption. Until we do, we can’t put too much trust on tech that promises to help.

The situation could be “a thin veil” that “just further increases the amount of consumption for kids,” said Wendy Sue Swanson, better known as Seattle Mama Doc, talking with me about video curation apps.

YouTube Kids is a big player in the space, but it’s certainly not the first. Content providers like PBS have been running kid-centered video apps for a while now. And startups like Seattle Techstars company Magicflix have already started the work of curating collections of kid-appropriate content from multiple sources.

Magicflix CEO Mamtha Banerjee used the timer on her oven to track how long her 2-year-old daughter could play with the iPad. Now 4, her daughter watches videos on Magicflix until its built-in timer, set by Mom, goes off. (Held back in the current version of the app, the timer will return with the next version, which is waiting for approval by Apple).

One of the use cases Magicflix was designed to address is when parents hand kids their phones so they can take quick breaks to do their own thing, Banerjee said.

That brings us to co-viewing.

The AAP recommends that parents watch programs with young kids both to monitor their viewing and to make it something to learn from.

But that can be tough when the screen is designed for one person. It’s tougher, too, when the family multitasks on the move. You can check in on what your kid is watching while he’s sitting in a shopping cart. But not while he’s sitting at the back of the car. 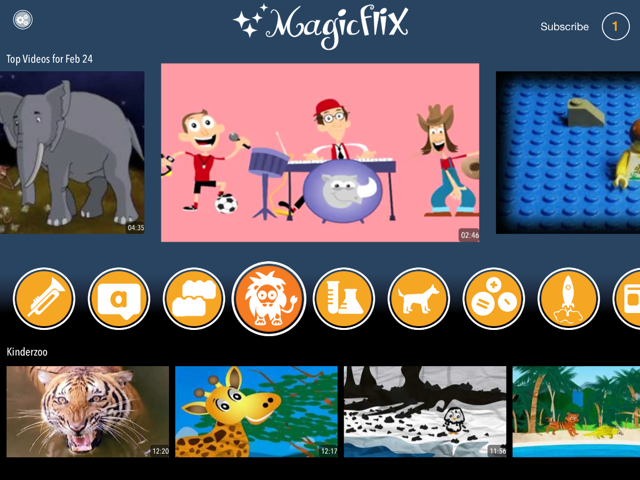 Kid video apps will filter out the nasty stuff, so there’s that. But while the preschool-age videos on both Magicflix and YouTube Kids are all fine, I found several I’d rather my son skip — because they’re frantic, overly caricatured or because they carry subtle messages I just don’t like.

I still want to curate the curation. All parents should, especially with new media, Swanson said. But there’s one thing I can’t filter out. This is the third sticky point: ads.

Magicflix does not run advertising on its videos. With its new version, due out soon, it will launch a $4.99 a month subscription service for active users. The first 20 minutes per day will be free.

YouTube Kids, on the other hand, plays videos with ads. This VentureBeat piece describes how they appear and how they contradict the spirit of the app itself: Parents can control of what kids watch, the app seems to say, but we’re going to let advertisers tell kids what they should watch.

This isn’t kids. This is business.

We parents don’t know what we’re doing, but we’d better keep doing it, no matter what tech comes along.