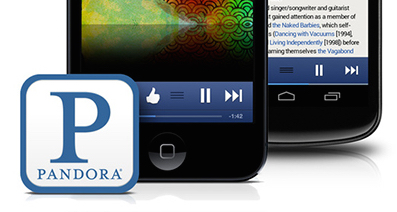 Pandora is going to be paying 20 percent more for every song its users stream, after the Copyright Royalty Board released a decision today hiking rates for streaming songs from $.0014 to $.0017 per play. It’s a pivotal ruling for the digital music company, but not as much as the music labels wanted.

Although the new price is set by a national government agency, it won’t affect other music streaming services like Spotify or Apple Music. Because Pandora operates more like a radio station than a huge music library, it’s actually able to stream just about anything for a flat rate, including Taylor Swift and Adele. Pandora is a “non-interactive” streaming service, meaning users don’t choose exactly which songs they’re hearing beyond selecting a general “station.”

Pandora rose more than 20 percent in after-hours trading thanks to the news. While that might seem counterintuitive, Pandora has been working on keeping this increase as low as possible for two years, hoping (but probably not expecting) to actually lower rates to $.0011 per stream. Investors are likely just happy to see the court battle is done and are welcoming the certainty.

@hunterwalk @MikeIsaac Investors want the certainty of knowing the rate. Question mark hanging over them for 2 years was bad.

While Pandora may be done with that battle, it’s still falling behind in the music streaming wars. With competitors like Spotify, Apple and Google all offering free components and arguably better new music discovery, the classic streaming service may have to move in a new direction to keep up. It may even ditch the non-interactive classification and put its Rdio purchase to use for a more modern streaming service.