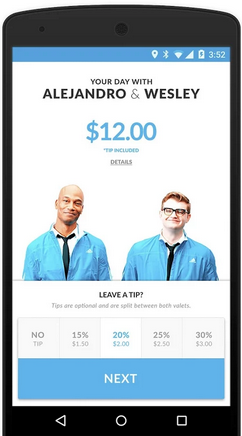 Parking in Seattle is becoming less of a hassle thanks to a couple new fast-growing startups.

This past September, Zirx launched its smartphone-powered on-demand valet service in the Emerald City and has seen huge demand since then.

But now Zirx will have some direct competition in the form of Luxe, which will arrive in town this April.

San Francisco-based Luxe, which today announced a $20 million Series A round, launched in October and will offer its valet service in Seattle within two months. The company currently operates in the Bay Area and Los Angeles, but will now expand to Chicago and Boston, in addition to Seattle.

Luxe lets people push a few buttons on its app to hail a valet driver who will pick up their vehicle in a set location, park it in a nearby lot, and return the car to wherever said person may be.

The app is very similar to Zirx, with a few differences. Luxe lets you park hourly ($5 per hour), versus Zirx, which charges an all-day $15 fee. Luxe caps its flat fee at $15.

“This is a huge differentiator for us in our existing cities where many people use us for doctor’s appointments, lunch, etc versus all day parking,” Luxe spokesperson Sarahjane Sacchetti told GeekWire.

Five bucks per hour is not a bad deal, considering that it’ll run you as much as $4 per hour on the street in much of downtown Seattle — that’s without a valet service, of course. 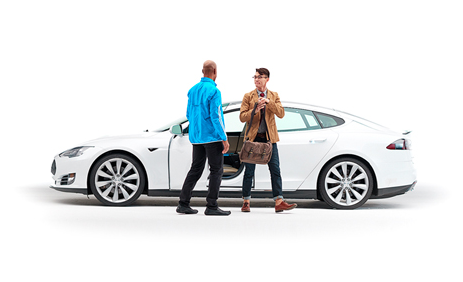 As far as the expansion to Seattle, Sacchetti said that “Seattle has hundreds of thousands of daily drivers, and according to fairly recent reports, has some of the worst congestion in the U.S.  — so it is a natural fit for Luxe.”

Similar to Zirx, Luxe has a comprehensive insurance policy for your vehicle itself and the agent, who is screened for driving records and background checks. It also pays parking garage operators to rent space it needs to store vehicles.

Luxe noted today that it has seen a 90 percent month-over-month growth in new customer sign-ups. In San Francisco and L.A., the average customer is using Luxe twice per week.

Zirx, meanwhile, has raised $6.4 million and is operating in Seattle, San Francisco, Los Angeles, and Washington D.C. Seattle is the company’s fastest-growing market.

Learn more about Luxe, which has raised a total of $25.5 million, here.